The African nation has produced truckloads of world-class cricketers, yet the World Cup always seems to elude them. Despite a poor 2019 World Cup, South Africa have slowly begun their road back to dominance, especially after a 3-0 drubbing of Australia recently.

With so many quality cricketers produced in South Africa, it was incredibly difficult to fit them all into an XI.

Opening the batting will be Hashim Amla and Quinton De Kock. I don’t think I’ve seen a classy batsman like Amla from South Africa. Despite his form declining in his latter years, Amla was close to unstoppable at the peak of his powers. Retiring with 27 ODI hundreds, Hashim Amla holds the record of the most ODI tons by a South African player.

His partner in Quinton De Kock is one of the best wicket-keeping batsmen in modern-day times. Debuting less than six months after playing in the 2012 U19 World Cup, De Kock has gone from strength to strength for the Proteas.

At the top of the order, De Kock has caused nightmares for opposition bowlers in his sleep. His glovework has been close to flawless, and his ODI record ekes him over Mark Boucher.

To play the anchoring role is none other than the legendary Jacques Kallis. Arguably the greatest all-rounder of all time, Kallis is South Africa’s leading ODI run-scorer with 11550 ODI runs. A player who had shots all over the field, one shot that always remains in my mind is him dancing down the ground against the spinners to hit sixes for fun.

Alongside his world-class batting, Kallis took 269 ODI scalps with the ball and showed that he was capable of changing the game with both bat and ball consistently.

At number five is my captain in AB De Villiers. until date, De Villiers remains the only ODI player to average over 50 and have an ODI career strike rate of over 100. Dubbed Mr 360, De Villiers’ was unstoppable in the middle-order for the Proteas. The perfect number five to up the ante regardless of the situation.

My number six is David Miller. Very few players are consistent in the middle-order with the bat and deliver most times. Bowl length deliveries to him and he’ll club you between long-on and midwicket. Very few players have the power and consistency Miller possess.

Talking of power and consistency, my finisher is Lance Klusener. A world-class batsman down the order, Klusener used his brute force to pummel bowlers all over the ground. His medium-pacers weren’t bad, casually picking up 192 ODI wickets in his career. A highly underrated all-rounder that nearly knocked out Australia in the 1999 World Cup (sorry Proteas fans).

My three frontline seamers are Shaun Pollock, Dale Steyn and Makhaya Ntini. All world-class bowlers in their own rights who created a great legacy on South African cricket.

My lone spinner is South Africa’s greatest white-ball spinner in Imran Tahir. Forget his quality wrist-spinners, his celebrations itself warrants himself a spot in the XI. Bloke gave his all for the Proteas with the ball and always wore his heart to his sleeve. Cricket fans can hope that he will have one last hurrah with the Proteas in the 2021 T20 World Cup. 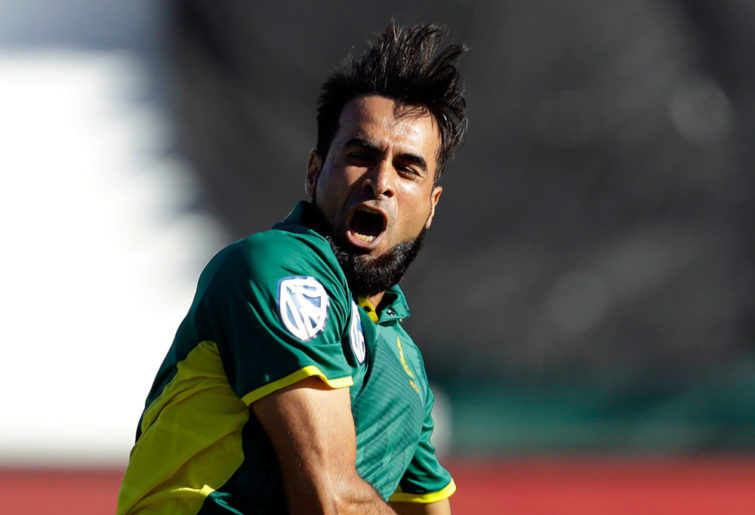 This is how the South African XI shapes up in the end.