Whether it comes now or later, at some point the Hawthorn Football Club will have to change their strategy and begin replenishing their list through the AFL draft.

It’s a cycle that comes around for every team, and through a combination of masterful coaching and well-targetted poaching the Hawks have managed to avoid it for longer than most. But it can’t be avoided forever.

Why should clubs seek to draft rather than trade? The argument is often made that the draft is a ‘lottery’ with no guarantees of success on an individual or team level regardless of how early your selections are in the order.

And this is, in a sense, correct. Even early selections might have their careers derailed by injury, or simply turn out to not be that good. The likes of Paddy McCartin and Jack Watts are good examples.

Still, even a basic analysis shows that earlier picks are more likely to produce quality players. No individual selection is a guaranteed success but put enough investment in and eventually the weight of numbers will fall your way. Draftguru’s pick value comparison shows a good illustration of this.

One of the biggest challenges of drafting is that it’s difficult to predict how a player will handle the transition to AFL level both on and off the field until that move is made. Trading for established players is appealing because the player is a known quantity.

What’s not often acknowledged when it comes to trading is that you pay more to get less. If you’re trading in a high-value player, it’ll cost you more than it would have to draft them, even though they’ve already played part of their career elsewhere. You’re paying the price they’ve raised themselves up to, but you’re only getting the years they have left.

Consider for example Tim Kelly. West Coast could have taken him with pick 21 in the 2017 AFL draft, but instead let him slip to Geelong at pick 24. Then, two years later, the Eagles had to cough up two first-round picks plus more to lure Kelly across – and with two fewer years of football left in him than at the first opportunity.

Tim Kelly is, at last, an Eagle. (Photo by Daniel Carson/AFL Photos via Getty Images)

That’s an extreme example, but it illustrates the issue. Drafting players provides better value over the long term, while trading for players provides greater certainty and immediate impact. Combine the two with the right proportions and timing, and it makes for a successful list.

Hawthorn did just that to construct their three-peat side of 2013-15, acquiring elite talents like Luke Hodge, Lance Franklin and Cyril Rioli via the draft, then using trade acquisitions to find the missing pieces with players like Brian Lake, Jack Gunston or Shaun Burgoyne.

However when the majority of those players began to finish their careers around 2016-2017, instead of going back to the draft for a new generation of talent, the Hawks took a more unorthodox approach by continuing to look for short-term impact via trades.

It was a strategy worth experimenting with, but the inevitable result is that they’re not getting the same long-term value they could have from investing in the draft. As it stands, only two players on their entire list were drafted to the club with first-round picks: Isaac Smith (2010), and Will Day (2019).

Any strategy is seen as good strategy if it produces good results – and the reverse is also true. Right now, Hawthorn are getting criticised because of that. While much of the criticism probably exaggerates their issues, it’s not without a basis.

They have been undone in particular by two pieces of bad luck. The first is that Jaeger O’Meara hasn’t become the worldbeater he looked like early in his career. He’s a fine player, but not more than that. The second is that they would have expected to still have Cyril Rioli winning matches for them, and they don’t. 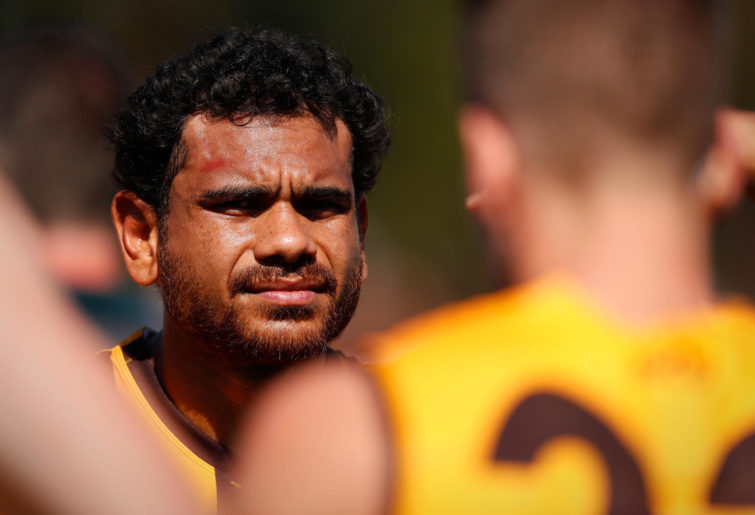 As such, they have two key choices to make.

The first is whether 2020 is the year where they shift towards a new strategy, and if they do then the second is whether they feel Alastair Clarkson is the best person to execute it.

Clarkson is one of the great coaches not just of the modern era but any era – I don’t think anyone doubts that he has the skills needed to successfully guide a team through a rebuild. Instead, it’s a matter of whether or not he buys into the strategy.

The four-time flag-winner recently said in a press conference that going to the draft alone wasn’t the solution. And in 2018, he dropped this one on us: “For some clubs, grand final day is towards the end of November and that’s because they’ve got all those high draft picks, but that’s never been our go.”

Quite something from a man who has benefitted greatly from some excellent draft picks.

One surmises that Clarkson’s interests lie more in pushing for premierships than developing kids. So, if the Hawks decide the latter is their best chance of returning to the former, it’s reasonable to wonder whether he’s the right man for the job.

Still, the club would rightly be wary of making that decision. Once you decide to cut ties with a good coach there’s no telling how long it may be until you find another. Consider the case of Essendon, who after moving on a legend in Kevin Sheedy 13 years ago are still yet to find a senior coach capable of notching a finals win at the club.

In fact, there’s an argument to make that, if some rebuilding pain is inevitable either way, the Hawks might as well look to squeeze every last drop of competitiveness that they can out of their current list, and only then accept a switch in strategy.

Who knows – if they could land just one or two more elite players via trade, it just might work. Though the fact they targetted the likes of Tom Lynch, Dylan Shiel and Stephen Coniglio only to be fairly decisively passed over by all three doesn’t fill me with confidence.

Whatever path they go down ought to come from frank conversations between those most powerful people at the club. Without knowing what’s going on inside those four walls, it’s a fool’s errand to predict just how things will pan out.

Is it a rebuild with Clarko at the helm? A rebuild without? A succession plan to Sam Mitchell? Or one last glorious crack at a flag before Clarkson’s contract ends in season 2022? Whatever happens next, it’ll be fascinating to follow.