Once Upon a Time on the Roar
Roar Guru
22nd July, 2020
126
Join the conversation
1329 Reads
Advertisement
Write for The Roar

Obviously, a lot of great players come into consideration and some of the choices are a matter of personal preference. However, I will also try to remain loyal and true at all times to the interests of team balance, so here goes.

Adam Gilchrist and Mark Waugh are the openers. I am not going to necessarily quote direct stats for any of my selections as anybody can look them up on Google and even argue in favour of alternative selections, for those who believe stats are the be all and end all. I choose these two because they are Australia’s most successful one-day opening combo in terms of run output as well as scoring rate, and I wouldn’t even consider David Warner and Aaron Finch in their stead even if Warner could keep.

Apart from the fact that Waugh is a superior batsman to Finch, he is also one of the best fieldsmen the game has ever seen and is also a very handy extra bowling option should one of the front-line bowlers get injured during the game or even have an off day.

Don Bradman bats at number three. It is folly to think that Bradman would have averaged 99 in Tests had he played any time after 1970 or even the same in one-day cricket. However, if Steve Smith can average in the low to mid 60s in Tests and Virat Kohli 59 in one dayers then I see no reason why Bradman couldn’t have averaged 70 or more in both forms of the game. 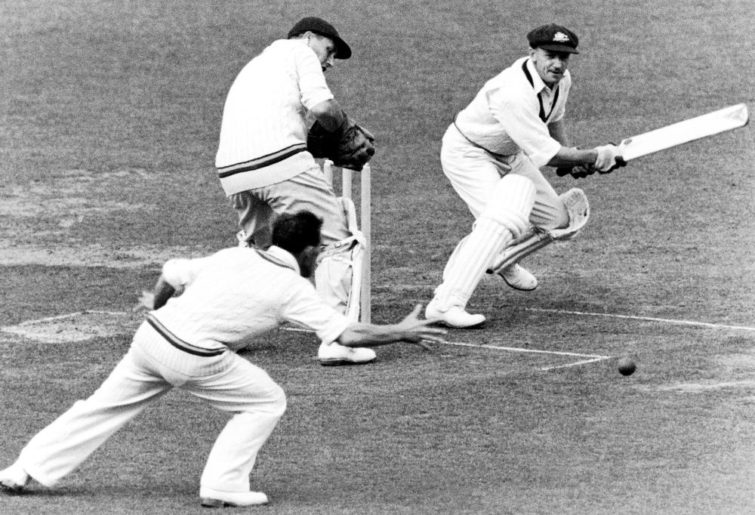 When it comes to strike rate in terms of runs scored per every 100 balls faced, every batsmen ups the ante from Test to one-day cricket. For example, Viv Richards, the king of batsmen among those who actually played international one-day cricket, struck at 67 in Tests and 91 in one-day matches, while Ricky Ponting goes from high 50s in Tests to just a tick under 80 in one dayers. Tendulkar goes from mid 50s in Tests to mid 80s in one dayers, AB de Villiers from low 50s to a phenomenal 100 in one dayers while averaging more than 50 runs per innings in both forms.

These are but a few of many such examples, but given this trend among the game’s greatest players, there is no logical reason why Bradman would not have done likewise. Credible estimates have him striking at about 61 runs per every 100 balls faced in Test cricket so it is more than reasonable to assume he could have raised this to at least 80 and possibly as high as 90 had he played one-day cricket, while also averaging more than Kohli’s 59.

Bradman is also captain. I accept the multitudes of testimonies down the years that say Bradman wasn’t a particularly nice person, including a man I met a decade ago when I started umpiring grade cricket in Brisbane who said he lived next door to him in Adelaide growing up in the 1950s and ’60s. This fellow umpire said that any time they played cricket in their backyard and hit the tennis ball into the Don’s yard, he flatly refused to retrieve it for them and also forbade them to jump the fence to do the same. However, one of Bradman’s most ardent detractors on a personal level was Keith Miller, a very popular and by all accounts extremely likeable man himself, who said: “I absolutely could not stand him as a person, but as a batsman, captain and tactician he was unequalled in the game of cricket”.

Numbers four, five and six are the trickiest because of the need to reward the best performers down the years – or even those that might or probably would have performed had one-day cricket been played in their era – as well as bear in mind the need for things such as finishers. Then we can all too easily muddy the waters by uttering terms such as all-rounders. Ian Chappell wrote in a magazine article some 25-30 years ago that at number four to six you need batsmen who can both score quickly without much of a sighter if they only come in in the dying overs of an innings as well as play a worthwhile innings should a couple of wickets go down early.

Therefore, numbers four and five will be Ricky Ponting and Chappelli’s own younger brother Greg. Do I really need to state Ponting’s credentials? No, I think not. 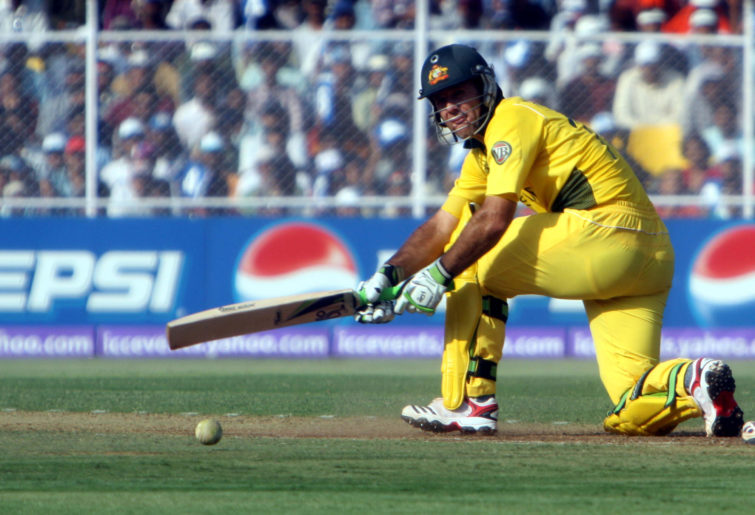 I choose Greg Chappell for a number of reasons. One is that he played 70 odd one dayers for Australia, the majority late in his career post the World Series Cricket revolution. He averaged 40 runs per innings and struck at 74 runs per hundred balls when the majority of the world’s leading batsmen only had strike rates in the 60s, the only real exceptions being Viv Richards (91), Clive Lloyd (82) and Zaheer Abbas (83), with the last two of those three exceptional players mentioned not playing any more ODIs than Greg Chappell.

David Gower struck at about the same as Chappell, but only averaged 30 and his career extended a decade beyond Chappell’s. Greg Chappell also scored three ODI centuries, a record for Australian batsmen, not equalled by Allan Border until a year after Greg Chappell retired. Given that Greg Chappell was the first Australian to 7000 Test runs, it is a reasonable assumption that if you swapped Chappell and Ponting around into their respective eras, then he would have soared the same heights as an ODI batsman as Ponting. Greg Chappell was also a fabulous slip fieldsman and more than competent elsewhere in the field, and like Mark Waugh, provides a very handy reserve bowler in the event.

Steve Smith will be next cab off the rank should any of Bradman, Ponting or Chappell not be able to play on any given day and an honourable mention must also go to Dean Jones. Players like Steve Waugh and Allan Border would be handy to bat at five or six if there are a spate of injuries to several (all at once) of the players already named as selected.

My finisher at number six is a choice between Mike Hussey and Michael Bevan and I am going for Hussey… but only by a whisker. I couldn’t be bothered saying why and totally understand if someone else wants to choose Bevan – it’s certainly a choice I would rather not have to make.

With Gilchrist opening, I have the luxury of batting the hard-hitting Keith Miller at seven and he will also be an extremely excellent fifth bowler. He will be performing the role that Simon O’Donnell did for Australia in the late 1980s and early ’90s, albeit providing a bit more genuine firepower with the ball, and presumably averaging more with the bat, although with the players I have at one to six, he should only be needed late in the team’s innings on the majority of occasions.

The four front-line bowlers are, in batting order, Brett Lee, Mitchell Starc, Shane Warne and Glenn McGrath, and there is also an abundance of back-up to choose from.

I don’t think I need to delve deeply into Warne or McGrath’s credentials any more than I did Ponting’s.

Lee, although he often struggled to bowl fast for long periods (and get good batsmen out on a consistent basis) in Test cricket, in one-day cricket he was outstanding. Only having to bowl ten overs, his opening spells were often devastating, time and time again blowing away opposition top orders with sheer pace. Starc has often done the same with left-arm swing at pace in the pyjama form of the game. Perhaps McGrath could bowl seven of the first 15 overs from one end, for control, with Lee and Stark getting four each from the other before Warne and Miller are brought on in tandem for a bit.

Dennis Lillee and Pat Cummins would be first reserves for the pacemen and either Simon O’Donnell or Andrew Symonds for the bits-and-pieces role that Keith Miller is providing, although I am open to alternative suggestions for the back-up to the all-rounder role. Brad Hogg or Stuart MacGill, who should have played more one-day cricket for Australia, will be on standby should Warne not be able to play for any reason on any given day.

So there I have it, a first-choice XI of Gilchrist, Mark Waugh, Bradman, Ponting, Greg Chappell, Hussey, Miller, Lee, Starc, Warne and McGrath with only two of those selected – Bradman and Miller – never actually having played one-day cricket, while a third – the younger of the Chappells – having a limited ODI career due to this shortened form of the game only really taking off in the latter part of his overall career.