The resumption of the 2020 NRL season has seen its fair share of sensationalism.

There has been player hubs, relocation of clubs and player morale being at an all-time low, particularly the Warriors due to the uncanny circumstances COVID-19 seems to dish up.

The Bulldogs’ situation has caught the eye of league pundits after coach and club legend Dean Pay sensationally walked due to speculation the club was eager to pen a new coach to solidify the rebuilding stage at Canterbury.

It’s hard not to feel sorry for Pay given the roster he’s had at the helm. It can contend with bottom eight teams and perhaps just barring first-grade standard.

After the departure of Pay, many of us expected a coaching merry-go-round to present itself. However the Bulldogs board were quick to eye Trent Barrett as the front runner.

Given the availability of coaches on the market – Nathan Brown, Geoff Toovey and Anthony Griffin just to name a few – the quick announcement of Barrett clearly demonstrates a stabilising and orderly board. The board in recent years has been quite the opposite, entrenched with salary cap turmoil since the departure of Des Hasler.

Barrett’s recent stint at Penrith as an attacking development coach has shown an exhilarating attacking front in Penrith’s game, putting the competition on notice. 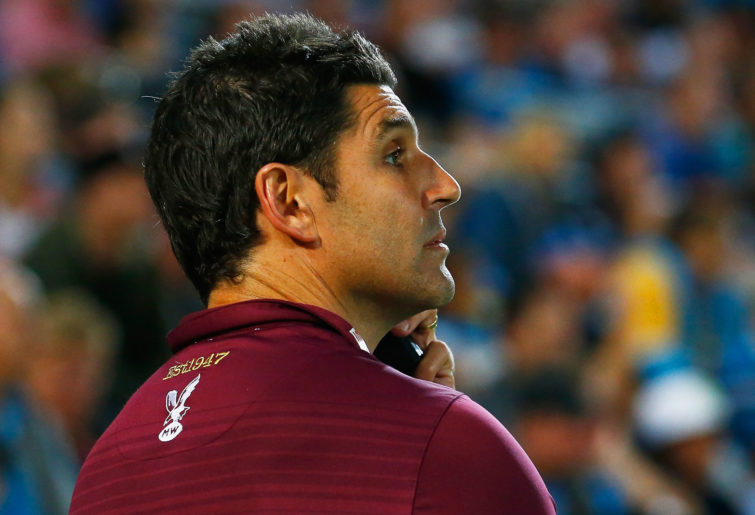 Finding the right man for the top job is never an easy task, especially when the past of few seasons have been bleak.

Coaching can be categorised into two different sectors.
1. A coach that explores the market to embed a leadership mentality, bringing more older and experienced players in.
2. A coach that sticks to the youth and present squad while improving what he already has.

Trent Barrett seems to fall into the latter. He’s no stranger to taking over a salary-cap embroiled mess after his tenure at Manly, restricted to the market and developing what was available to him.

The Dogs’ rebuilding cue can be matched with Newcastle’s previous four seasons. A financial mess – among youthful, exuberant players – more or less contributing to the losses much like Canterbury are now.

The importance of sticking to what you have during the bad times always pays dividends to what’s on the other side.

Take a look at the Saifiti boys for example. They are arguably the most improved players in the comp amid the injection of big signings. The Knights are considered a genuine top-eight team.

There’s no doubt the eye for talent and grassroots development is severely lacking for the Dogs. Rewind to 2004. The team consisted of Willie Mason, Mark O’Meley, Johnathan Thurston, Roy Asotasi and how could we forget Sonny Bill Williams. That was a pack even the most courageous would fear, defining the Dogs of war. All players mentioned either rose through the ranks at Belmore or were poached from other clubs.

The recent three million splash of cash saw the Dogs land their first big-name player, signing in Nick Cotric. His presence under an improving back line is something fans will be licking their lips over come 2021. Together with the English enforcer Luke Thompson, the Dogs are slowly headed north.

The availability of funds could potentially land further signings to build a resurgent squad around. One player that stands out is Jake Friend, who on paper looks to be an underwhelming signing given his long list of injuries sustained. However, he is a leader on and off the field with pristine dummy-half service and that is just what they need, not to mention he’s off contract.

Coming into 2021, here are some more key players coming off contract that they could benefit from: Nathan Brown, Tom Dearden, Tanah Boyd, Joel Thompson and Matt Burton.

With a few tweaks to the spine under Barrett as head coach, the grind towards being a genuine finals side will be imminent within the coming years.

Speculation over an upgrade to Belmore will help the cause.

With arguably the most passionate fan-base in the comp, things will start to look bright for the blue and whites. Patience is a virtue, Doggies fans. Your time will come. 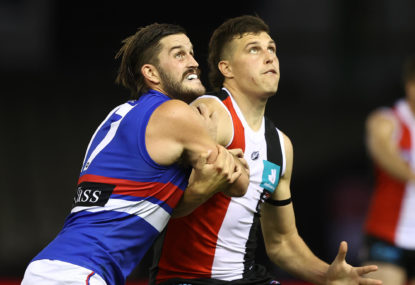 Canterbury will go down fighting to end their miserable NRL season after stunning South Sydney on Thursday night. The Bulldogs have been heralded for much of the season for their toughness, but after seven weeks of losses, they finally scored their third win on Thursday night. And while it won’t guarantee they avoid their first […] 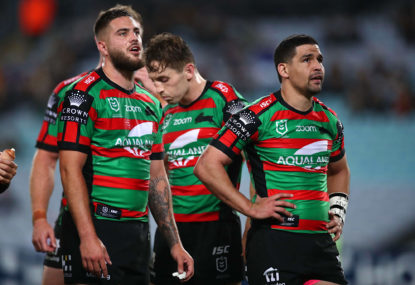