I have an admission to make: I’m part of a minority.

I’m one of the ten per cent of the world’s population who is left handed. I’m a complete left hander too. Interestingly, most left-arm bowlers seem to be.

Sure there’s a few odd ones like Mike Whitney, Derek Underwood or part-time bowler Michael Clarke who bowl left and bat right, but the reverse is usually more the case. Then there’s the extraordinary case of Michael Hussey, who was a right hander but learnt to bat left handed to emulate his hero Allan Border! It worked too, producing 6235 runs at 51.5 with 19 centuries over 79 Tests.

It’s said it is fairly easy to push a left handers’ buttons, but I think anyone would get sick of “Hey! You’re standing on the wrong side of the bat!” Gotta love banter!

What does irritate me, though, is the belief that you can’t have two left-hand openers or two left-hand bowlers in the same side. Matthew Hayden and Justin Langer’s 122 Test innings together, which produced 6081 runs at 51.53 should have put paid to that criticism, but it still crops up.

It really got my goat when commentators and pundits claimed that Mitchell Johnson and Mitchell Starc couldn’t play in the same side. Too much alike some said, too erratic said others. That totally ignores Johnson’s strike rate of 51.10 and Starc at 48.10. Not bad considering Dennis Lillee and Glenn McGrath’s were both 52.

I’ve chosen an XI that I find hard to believe could be beaten by a right-handed XI and yet I’ve left out two openers – Sanath Jayasuriya and Justin Langer – and a number four, David Gower, with over 330 combined Tests, as well as opening bowlers Chaminder Vaas, Mitchell Starc, Zaheer Kahn, Trent Boult and Neil Wagner with a combined 1383 wickets.

1. Matt Hayden
103 Tests, 8625 runs at 50.73, 30 centuries, high score 380
Hayden was the barrel-chested aggressor of the aforementioned Hayden-Langer all-time fourth best batting partnership. When Hayden was in the zone, he’d literally walk down the wicket as the bowler was about to deliver and most often cleanly dispatched the ball into or over the fence. He still holds the record for the highest individual score for an Australian with 380. It is said he’s a right-handed bowler, but why would anyone give him a bowl? I certainly won’t in this team!

2. David Warner
84 Tests, 7244 runs at 48.94, 24 centuries, high score 335*
Warner is the only player in this top six not to average over 50 and most of that is thanks to Stuart Broad in the last Ashes. Warner’s home form last season showed he’s still a rare talent, posting his highest Test score of 335 not out.

3. Kumar Sangakkara
134 Tests 12,400 runs at 57.40, 38 centuries, high score 319
What a class act, both on and off the field. A golden era of Sri Lankan cricket benefited from Sangakkara as a role model. He combined with Mahela Jayawardene for a Test record partnership of 624 runs. He has opened, batted at four and five but excelled at three, where his batting average was 60.83 and produced 11,679 of his 12,400 runs. Kumar would be more than able behind the stumps if our keeper gets injured too.

4. Brian Lara
131 Tests, 11,953 runs at 52.88, 34 centuries, high score 400*
Many a bowling attack rued an early missed chance against Lara as he was the quintessential batsman who would make you pay with a massive score. He is the holder of both the Test and first-class individual record scores, not to mention disciplined enough not to play a favourite shot if there was a risk on a particular surface. Even though his 400 not out was batting at three, 148 of his 232 innings were at four, producing 7535 of his 11,953 runs. 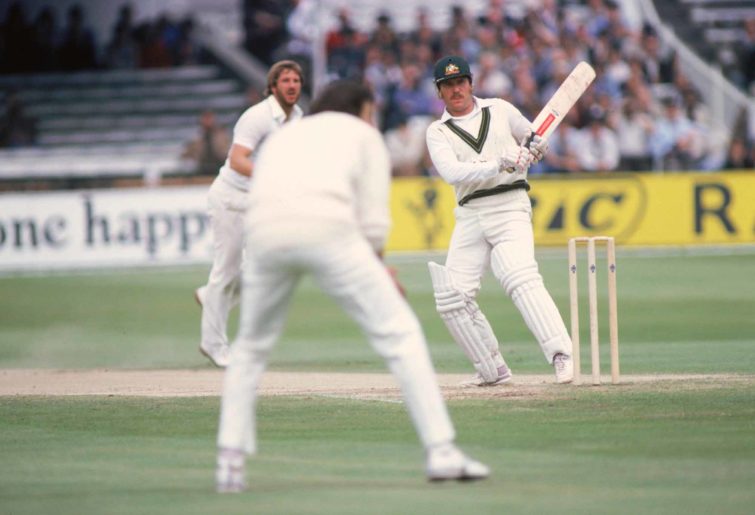 6. Garfield Sobers
93 Tests, 8032 runs at 57.80, 26 centuries, high score 365* – 235 wickets at 34, six five-fors, best bowling 6-73
The greatest cricketer to ever play was a true left hander. He batted and bowled left handed. He bowled in swing, out swing, left-arm orthodox spin and wrist spin. Anecdotes from contemporaries tell of all nighters at nightclubs followed by a destructive hundred or bag of wickets the next day. How unfair is that? Malcolm Nash’s left-arm orthodox spin took 993 first-class English county wickets but sadly for him his name will always be linked with six of his consecutive deliveries being hit out of the park by Sobers.

7. Adam Gilchrist
96 Tests, 5570 runs at 47.60, 17 centuries, high score 204* – 379 catches, 37 stumpings
He changed the face of the keeper-batsman, some say, to batsman-keeper, but his average of 4.3 dismissals a Test tells the story of a genuine wicketkeeper. His partnership with Justin Langer in his debut series against Pakistan showed an ability to bat to a plan and chase down an improbable win. He was truly devastating when decimating a deflated bowling attack. His Test strike rate of 81.95 batting at seven is a scary prospect for any bowling side.

8. Wasim Akram
104 Tests, 414 wickets at 23.60, 25 five-fors, best bowling 7-119 -2898 at 22.60, three centuries, high score 257*
Akram is to bowling all-rounders what Jacques Kallis is to batting all-rounders. There is no doubt that if Akram was unable to bowl he would have developed as a genuine number five or six, but that would have robbed the world of a sublime bowler. His front-on delivery puts massive stress on the body for all but the supplest, but it helped produce the Akram signature late in-swinging yorker.

10. Mitchell Johnson
73 Tests, 313 wickets at 28.40, 12 five-fors, best bowling 8-61 – 2065 runs at 22.20, one century, high score 123*
I don’t care what critics think of Johnson, I will always remember him as one of the best bowling all-rounders Australia has produced. We haven’t had many out and out frighteningly quick bowlers who could make a hundred and average over 20 with the bat. I always enjoyed watching Johnson, knowing full well even if he sprayed one wide down leg, the very next one could badge Hashim Amla, beating him for sheer pace and then rip middle out of the ground with a perfect yorker. You don’t fluke a strike rate of 51.10. Keith Miller was considered special and his strike rate was 61.30! Then Johnson could wander out and calmly lift the quickest opponent over the midwicket fence, or dig in if needed.

11. Derek Underwood
86 Tests, 297 wickets at 25.80, 17 five-fors, best bowling 8-51 – 937 runs at 11.60, high score 45*
No-one who watched ‘Deadly’ in action will forget the cocked wrist as he ran in to bowl. He almost had a medium pacer’s action but it produced an elite bowling average for any bowler, let alone a spinner. He was all but unplayable on sticky ’60s and ’70s wickets, especially in England. We’ll forgive him for being the only player in this XI to average under 20 with the bat, maybe because he was one of those bowl left and bat right, but I can’t imagine him needing to pad up in this side anyway!

As the stats show this is a Test team, but I can’t see this team being beaten in an ODI either, even though Sobers only played a single ODI and Davidson none, Akram has 502 ODI wickets to make up for it and is complemented by Johnson’s 239 at 25.30 striking at 31.3 to Akram’s 36.20!

I would probably replace Underwood with Brad Hogg’s wrist spin, taking 156 ODI wickets at 26.80 and striking at 35.70 in 123 ODIs. His highest ODI score of 71 not out and average of 20.20 from the correct side of the bat would be handier than Underwood’s right-hand stance, even at 11.