We don’t have to look too far to see the havoc it has caused in Victoria and how quickly this virus can turn a state into a basket case. New South Wales is gradually climbing in cases again, prompting their state government to revert to tighter restrictions.

With that, a pessimistic view dawned upon me that unfortunately and regrettably the outlook for our sporting future is looking grim, more so that we are possibly moving into a world destined for COVID-19 without a cure.

Let’s be real for a moment. If a vaccine is one day discovered, it is going to take years for it to be manufactured on a global scale to combat this illness. And that’s if one is ever discovered, which it likely won’t be any time soon.

I know there are myriad things more important than sport during this pandemic, but you, a reader of The Roar, obviously care about this pastime dearly, and if the initial lockdown was anything to go by, it showed how much our sporting codes and clubs truly meant to us when they were taken away.

But the catch 22 for us as sports lovers is this exact conflict of interest. Is placing our health at risk less important than sport being played?

It seems as though we need to remain accustomed to the current protocols surrounding our sporting codes for years to come, and rightfully so, but the effect COVID-19 will have on the long-term structure of our sporting codes will be significant, from professional leagues through to grassroots level.

The following is a list of Australia’s four main football codes, their primary competition and clubs. 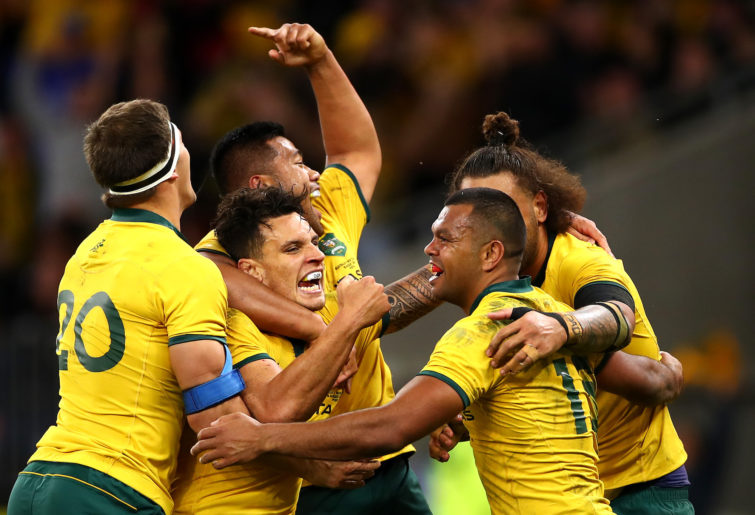 So, what does that mean for Australia’s football codes long-term? 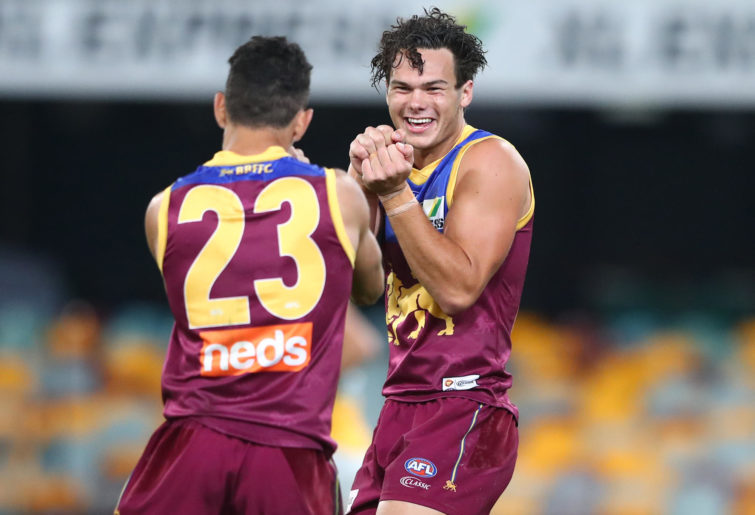 First and foremost, what needs to be addressed in each code’s professional league is the presence of international teams.

The AFL is lucky in this regard considering their code does not have an international club. Super Rugby, on the other hand, is the most affected and the shift in its competition structure would be dramatic, with the South African and Argentinian-based clubs likely the first to go.

Now unless Jacinda Ardern allows professional sporting teams 14-day quarantine exemptions to enter New Zealand, unfortunately for three of the four codes there will be some club culling.

Ideally what the New Zealand government could allow for under very strict guidelines is exemptions for professional sporting teams flying into New Zealand when travelling from Australia and vice versa. Undertaking COVID-19 screening, flying in and out on game day, direct travel to the stadium from the airport and frequent COVID-19 testing as well as adherence to stringent biosecurity measures during the day should be mandatory.

If these exemptions cannot be granted – and it pains me to even suggest this – then there would be no choice but for the NRL to part ways with the New Zealand Warriors, the A-League with Wellington Phoenix and Super Rugby would permanently become Super Rugby AU.

It is completely unfeasible both financially and mentally for New Zealand clubs to base themselves in Australia for roughly six months a year. The clubs doing that would, firstly, never win the competition and, secondly, jeopardise their players’ mental health by separating them from home for an extended period. Lastly, they would eventually go broke anyway.

The recent withdrawal of Toronto Wolfpack from the 2020 Super League season is proof that the pandemic’s role in shutting down international travel is too great a burden on clubs and their league. Similarly, Super Rugby has had to resort to Super Rugby Aotearoa for New Zealand clubs and Super Rugby AU for Australian clubs as it was nearly impossible to stage weekly international club matches in the original format.

As stated, the only solution is travel exemptions for professional sporting teams travelling between Australia and New Zealand at this point in time.

In the midst of a crisis there is always opportunity. Considering some codes could lose their international clubs, the time for expansion would be nigh.

The AFL could look to Darwin and Tasmania. The NRL can add another Queensland team and a new one in Perth. The A-League, with the highest participation rate in the country, could generate derby clubs for Perth Glory and Adelaide United. Super Rugby should resurrect Western Force and eventually promote three lower-grade clubs to form an eight-team All Australian competition.

The main argument to expansion as always is player dilution, and that argument has its pros and cons, but an even stronger argument would be the burden that COVID-19 is having on interstate travel and the fact that clubs in hotspot areas are forced to shift to other states in order to continue playing in their competition.

Competition shifting could easily become the norm in order to complete the season, seeing as satisfying television deals rather than crowd attendances are of the utmost importance to the professional sporting level. Although this adds further financial strain when shifting to a COVID-safe state in Australia, there is also opportunity with this practice that benefits the code expanding into non-traditional areas and growing already formidable ones.

As the AFL has no real international presence beside the International Cup and a hybrid Gaelic football match with Ireland, they are not even slightly affected globally. However, the same cannot be said for rugby league, rugby union and football.

Rugby league does not rely as heavily on the international game but still has a decent presence on the global stage. What is rather irritating is after years of uncertainty International Rugby League finally provided their fans with clarity with a rolling calendar of meaningful international Tests and tournaments across every continent, which will now need to be shelved.

At the moment the only Test matches that could possibly go ahead would be within their own continent, but even that seems like a hard sell considering crowds will likely be lowered or eradicated, a major deterrent as ticket sales are financially essential.

The same goes for union and football, which both run a very impressive international game, with an ever-growing international presence for union and with football undoubtedly qualifying in first place as the world’s game. Their codes will be set back majorly without constant matches.

It seems Australia versus New Zealand in these codes will become more prevalent, to the demise of intercontinental rivalry.

Now seeing as these three codes also hold quadrennial World Cups as well as various annual intercontinental tournaments and matches, the only solution to proceeding with them is for their international squads to travel to a single country destination, suffer the 14-day arrival quarantine – likely in hotel isolation split from one another – participate in multiple matches with less than ideal preparation and then return home and suffer another 14-day mandatory isolation.

This means more money spent on accommodation as well as a multitude of expenses due to the added isolation periods with less financial gain due to minimised crowds.

I guess home ground advantage just went to another level.

Overall, due to the fluctuation in cases between other nations, I struggle to see international Tests and tournaments being a priority unless it was a World Cup. 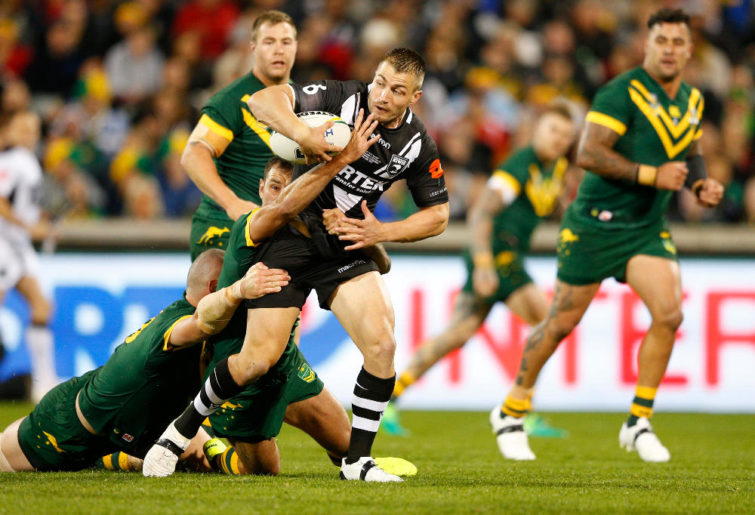 If lockdown keeps reoccurring to the point that the government ceases community sport, then participation rates at this level will drop dramatically in all codes and prove to be the detriment of sport in our country in the long term.

The scariest thought is that we have to live under these conditions for years to come. That will more than likely prompt the government to defund sports across the country, meaning little to no money for junior clubs and sporting facilities, affecting the transition to representative levels and the quality of player development, ultimately resulting in fewer quality players for professional leagues in the future.

Stadium funding will also be non-existent, especially when crowds aren’t allowed in, meaning the upkeep of current stadiums will be the status quo, with the likelihood that some will be bulldozed and never replaced – not to mention the inevitability that player wages will slowly decline as a result of the drop in professional standards, which could ultimately hinder each sport’s popularity.

The ramifications are vast, especially if the right to play sport is taken from us – a necessary evil to mitigate further spread of the virus.

But in an effort to find some optimism in our current situation, there are significantly fewer COVID-19 cases in Australia compared to other countries. They aren’t generating numbers in the 50,000-per-day range like the USA currently is, so the efforts in Australia should be commended. After all, it isn’t a bad thing to be so pedantic about proactively minimising cases.

That being said, it feels as though what we are and will be dealing with as a result of this virus will provide alternative opportunities for our codes, mainly shifting the focus to our own backyard – and hopefully New Zealand’s too – and push forward with the great games we have.

Although I am worried for the future of sports growth in the years to come, the time is now for Australia’s game, the greatest game of all, the beautiful game and the gentleman’s game to huddle together and work toward one goal: the survival of our footy codes in Australia.

That’s the only choice they will have.