Well, we had the long of it, now for the short of it.

After this team’s been named we can truly answer the question of whether a good big ‘un will always beat a good little ‘un. It’s been an interesting process, picking these height-based teams, which has thrown up many surprising facts, such as that Ian Healy was nowhere near as short as he seemed and that somehow Dennis Lillee was only two centimetres taller than Malcolm Marshall, rendering neither of them of fit for inclusion in either team.

As with the tall fellas XI, this mosquito squad is being selected on subjective grounds. Slightly taller men may be chosen over shorter competitors if their superiority in playing ability is sufficient. Also, just as those in positions like opening bat or wicketkeeper, where extreme height is rare, were given greater leeway in the lofty team, fast bowlers, among whom there are precious few real pocket-sizers, will be considered at greater heights than batsmen and keepers, whose ranks have always been filled with flannelled Oompa Loompas.

That said, here it is: the ultimate short men’s XI, a team of Napoleon complexes that may lack a little bowling strike power when compared to their tall counterparts but makes up for it with a stunning batting array.

1. Sunil Gavaskar
One of several top-order no-brainers in the top order, Gavaskar was the first man to score 10,000 Test runs and the first man to score 30 Test centuries and remains very much in the running for the title of greatest opening batsman ever. A man who could play with infinite patience or elegant flair as the situation demanded, he was particularly notable for unflinching skill and determination in the face of some of history’s most hostile fast bowlers, most of whom towered over Sunny’s mere 165 centimetres. 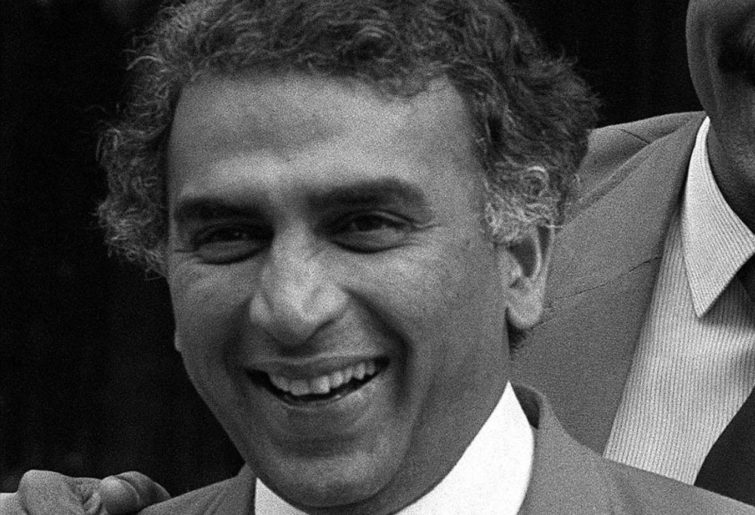 2. David Boon
A rock in the Australian top three during the struggle-street days of the early Allan Border years through to the empire-building period of the late Allan Border years, the barrel-shaped Taswegian was often dwarfed by his own pile of empties. His 1.6-metre frame was a positive asset when it came to ducking out of the way of the moustache-seeking missiles of Curtly Ambrose, Courtney Walsh, Malcolm Marshall et al. The last of these famously asked Boon on his debut: “Are you going to do the right thing and get out or do I have to come around the wicket and kill you?”. But no matter how many balls whistled past his face or into his body, he carried on with the game’s most impassive expression, absorbing the punishment until the opportunity came to unleash a series of rasping pulls and cuts.

3. Don Bradman
More than one bowler scratched his head at how such a small frame could pack the kind of fearsome power that saw them dispatched to the pickets time and again. Bradman’s batting credentials don’t need enumerating. Suffice to say if there was any doubt pre-1930 that lack of height was no impediment to batting prowess, the Ashes of that year settled the debate beyond any argument.

4. Sachin Tendulkar
The greatest of all Indian batsmen and arguably the greatest of all batsmen not born in Cootamundra, Tendulkar’s career spanned, at a rough estimate, 80 or 90 years, during which he scored approximately five million runs. Calm, graceful, technically perfect and terrifyingly efficient, no cricketer has ever made more bowlers weep with despair. 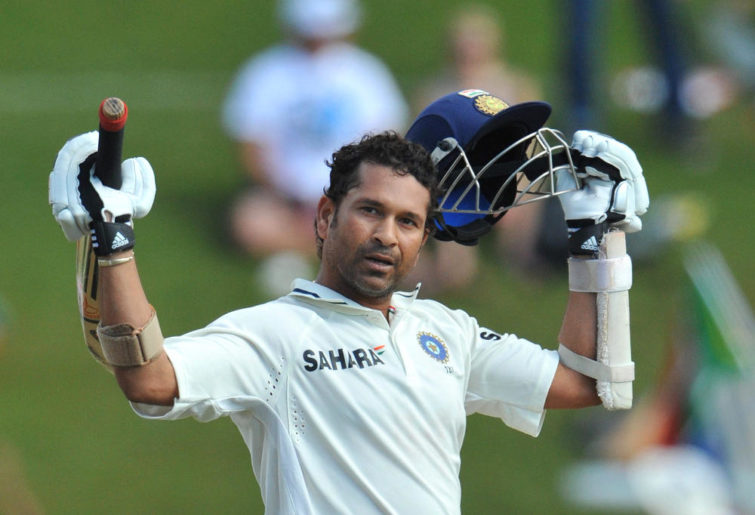 5. Gundappa Viswanath
Following on the heels of Gavaskar and Tendulkar, the Subcontinent is apparently without peer when it comes to delivering good things in small packages. Viswanath was a Borrowers-esque 1.6-metres tall and, like Gavaskar, stood up to the brutal pace assaults of the 1970s Windies teams with aplomb. One of the most artistic of batsmen, Vishy wielded the willow-like a wand, exquisite timing and sparkling footwork his trademarks.

6. Alvin Kallicharran
A sight to see playing alongside men like Clive Lloyd and Joel Garner, the 1.64-metre Kallicharran was a star of the West Indies side in the early 1970s and a crucial part of its ascendancy to masters of the universe in the second half of the decade. Often overshadowed by the more explosive talents of Richards, Greenidge and Lloyd, little Alvin’s 4399 Test runs at 44.43 are proof of a superb batsman who won plaudits for his textbook technique and unflappable temperament, even if his bat did look too big for him.

7. Tatenda Taibu
With the agility of a circus flea and roughly similar dimensions, Taibu is one of the gutsiest cricketers you’d ever hope to find. His career was sadly cut short by the unfortunate circumstances of Zimbabwean cricket, but in his time in national colours he proved himself a skilled and determined batsman, a nimbly dependable gloveman and a tough leader in the toughest of times.

8. Harold Larwood
Many fast bowlers have struck fear into batsmen’s hearts but few have inspired as much dread as Larwood, the Nottinghamshire speedster whose fair-to-middling Test career was given new life when captain Douglas Jardine ordered him to fire without pity at the coat of arms on the front of the baggy green. The result: Bodyline and a crushing defeat for a shellshocked Australian team. And yet Larwood was the last man you’d pick as a ferocious quick, standing just 170 centimetres tall, pale and slight. But hardened in the coalmines of northern England, his unprepossessing frame was capable of unleashing rare speed with deadly accuracy.

9. Fidel Edwards
Even shorter than Larwood, Edwards couldn’t match his English predecessor for consistency, but on his day he could be similarly fast and furious. Like many tearaway quicks, his wildness could be a strength or a weakness: the unpredictability of his trajectory could combine with rapid pace and sharp swing to put the wind up the best of batsmen. One of the great slingers, injuries cursed him, but like Larwood, he made his mark.

10. Ramakant Desai
Five-foot four and tasked with carrying an otherwise toothless pace attack in a team famous for its total lack of pacemen, Desai impressed the world with courage, persistence, an effective outswinger and a willingness to bowl deceptively sharp bouncers against teams with far greater firepower. Between the 1930s heyday of Mohammad Nissar and Amar Singh and the late 1970s emergence of Kapil Dev, ‘Tiny’ Desai – a notable instance of the nickname being bestowed non-ironically – was just about the only fast bowler of note to come out of India. He played 28 Tests and only won four, but admiration for the unflagging pocket rocket was universal.

11. Tich Freeman
Alfred Percy Freeman was one of the tiniest cricketers to grace the international arena, standing a minuscule 1.57 metres. He was also one of the great spin bowlers between the world wars and remains perhaps England’s best ever leggie. He played only 12 Tests but showed his worth by taking ten or more wickets in three of them. His county record for Kent, though, was colossal: he took 3776 first-class wickets in a 22-year career, the second-most prolific bowler in history. The only man to ever take 300 wickets in a single season, his short Test career is only explicable either by the extremely high quality of English spin stocks at the time or a failure by the selectors to realise he was a grown-up.