Another young lad also made his maiden appearance in that 1996 Test, but he missed his century by five runs.

The first player was none other than Sourav Ganguly, and the second was Rahul Dravid. Both were very good prospects for Indian cricket and ruled over nearly 15 years.

Sourav Chandidas Ganguly, who was born in Kolkata, India, celebrated his 48th Birthday on 8 July 2020.

Though Ganguly had already made his presence felt in international cricket in 1992 in an ODI against West Indies, he couldn’t find his place for nearly four years in Indian Test team.

But with his back-to-back centuries in his debut series in England, Ganguly made headlines. He also claimed three wickets in his debut Test. His meteoric rise In Indian cricket was watched with awe. 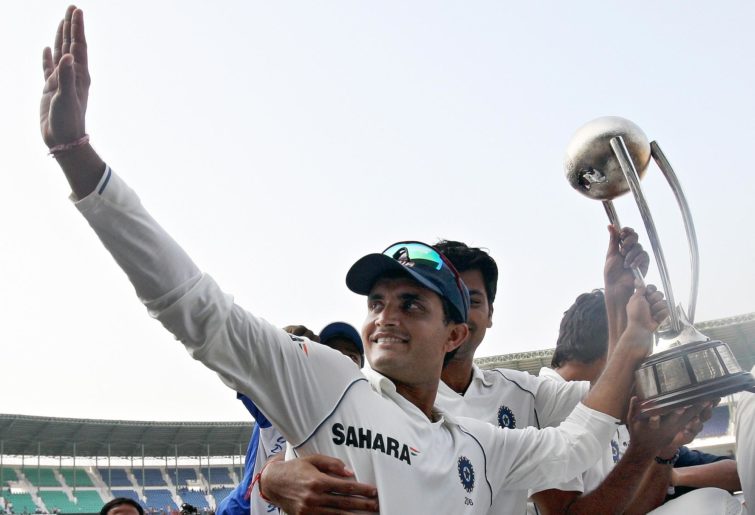 He opened the innings in ODIs with another child prodigy, Sachin Tendulkar, and they formed a formidable opening pair in ODIs.

His consistent performance over the years made him known as a reckoning force of the Indian cricket. ‘Dada’ Ganguly was a prolific scorer in off side and so earnt the nickname ‘God of off side’ for his elegant stroke play square of the wicket and through the covers. His stroke play was a combination of grace and precision.

He took over the captaincy during the turbulent times of the match-fixing controversy, and he quickly proved to be a tough, intuitive and uncompromising leader.

Under his stewardship India started winning Test matches in away series and put together a splendid streak that took them all the way to World Cup final in 2003.

His ability to get under the skin of opposition players was built up over time, and his brash attitude earnt him quite a few call-ups in the match refree’s cabin. But he was steadfast, and his actions were backed with performances on the field.

Along with the likes of Rahul Dravid, Sachin Tendulkar and Anil Kumble he forged a line-up that was formidable at home and more than competitive overseas.

Ganguly emphasised on the need to be fearless, and he led by example.

His tenure as captain is one of the most chronicled ones in recent times. His prolific partnership with Sachin Tendulkar in ODIs and his run-in with Greg Chappell were curiously watched by the onlookers.

A dip in form cost his omission for a while, but he came back strongly in the 2006-07 tour of South Africa, where he was the highest scorer of the series. He rediscovered his ODI mojo in 2007 as well.

It was in 2007 too that he recorded his career-best 239 runs against Pakistan in a Test in Bangalore.

Today Ganguly retains his magnetic ability to attract attention, just as he did in his playing days, when things like waving his shirt on the Lord’s balcony after winning NatWest finals in 2002 and arriving late for the toss grabbed headlines.

He was the most successful Indian captain in away series, with 11 wins, including the first-ever Test series win in Pakistan and a drawn Test series in England in 2004.

“He was a catalyst for Indian cricket to be a worldwide force,” as per David Lloyd, English cricketer turned commentator.

With Ganguly at the helm India ended Australia’s 16-Test match winning streak in 2001 and went on to defeat Steve Waugh’s team 2-1, including the famous win at Kolkata thanks to VS Laxman’s career-best marathon innings of 281 runs after being asked to follow on.

He was not only India’s most successful overseas captain but he also ensured an unknown term in cricket: aggression. Under his captaincy India reached the World Cup Finals in 2003.

Ganguly wore many hats over the years in Indian cricket, the latest being the Board of Control for Cricket in India president, and the people revere him as India’s captain with fondness.

The state government of West Bengal honoured him with Banga Bibhushan award in 2013. He was also awarded the Padma Shri award by government of India in 2004.

During this pandemic his Sourav Ganguly Foundation has helped the needy with groceries and medical kits for doctors and health workers. 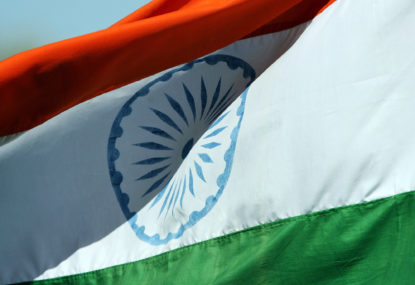