The 2020 WNBA season tips off this weekend. As with many aspects of life, the WNBA has been impacted by COVID-19. The new season is being conducted in a bubble at the IMG Academy in Bradenton, Florida, and there are four Australian players involved in the action.

Ezi Magbegor
Magbegor was selected by the Seattle Storm in the 2019 WNBA Draft at pick 12. Despite being selected in the 2019 WNBA draft, this will be Magbegor’s rookie WNBA season. This time last year she spent the season playing for the Geelong Supercats in NBL1.

Magbegor is lucky enough to have the opportunity to train, play with and learn from stars like Sue Bird and Breanna Stewart.

Magbegor emerged on the international basketball stage when she led the Australian Sapphires to a gold medal in the under-17 World Championships, where she received the MVP award. After spending one season with the University of Canberra Capitals, Magbegor has been an important part of Melbourne Boomers teams that have made WNBL semi-finals. In her time in the WNBL Magbegor won the Betty Watson Rookie of the Year.

Magbegor has also been involved in a number of Australian Opals campaigns, including in the team that finished runner-up to the USA in the 2018 Women’s Basketball World Cup and the 2019 FIBA Women’s Asia Cup.

Given the experience Magbegor has already had in the WNBL and with the Opals and the quality of her output, it is difficult to believe that she is yet to turn 21. With her WNBA experience, Magbegor will continue to grow and blossom.

Leilani Mitchell
Mitchell returns to champions Washington Mystics after a short stint with the team in 2016. In 2019 Mitchell received plenty of court time at the Phoenix Mercury due to the injury to Diana Taurasi. She averaged career highs, with 12.8 points per game, three rebounds per game and four assists per game. These numbers earnt Mitchell the WNBA’s most improved player award. She’s the only player to have won the most improved player award twice after also winning the award in 2010. Mitchell has a career three-point shooting percentage of 39.6 per cent.

The Mystics will look entirely different from the team that won the championship, with Elena Delle Donne recovering from a back injury and also having concerns about the risks of COVID-19 regarding her battle with Lyme disease. So even if Delle Donne is not granted a medical exemption from the WNBA, I would say it is unlikely we will see her in action in 2020.

This will see Mitchell receive plenty of game time. Mitchell has a history of success in the WNBL in recent years, winning titles with the Sydney Uni Flames and University of Canberra Capitals and also helping guide the Southside Flyers to the grand final series in 2019-20. Mitchell won the WNBL finals MVP for the Flames in the 2016-17 season. 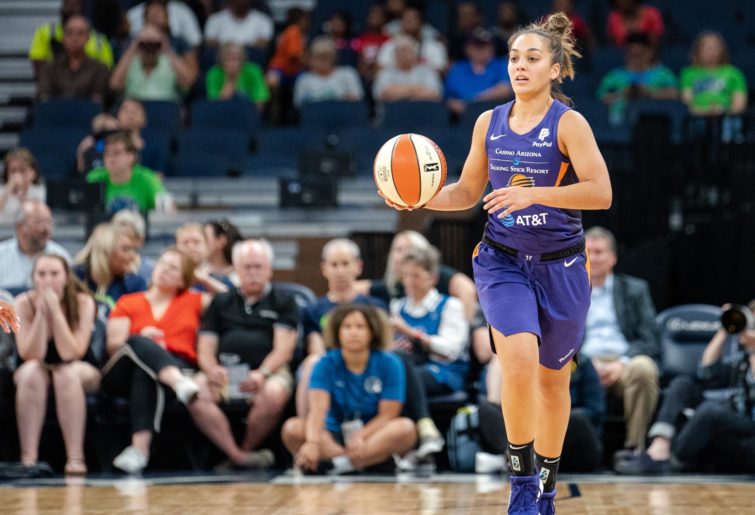 Alanna Smith
Smith was selected by the Phoenix Mercury at pick 8 in the same WNBA draft Magbegor was selected. This will be Smith’s second WNBA season. However, her first season was cut short by an ankle injury.

Smith had a wonderful college career at Stanford University, where in her senior season she was named an All American. Smith became only the fourth player in college basketball in the past 20 years to register 1600 points, 150 made triples and 200 blocks. The other three players with these stats were Elena Delle Donne, Maya Moore and Breanna Stewart. During her four seasons Stanford reached two elite eights and one final four.

Like Magbegor, Smith is fortunate to be playing and training with some stars of the game in Diana Taurasi, Brittney Griner and Skylar Diggins-Smith. Smith has the added bonus of being coached by Australian Basketball legend and current Opals coach Sandy Brondello.

Smith has also spent time in the Opals setup and top-scored for the Opals, with ten points in the final of the FIBA Women’s World Cup 2018 against the USA. Magbegor and Smith will be two players that the Opals will be able to build a team around for the best part of a decade.

In good news for WNBL fans, in the 2020-21 season Smith will play in the domestic competition for the first time, having signed with the Adelaide Lightning. 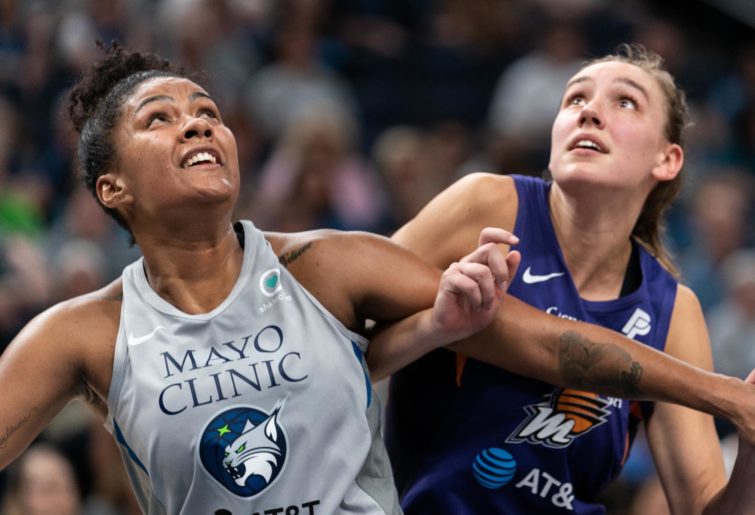 Sami Whitcomb
Whitcomb celebrated her birthday in the bubble earlier this week, so a belated happy birthday, Sami!

Whitcomb’s path to the WNBA is not what you would call traditional. After playing college basketball with the Washington Huskies, Whitcomb signed a training camp contract with the Chicago Sky in 2010, where she was waived before the start of the season.

After a couple of seasons playing in Germany, Whitcomb’s career really took off when she headed to Perth. Whitcomb starred for the Rockingham Flames over a number of seasons in WA’s State Basketball League. Her efforts saw her signed by the Perth Lynx in the WNBL. Whitcomb shot the lights out for the Lynx and earned selection in three WNBL All-Star Fives.

Whitcomb joined the Seattle Storm in 2017 and was a member of the Storm’s 2018 WNBA championship-winning team. Whitcomb is at home outside the arc shooting threes but also brings energy to the court. If Sami is in the same suburb as a loose ball, expect to see Sami diving across the pine to regather it.

Whitcomb was naturalised as an Australian citizen in February 2018. She was also a member of the Australian Opals team that finished runners-up to the USA in the FIBA Women’s World Cup 2018.

WNBL fans can rejoice because, after spending a couple of Australian summers in Europe, Whitcomb has announced that she is rejoining the Perth Lynx for the 2020-21 season. 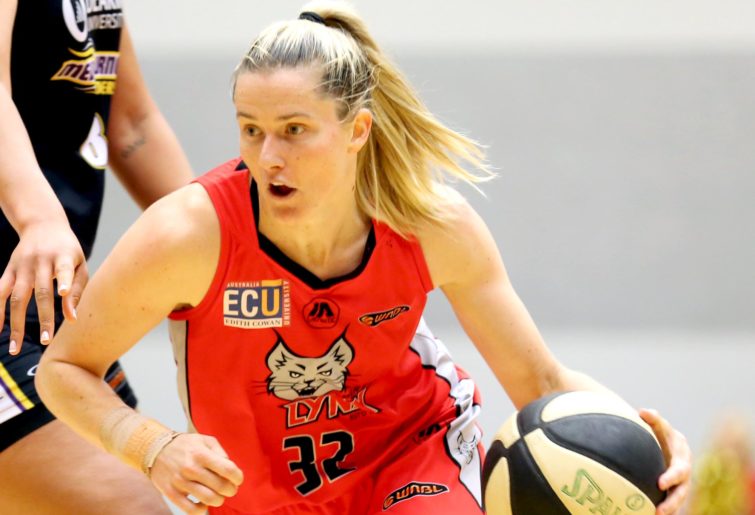 There are a number of Australian Opals stars who have elected to sit out this WNBA season, including Liz Cambage, Rebecca Allen and Steph Talbot.