With New Zealand being the only country able to re-open rugby, Kobelco Steelers star and former All Black – the legendary Dan Carter – flocked to join the Blues’ ranks as a player-coach.

The All Blacks legend has shown in Japan that he is certainly still match-capable and possesses his sublime ball skills and kicking prowess. With the years of experience he brings to Blues, this is reflected in a significant improvement in the grade of play by flyhalf Otere Black. In the first post-COVID match, Black nailed a bullseye accurate clean sheet in kicking against the Hurricanes. He was also a crucial pivot in directing the ball play and as a playmaker.

Tough-as-nails defence
In their recent clashes with other Super Rugby sides, we have witnessed the Blues’ defence knitting together like chain mail, and the Crusaders clash highlighted it with men like the dynamic Mark Telea making dominant hits on opposition players. The exception was the latest clash with the Hurricanes in Wellington.

Forward pack
Tom Robinson (lock-flank)
One of the more versatile forwards in Super Rugby, the big forward has what it takes to contest for a spot in the All Blacks’ forward pack. With the departure of Kieran Read opening up a hole, Robinson – along with other back rowers – compete for the spot in the starting XV. He is an extremely hard worker who shores up the defence, making tackle after tackle and clocking up the tackle count.

Patrick Tuipolutu (lock)
The Blues captain, as always, is maintaining a solid defensive record and leads in defence by example.

Hoskins Sotutu (back row)
The new number eight burst onto the Super Rugby scene with fearsome-ness. He possesses multiple talents that are expected of an All Blacks number eight. His large size gives him a domination in the game. This boosts his defensive abilities from the base of his excellent tackling. Competent ball skills and his hard-carry abilities create his lethality in attack. This world-class player is a key piece in the Blues’ set.

Two other key components are flanker Dalton Papalii and props Ofa Tu’ungafasi and Tu’inukuafe. Meanwhile, Akira Ioane is a competent replacement for the back row.

Back line
Otere Black (flyhalf)
The star flyhalf has been in roaring form for his past few games. His deadly consistency in nailing shots as a kicker allows the Blues to have a reliable kicker to convert their points. This is clearly why Blues are doing better this season as opposed to the last two, in which a split between Otere Black and the erratic Harry Plummer caused the Blues to have a great downfall.

Black’s game management skills in distribution and his out-of-hand kicking allows the Blues to have a strong pivot. This allows Beauden Barrett out wide to have more freedom of play.

An All Black-quality midfield
TJ Faiane
A new man on the scene, TJ Faiane has proven himself with a noticeable defensive impact and a dynamic presence in the midfield with attacking prowess.

Rieko Ioane
A brilliant 2017 and 2018 seemed to lead up to a stellar 2019, but the wing/centre disappointed in 2019. Overall, his Super Rugby season was decent, but mediocre by his standards. His poor defence in 2019 raised eyebrows and resulted in him being dropped from the starting XV.

However, 2020’s new season saw the new wing take flight. His speed and agility have been crucial factors to the Blues and his magic with the ball opens up spaces for himself and other players.

Deadly back three
Mark Telea (winger)
The rookie wing Telea is made of serious stuff. He has one of the highest records for defenders beaten in the Super Rugby season and has been clocking up tries for the Blues as his rocket legs tear up the pitch. Other than being a superb attacker, his defensive abilities mean he is no slouch. His excellent tackling, combined with his attacking prowess, makes him one of 2020’s most well rounded players.

Caleb Clarke (back three)
His roaring form in the first match against the Hurricanes post-COVID showed us a comprehensive display of the young man’s capabilities. He is a hard ball carrier in contact, a solid defender and a lethally fast player who races across the pitch. With excellent playmakers and midfield to open up space for him, the Blues’ new game play has allowed Clarke to unleash his full potential.

Beauden Barrett
The nominee for World Rugby awards last year has brought a new edge to the Blues team. His kick-and-chase abilities, pace and creativity are fully utilised in the fullback position. His threat in the open with space and deceptive handling in play causes defenders to slip in tackles. 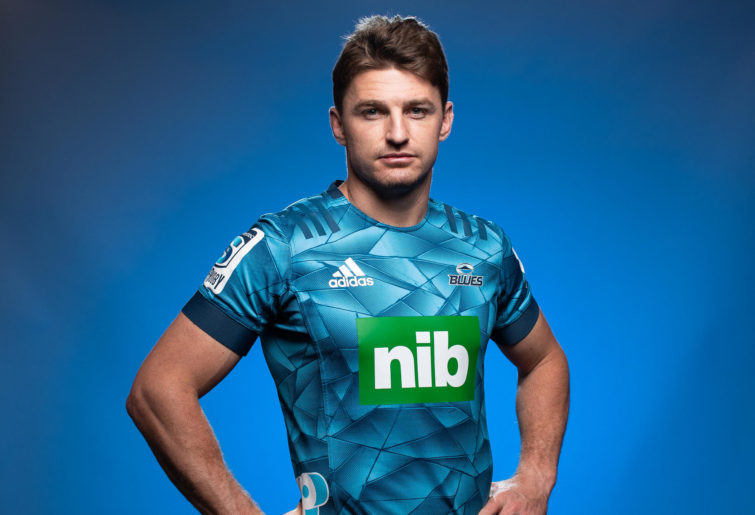 Setbacks
In their latest clash with Wellington, they had opted for a three-playmaker format in the team with three players suitable for the flyhalf position: Black, Barrett and Plummer. Barrett was rather off form in defence, and within the first 20 minutes had been run over by Ngani Laumape twice.

Barrett may be a rather off-form defender. The Blues may do better if he were to maximise his abilities on the pitch. Clearly, Plummer’s poor defence showed against the Hurricanes in the second clash as his poor coordination resulted in opposition tries.

Finally, they made the call to substitute Plummer for Faiane, which ensured a stronger defensive presence in the midfield. In the latest match, with only half the first-team players available, the Blues were unable to assert their presence in the game.

As they take on the Chiefs on July 25, they would have winger Caleb Clarke back, but there still are several absences of key players. Meanwhile, Otere Black has been dropped to the bench after his neck injury against the Hurricanes last week while Beauden Barrett has been granted the start in the ten jersey.

Either way, this is certainly a stronger Blues squad than last year.

Code-hopping star Roger Tuivasa-Sheck will play for the Auckland Blues in 2022, the Super Rugby franchise and NZ rugby announced.

Warriors captain Roger Tuivasa-Sheck has again been linked with a move to New Zealand Rugby with a report claiming this season will be his last in the NRL.