At the top of the order is Tamim Iqbal. No introduction is needed for the opener from Chattogram. From being an aggressive batsman who’d score flashy 50s, Iqbal transformed into a more consistent player, batting for more overs as he would churn out the runs. Despite being average with the bat in ICC World Cups, he’s still a talented player who is the leading run scorer for Bangladesh in ODI cricket.

His partner is the elegant left hander in Shahriar Nafees. In 2006, Nafees became the first Bangladesh player to score a century in the ICC Champions Trophy. Before Tamim had emerged, Nafees was the next big thing in Bangladesh cricket. But after joining the Indian Cricket League in 2008, he would be banned by the Bangladesh Cricket Board before returning in 2010. Despite his good performances, Nafees’ luckless run with injuries hampered his chances of being recalled after 2011. Despite how the BCB treated him, Nafees has over 2000 ODI runs at a healthy average and four hundreds.

My first drop is the greatest cricketer Bangladesh has produced to date, Shakib Al Hasan. His exploits in the 2019 ICC Cricket World Cup were exceptional, racking up over 600 runs and 11 wickets in eight matches. With the bat, Shakib prefers to play square of the wicket, and with the ball, his left-arm orthodox spinners are deadly accurate. With over 6000 ODI runs and 260 ODI wickets to date, I wonder if Bangladesh will produce a superstar like Shakib in the foreseeable future.

At number four is Mushfiqur Rahim. At the age of 16, Rahim had a taste of Test and ODI cricket. After years of mediocrity with the bat, Mushfiqur Rahim has had a fantastic transformation, becoming Mr Dependable in Bangladesh’s batting order. With hundreds against Australia, India, Pakistan, South Africa and a classy 144 against Sri Lanka on a scorching day in Dubai, Rahim is one of the most consistent batsmen in the 50-over format. Out of all players who have batted the majority of their ODI careers at number four, Rahim ranks tenth on most ODI runs scored at number four. This is quite a phenomenal achievement for the veteran from Bogra.

I’ve chosen Mohammad Mahmudullah at number five. Whether it be his maiden ODI hundred against England in Adelaide in 2015 or that breathtaking century against New Zealand in Cardiff in 2017, Mahmudullah has been a match winner for Bangladesh under pressure. A selfless player who has always played for the team, the all-rounder from Mymensingh has often been overlooked by the opposition despite being a pillar of Bangladesh cricket. With his tidy off breaks, Mahmudullah has often got breakthroughs when asked to bowl in the middle overs.

My two finishers are Aftab Ahmed and Nasir Hossain. The way the BCB handled Ahmed is a joke. Rushed into the Bangladesh team at the age of 18 rather than being allowed to develop his game in domestic cricket, Ahmed would be out of the Bangladesh side in 2010, never to be recalled again. An aggressive middle-order bat who loved to hit sixes for fun, Ahmed was a fan favourite for entertaining the crowd.

Although it would be criminal for me to compare him to the likes of Michael Hussey and Michael Bevan, Nasir Hossain’s style of batting is similar to the Aussie duo. Hossain prefers to plug the gaps around the field before teeing off, but if required, he can go all guns blazing from ball one. A handy off spinner as well, Nasir Hossain is the best fielder within Bangladesh cricket to date. Hossain is still only 28, and if he can put up a string of consistent performances in domestic cricket, he can force his way back into the Bangladesh ODI team in time for the 2023 ICC Cricket World Cup.

My captain and first-choice seamer is Mashrafe Mortaza. With 269 ODI wickets to his name, Mortaza is the greatest seamer to hail from Bangladesh. Before knee surgeries almost caused a premature end to his career, Mortaza could clock close to 145 kilometres and pick up wickets with the new ball. As Bangladesh ODI skipper between 2014 and 2020, Bangladesh emerged as a formidable ODI team, winning series against the likes of India, Pakistan and South Africa alongside making the 2015 World Cup quarter-finals and 2017 Champions Trophy semi-finals. What he has done for Bangladesh cricket is extraordinary, and no amount of words can describe his dedication to Bangladesh cricket. 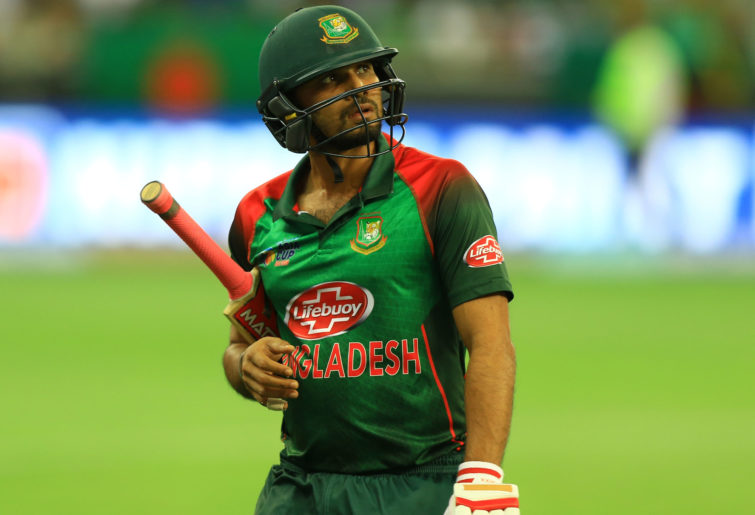 My spin twin alongside Shakib is Abdur Razzak. His left-arm orthodox spinners looked innocuous, but they were anything but that. Razzak’s record with the ball is better than Shakib’s, although the BCB’s obsession with youth would see Razzak dropped by 2014 at the age of 32. Now retired, Razzak finished his career with 207 ODI scalps, and his left armers were crucial towards Bangladesh upsetting India, South Africa and England in the ICC Cricket World Cup. Unknown fact: Razzak holds the record alongside Mohammad Ashraful for the fastest ODI half century by a Bangladesh player (21 balls).

To round out my bowling attack is Rubel Hossain and Mustafizur Rahman. Rubel emerged at a difficult time in Bangladesh cricket, where pitches didn’t suit quick bowlers. Soon, his pace would drop, but he always gave it his all. With 126 ODI scalps and cult hero status for his four-for to knock out England in the 2015 World Cup, there was no question putting Rubel in.

Mustafizur Rahman is a unique talent, with his off cutters bamboozling batsmen. Despite a shoulder injury troubling ‘The Fizz’ longer than expected, Bangladesh fans can hope the fizz of old will be back soon.

This is how the Bangladesh XI stacks up.