Hunkering down to some A-League action on a wet and cold night in front of a big screen television, all of a sudden seems a little different.

For whatever reason, the calming and articulate voice of Simon Hill no longer features in Fox Sports’ coverage of the game. It was a sound to which many of us had become accustomed, enjoyed and respected.

Hill always spoke, wrote and commentated in a measured way; sure to offer balance and precision around any topic or issue with which he chose to grapple.

There was never grandstanding, shouting or any effort made to out-decibel other callers. Hill allowed his considerable knowledge of the game and his calm and understated manner to deliver the trends and patterns in both the on and off field action.

Perhaps the now 52-year-old’s greatest asset was his construction and delivery of emotional scene-setting monologues as teams took to the pitch in the lead up to kick-off.

Those words were an attempt to add romance to the pending clash, to tune in to the history between the two clubs and offer some added spice and venom to the ninety minutes that were about to unfold.

True fans of the game enjoyed both Hill’s style and manner. 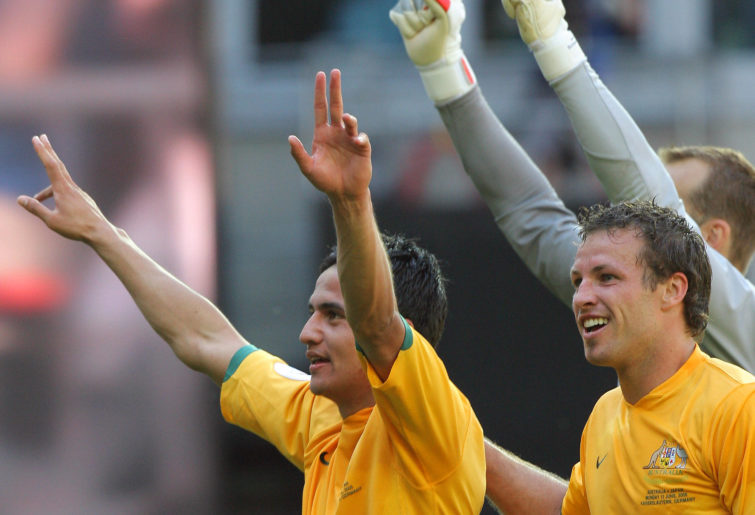 Simon Hill has been the voice behind some of football’s biggest moments. (Roberto Schmidt/AFP/Getty Images)

Having now popped up on a variety of different platforms; commentating, pondering and podcasting, the Manchester-born City fan has thankfully not been completely lost to the Australian game.

What has been left behind is a significant challenge for Fox Sports’ A-League coverage. For 15 years, Hill had been at the hub of their commitment to football.

The biggest matches on the A-League schedule and the Socceroos’ far-flung adventures around the globe to earn the right of qualification for World Cup play brought Australia’s most popular and respected football commentator to the microphone.

Now, Australia’s favourite multi-tasker Brenton Speed will potentially take on some of the space created by Hill’s departure and Adam Peacock will also have the opportunity to call matches more frequently than the odd FFA Cup game, live streamed on the Fox Sports website.

Anecdotally, it appears there is great dissatisfaction around Speed. Personally, I have never been offended or had my nose put out of joint by his more effervescent version of football commentary.

However, others do regale stories of switching on the A-League and being disappointed upon discovering that Speed has command of the encounter.

Their decisions to turn down the volume and watch the match with little more than a murmur in the background may well be apocryphal, however I can understand the sentiments towards Speed’s rather unique style when it comes to painting images of a football match.

The art of understatement has been at the core of successful football commentary ever since the ability to broadcast it became common, especially in English football and by colonial extension, in Australia.

Hill embodies that fact. With over the top commentary duos such as Brian Taylor/Bruce McAvaney and Phil Gould/Ray Warren seemingly hell bent on using inane banter and banshee-like outbursts to keep viewers awake through even the most boring of contests, I found the contrast pleasant.

Speed appears to be from the same school, more inclined to attempt to bring the pictures to life with volume and excitement rather than allowing them to speak for themselves. Such was the lesson that the great cricket broadcaster Richie Benaud passed on to those who came after him. 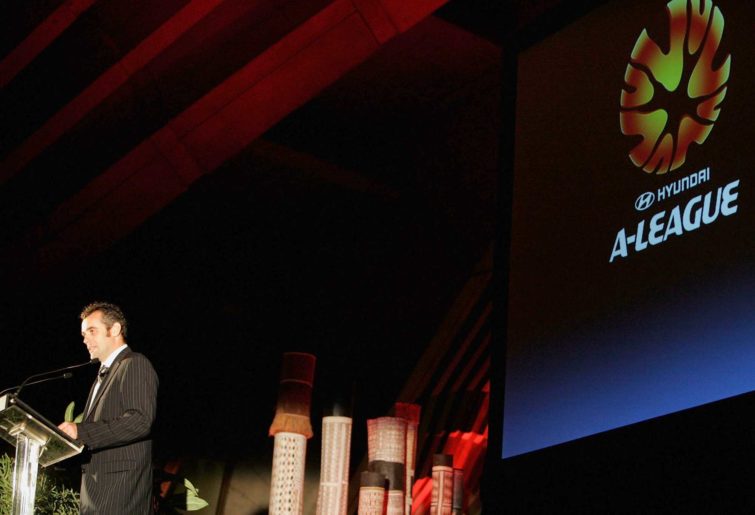 Simon Hill has been an advocate of the A-League. (Photo by Lisa Maree Williams/Getty Images)

I was impressed with Peacock during the F3 Derby on Friday night and the Wellington vs Adelaide clash on Saturday. He showed a clear awareness of nuance, didn’t feel the need to call the name of every player who touched the ball and when the play did reach fever pitch, his excitement levels and associated commentary appeared natural.

Unless Fox Sports are intending on replacing Hill with a new name for the 2020-21 season, Peacock may well become the chief commentator, something many will be pleased with despite their preference for Hill to have stayed.

With financial pressure mounting in the cable television world and Foxtel looking likely to eventually succumb to a global streaming market that only shows signs of increasing in velocity, Hill has no doubt been a victim of the bottom line.

For Australian football broadcasting, that is a very unfortunate situation despite the best efforts of those left behind. Familiarity is key in broadcasting and using the trusted voice of Hill as the A-League heads into new and uncharted waters, could well have been a wise move for Fox Sports.

However, if their intention is to dump A-League football completely after the 2020-21 season, I guess the decision to part ways with Hill made good financial sense to them.