Everyone has been talking about a merged Anzac Super competition next year.

But will five, four or even three Australian sides be competitive and if not, how does Australian rugby address that?

Listening to Rod Kafer during the Force versus Brumbies telecast I was struck by the following observation:

“The single biggest thing that separates Australian and New Zealand rugby is the ability of forwards to use their feet going into contact.”

My immediate reaction was what a load of nonsense, almost laughable really.

My second reaction was how has Phil Kearns, his co-commentator, let him get away with that. How on earth could Kearns go along with such a ridiculous statement when Australia doesn’t have a hooker playing Super Rugby who can throw straight?

But then when, if ever, do they disagree with each other? That ‘old boy’ love affair is long standing and symptomatic of one of the major problems with Australian rugby.

My third reaction was to think of the game in Christchurch I’d watched immediately beforehand.

Having seen the Crusaders versus Hurricanes, it seemed to me that the biggest thing separating provincial teams on either side of the Tasman was skill.

When the Hurricanes caught the ball they rarely did so standing still. Passes were caught by men from Wellington and Canterbury running at speed with a purpose.

Simple skills were on view for 80 minutes and skill lapses were very rare. Creating overlaps, recognising when the other side was short of numbers, recognising mismatches.

And there was no aimless kicking. None. Every kick was purposeful and considered.

Kafer wasn’t totally incorrect, footwork and mobility of the big men is certainly a ‘skill’. But it is ridiculous to say that is the single biggest difference between Kiwi and Aussie rugby union teams.

Running, passing, tackling, kicking. It is a tragedy to have to say that professional Australian rugby players in 2020 are bad at those things.

So what to do?

Tom Banks on the run for the Wallabies. (Photo by Mark Kolbe/Getty Images)

Big picture. Australia needs to start implementing proper skills training at all levels of rugby. And that task alone is worthy of its own article.

More immediately, we need to recognise that any one of the five Australian sides would be thrashed by most if not all of the New Zealand teams. The negligent kicking, turnovers and handling from the Reds and Waratahs especially will be exploited badly.

You could reduce the number of Aussie sides to three and that wouldn’t change.

My strong hunch is that we’d still end up with at least three New Zealand sides as semi-finalists in any finals series. Harsh but true. And harsh realities need to start being recognised and acted upon.

There is an argument to enter any Kiwi organised competition based on the fact that playing the best improves your game. But can that argument really fly in 2020 given what has happened in Super Rugby and the Bledisloe over the past ten years?

And being blackmailed into agreeing only two or three teams from Australia should enter any Trans-Tasman comp must never happen. Western Australia in particular, with a massive population of South African and English expats as well as a thriving club scene must be allowed to grow.

My preference is to create a national club competition with 16 sides in Australia where each club plays each other, home and away. 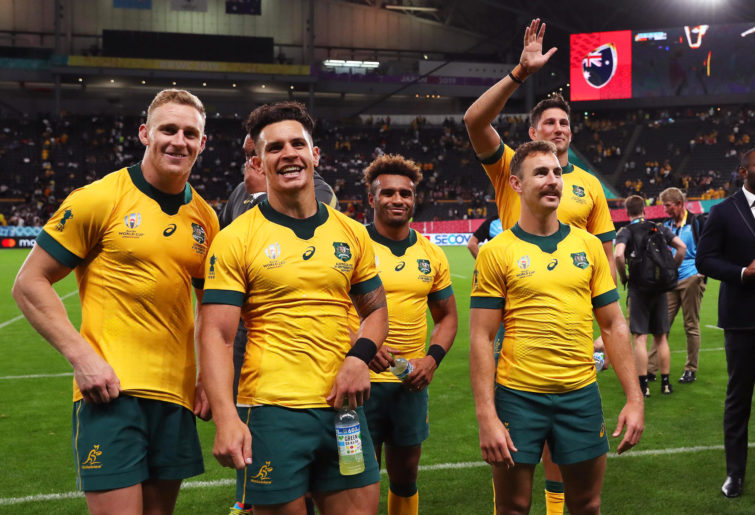 There would be six clubs from Queensland, six clubs from NSW, two from Western Australia and then one each from Victoria and the ACT. If that means upsetting some of the established Shute Shield clubs then so be it.

All Wallabies would play in that club competition and only those with 60 Tests or more could opt out to play overseas. Each club would have the ability to contract a maximum of six overseas players in a 30 man squad.

A ‘State of Origin’ series would then be played between Queensland and NSW each year and the winner would have the right to play New Zealand’s strongest province. Western Australia and the ACT as well as Victoria would play off among each other for the right to tour New Zealand too.

Meanwhile, the majority of money would be funnelled into supporting the clubs and pathways from schools.

This may seem like a radical proposal. But it is a competition designed to engage the grassroots, create pathways from schools, bring the big traditional clubs on board, appease Andrew Forrest and most importantly, have meaning.

It will once again mean something to play for your club and state.

Most importantly for 2020, it recognises that we have a long way to catch up to the Kiwis and allows us to walk away from any New Zealand Rugby Union blackmail with a plan for Australian rugby.