Perez or Stroll? The obvious sometimes isn't what eventuates

Three months have passed since the announcement that Ferrari would be parting ways with four-time world champion Sebastian Vettel. With the racing finally begun for 2020, his future is still very much up for discussion.

It has been discovered that a renewal of his contract at the Scuderia was not even tabled, marking a disappointing conclusion to mediocre six-year relationship.

Though things quickly evolve, where the 33-year-old will land a drive in 2021 is the focus of the silly season. As things stand, the soon-to-be Aston Martin outfit borne out of Racing Point seems to be the destination for Vettel.

Among that however is who of their current drivers – the ever-faithful, midfield specialist Sergio Perez or the yet-to-be proven, son of the boss Lance Stroll – would make way for Seb. Both have deals in place for the next season. 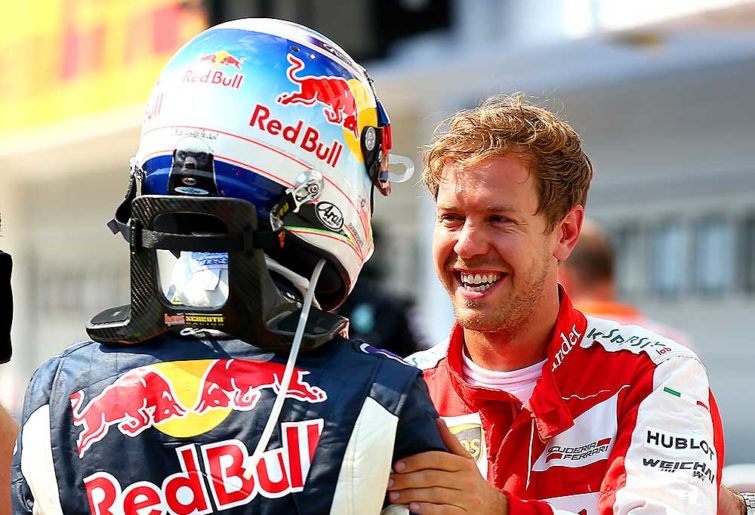 On paper, the best line-up for a burgeoning team with a vision firmly on winning races and championships would be a four-time world champion in Vettel alongside a proven podium accumulator and handy racer in Perez.

Criticism of Vettel’s Ferrari tenure aside, if the hunger to compete at the front is still inside the German, then a change of scenery from Maranello to Silverstone and into a new team culture may spark that talent which has been missing.

The pair would form a formidable line-up and with the current cars set to carry over into 2021 with minimal upgrades, the ‘Pink Mercedes’ would provide an excellent platform for the drivers to announce Aston Martin to Formula One.

However, the obvious choice may not be the decision that is made – and even 30-year-old Perez, who brings untold millions to the team in sponsorship and effectively saved the team from itself in 2018, has admitted “the choice is obvious if someone has to go”.

“I’m a dad, I wouldn’t kick my son out, but there’s not much I can say. There are many [rumours] around. From me, nothing – everything remains the same. I have a contract with the team,” Perez told Movistar+ F1, referring to 21-year-old Stroll, whose father, Lawrence, headed the consortium which purchased the then Force India team and brought them back from the brink.

This doesn’t mean that junior isn’t a driver worthy of the opportunity, though by comparison to Perez in terms of the metrics, he has not done enough to be picked ahead.

In qualifying last year, Perez won that battle 18-3 over Stroll and in the races it was similarly a lopsided affair of 16-5 in the Mexican’s favour. Overall, eight podiums to the Canadian’s one sees the stalwart own that statistic too.

So what is the case for Stroll over Perez apart from the obvious?

The argument could be made for a young driver to be given the opportunity to test his talent against a championship-winning teammate in an equally competitive car. Also, that Perez was given his chance at a top team back in 2013 and it is time for someone else to have crack.

With Perez having signed what was thought to be his final Formula One contract to see him through to the end of 2022, it would be disappointing if the team he’s helped build prematurely showed him the door.

A second chance at winning races and representing a heralded marque would be the perfect swansong for a truly underrated driver.

Spring is in the air at Caulfield this week where we have three group races, headlined by the Group 2 PB Lawrence Stakes where Mystic Journey and Arcadia Queen return.