Brentford deserve a shot at the EPL

It’s been over seven decades since the Bees from West London were last in the top division.

Back then they were still playing at Griffin Park; a Scottish player, George Paterson, was captain of the club; and they won only nine games, with 26 losses and seven draws.

But now, 73 years later, they have a massive chance of getting promoted back to the top flight and into the Premier League for the first time in their history. And with a new stadium coming along just down the road from Griffin Park, it’ll be a massive boost for them in many aspects, especially the financial side.

Here’s why they deserve a shot in the Premier League. 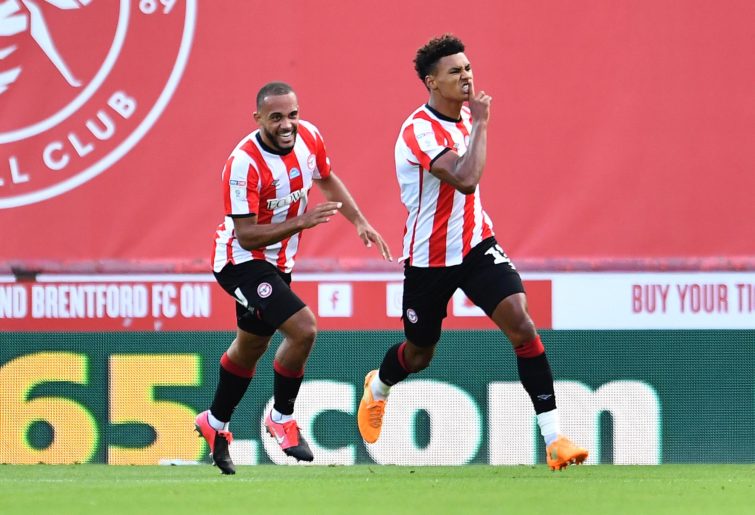 Attack, attack, attack
Everyone knows the old adage ‘the best defence is a good offence’. Well, that isn’t the case for Brentford, who’ve basically based their game plan on possibly the Championship’s most lethal attack in Bryan Mbuemo, Saïd Benrahma and Ollie Watkins.

It has worked out as well, with the Bees the top scorers in the league so far with 86 (including the play-offs), with Mbuemo, Benrahma and Watkins scoring 59 of those goals (approximately 69 per cent). They averaged 14.5 shots per game, including five on target, while scoring 55 goals in open play.

Their playmaking ain’t bad either, with the team having 56 assists, including 19 from their front three. And they keep and pass the ball well too, averaging around 55.6 per cent possession per game and a completion rate of 79.8 per cent.

Strong defence and discipline
Now, even though they have easily the best attack in the Championship, they still know how to defend well while showing good discipline too. Those two, along with a strong attack, are always key parts to any team, especially a team looking at promotion.

Regarding defending, they had the equal third-most clean sheets with 16, have conceded the second-fewest shots per game (9.1) and still made the seventh-fewest tackles (14.6), and the fourth-fewest interceptions per game (9.1).

However, their discipline was even stronger, conceding the second-fewest fouls per game (10.7) with only two red cards so far. They also have the fewest yellow cards this season (57), which, given it’s now a 49-game season, is very impressive.

No-one gave them a chance
As most Bees and Championship fans would know, Brentford weren’t exactly shining in the spotlight, with the team finishing between ninth and 11th for the previous four seasons after making the play-offs in their first season back in the Championship in 2014-15.

However, after a massive July-August window, when they signed 17 players – a further five came in the January window – they redecorated their line-up just a little bit, with the team on Thursday morning having eight new players.

Because of this redecorating, they bought in players such as Bryan Mbuemo, Christian Norgaard, Ethan Pinnock, David Raya, Pontus Jansson and Mathias Jensen. They struggled at first, losing four of their first seven, but managed to click, going on to win 24 games, including an eight-game win streak before and after the COVID-19 break.

With the signings they made and already having some star Championship players such as Said Benrahma and Ollie Watkins while also having young talent such as Josh Dasilva, it was no wonder they did as good as they’ve done so far this season. If they do get promoted, they could also surprise a few Premier League teams next season.

It’s been one heck of a season from the Bees, and the three reasons above just add to why they deserve to be promoted. It has been a long road, yes, but it should be worth the wait.

We’ll find out next Wednesday morning if they get promoted or are stuck for another season in the second tier of English football.

For most Arsenal fans, the dour 0-0 result against Leeds is now firmly in the background as we focus on the club’s Europa League game against Molde.

Not a moment Leverkusen goalkeeper Lukas Hradecky will want to remember.