Three rounds to go in New Zealand, the halfway point about to be reached in Australia. Have we learnt anything yet that we didn’t already know?

Here’s two things to consider: first up, the Waratahs might find themselves in a very handy position in a season or two, once all these really promising kids they’ve introduced to Super Rugby this season get another pre-season or two under their belts. I though the Tahs were going to battle in Super Rugby AU, and they just haven’t been.

And all it took for the Blues to become a truly formidable side was the best player in the world, and the bloke he replaced as the All Blacks’ number ten to run the water.

Write that down if your team is battling. That’s all they need. Recruiting 101.

Let that be your lesson learnt this year. Or your learnings gained, if you’re an absolute language heathen.

It’s high up here at the top, and it wasn’t too hard to get here either after only starting in Round 3, hopefully I won’t fall off.

So with the Canes having the bye this weekend most will simply do other things but we will all soldier on and endure as best we can, masks on naturally.

I suspect the Rebels will have too much in the tank for the Force while the Brumbies seem the obvious choice, although the Reds’ pack should hold their own. 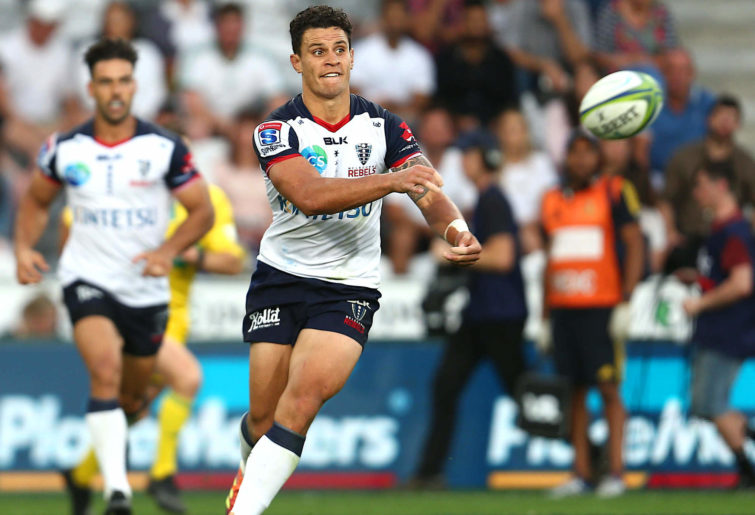 Chiefs and Crusaders make me a little nervous as the Chiefs have a habit of tipping the Crusaders over, however I cannot recall the last time the Crusaders lost two in a row and Richie Mo’unga’s form is simply irresistible to tip against.

Highlanders and Blues is a sticky one also. The Blues certainly deserve to be favourites with their season to date but the Highlanders at home are a significant hurdle and the Blues have not been playing with the same spark in recent times, so I will back the Clan at home.

SURE THING: Russia considering a bid to host the 2027 Rugby World Cup makes me think of a band like Five Finger Death Punch doing a Sweet Caroline cover, mixing in the old with the new, loud, thrilling, exciting, harsh, life threatening. Certainly, a prime opportunity for 42 Below to get in on the sponsorship bandwagon and cuddle up to the Kremlin (the big one and the little one).

In 2018 the Rebels travelled across to Perth to play the Force as a goodwill gesture, and were surprised and disappointed to receive anything but a warm welcome, verbal and physical. Don’t be surprised then if this match carries a decent dollop of extra feeling.

Lots of feeling around too for poor Warren Gatland, who will almost certainly coach his side to an eighth successive loss against the Crusaders. Nah, just kidding (not about the eighth loss, about the sympathy).

I’m not convinced about the Brumbies since the resumption, although I do expect them to lift this week for what is an important top of the table clash. If the Reds can keep all of their players on the field (no sure thing), then they’re a good chance of jagging the win.

Is it tempting fate to tip the Highlanders for another stunning upset? Probably, but after a quiet week’s rest and relaxation in Queenstown, they should be primed and ready for the Blues.

SURE THING: Young Joseph Suaalii will be picked up at the school gates on Friday afternoon and just like a regular schoolkid will be flown by private jet to spend the weekend with Rusty at his northern NSW hangout, plied with popcorn and a new Xbox, kicking back watching Rusty’s back catalogue (except for Romper Stomper), before arriving back at school on Monday in time for show and tell, where he will announce that he’s signed a $4 million deal with A-League side Sydney FC.

Okay then. A couple of weeks ago, after some impressive performances in their return, I had the Rebels game pencilled in as the Western Force’s first win. Back then, the way the Force were playing, and especially the way the Rebels were playing, it just looked like this was going to the week when their trend lines crossed. Sadly for the Force and fortunately for the Rebels, their trend lines have parted again. And while it would be great for old time’s sake if this was indeed the week the Force broke the duck, I’m not sure this is indeed that week.

The Chiefs, eh? Who would have thought the Chiefs would go six games without a win? Probably slightly fewer than who thought they’d go seven straight. Crusaders for me. 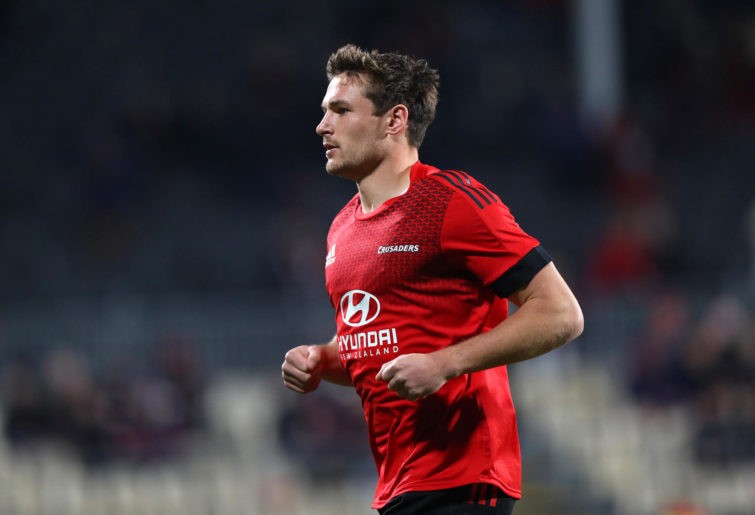 And the Blues. Because I’ve always rated them as a team and as an organisation.

SURE THING: Yes, I know the Chiefs have already lost seven straight when you include the final round of Super Rugby before the world ground to a halt. So we’re actually talking eight straight. And to find the last time the Chiefs lost eight straight, you have to go all the way back to nineteen-ninety… never. The closest we come is an eight-game winless streak over the end of 2010 and start of 2011, which includes a draw in the mix.

So my sure thing this week is history. Either the Chiefs’ worst losing streak *in their existence*, the first time the Crusaders have lost two on the trot since March 2018, which is equally crazy.

We start with what appear to be two straightforward matches. The Rebels were clinical, if not particularly enterprising, in their win over the Tahs last week and should have no trouble against the Force.

Coming off a rare loss, the Crusaders won’t allow themselves to succumb to consecutive defeats against the winless Chiefs. Warren Gatland’s men haven’t been as bad on the field as their record suggests, but there’s no tipping them in this one.

The meeting between the Reds and Brumbies should be the match of Super Rugby AU to date. Noah Lolesio’s absence will be far more keenly felt than it was last week against the in-form James O’Connor, although the Brumbies are still the stronger side from one to 15. Sort out a few front-row wobbles and they’ll get the job done.

The Blues’ excellent defence is more than enough for them to start as favourites on the road against the Highlanders. With Beauden Barrett looking more comfortable, if not back at his peak, in the number ten jersey, the Auckland side should get the result they need to stay in the Aotearoa title hunt.

SURE THING: One side getting out to an early two-try lead in the Force game.

Ebbs and flows, tides shifting. This week is pivotal. Who’s got the best pivot? The Blues. Finally, Beauden Barrett at ten.

The Blues by a lot. The Rebels by a bit. Crusaders by several horse lengths. And the Brumbies over the Reds in extra time.

But the real comp is this tipping panel. Digger might be exhausted. Brett is hanging on. Geoff is closing. It’s big, this round. Injuries may play a factor.

SURE THING: I say it’s a sure thing that Digger pulls a hamstring; a common injury by a punter. 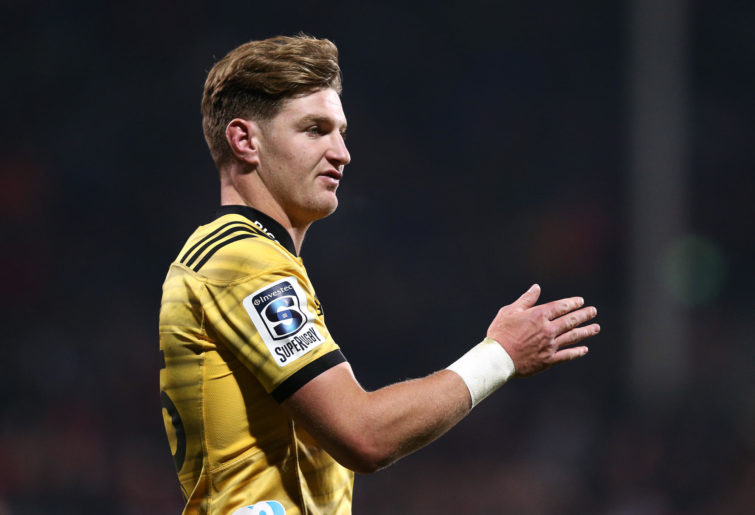 I think a future Super Rugby competition should have seven teams from New Zealand and five from Australia. Those from the Southern Islands will spread their stars in more teams and thus make the 12-team tournament more competitive. There is a big difference in the games that are played in the country from those in black and those that are played in Australia.

The Rebels should account for the Force, I liked how the Perth team was playing offensively but leaving the score at zero against the Brumbies is not a good sign. Crusaders should return to triumph after the stumble in Christchurch and the Chiefs seem to have improved but show no sign of learning how to win.

The Brumbies were very solid and I think they should beat the Reds by small margin. Highlanders and Blues make me wonder things. The Blues seem to be losing steam or no longer surprise as before, and the Highlanders are a team that never gives up, even when they are left for dead. Toss of a coin, Blues it is.

SURE THING: Force fans will continue to complain about the draw, and with good reason.