And to make things just that little bit more exciting, we have a doubleheader this Friday evening as part of the AFL’s ‘Footy Marathon’.

First up: Carlton versus Hawthorn at Optus Stadium.

This is the start of a three-week stint for both sides in Perth and it will be interesting to see how they go.

The Blues have been playing some nice football in recent weeks. It is particularly nice to see them showing up at the start of games instead of after quarter-time; a bad habit that caused David Teague a few losses early on in his coaching career and caused fans a fair few heart attacks.

In three of Carlton’s four losses this season (all except for Round 7), they have given up hefty quarter-time leads, only to outscore them after quarter-time. So imagine how different those results could’ve been…just some food for thought.

As for the Hawks, well they aren’t so happy at the moment…particularly where coach Alastair Clarkson is concerned.

He had another swipe at the umpires over the weekend, after claiming that Sydney’s Tom Papely “milks a free kick as good as anyone in the competition”.

But for Clarko and his men, the problem at Hawthorn is beyond a few missed free kicks.

More often than not, they’re allowing the opposition first use to the football and when Hawthorn do get hands on it, they simply butcher the ball, failing to make much of the little opportunities they are giving themselves.

Last weekend against Sydney, they were travelling at 54 per cent disposal efficiency and 32 per cent efficiency inside forward-50.

Any chance they have of winning tonight’s game will disappear if they can’t turn some of these stats around tonight. They will be boosted slightly, however with the return of key personnel in Jarman Impey, Jonathon Ceglar, Luke Breust and Tim O’Brien.

Harry McKay is back for the Blues, but they have lost Mitch McGovern to injury.

While current form would have Carlton start favourites tonight, will they be able to overcome the North Melbourne curse?

Since the season relaunch, no team has prevailed victorious the week after facing North.

I think Carlton should buck the trend tonight. They’re playing great footy and a win here would be a reward for truly great effort so far in 2020.

So, the competition pacesetters are emerging, the pretenders are falling away and the Brisbane Lions…well, they’re roaring all right.

It has been a fascinating two-and-a-half years watching the Lions grow and develop every week under coach Chris Fagan.

The Lions look to be one of the most dangerous sides of the season. Of course, it helps that they haven’t left Queensland since the season restart in June, but it also helps that they’re playing brilliant footy.

They don’t need a lot of the ball (ranked 17th in the comp for average disposals), but they use it cleanly and are getting the ball into the hands of the right men.

Two in particular: Lachie Neale in the middle and Charlie Cameron up forward.

Lachie Neale was always a fantastic footballer at Fremantle, but he has gone to another level since joining Brisbane at the end of 2018 and he has brought them up with him as well.

At the start of Round 9, he is ranked first in the competition for total disposals, contested possessions and disposal efficiency, second in total score involvements per game and third in total clearances. No wonder he’s emerging as a Brownlow favourite in 2020.

As for Charlie Cameron, well life is splendid when you have such wonderful delivery but he’s creative and opportunistic like few other forwards in the game.

He is an excitement machine and in a season that has predominately been focused on small forwards, he is certainly relishing in the environment.

While there is plenty to like about the Lions and the way they’re going back their footy, excitement seems to be lacking ever so slightly over at Essendon, whom they play tonight.

They will regain Dylan Shiel for tonight’s crucial clash, as well as bringing in Sam Draper for his highly anticipated AFL debut. Tom Cutler, Brandon Zerk-Thatcher and James Stewart have also returned to the lineup.

The Bombers have lost Jayden Laverde to an ankle injury and Kyle Langford to suspension and have decided to leave out Conor McKenna, Shaun McKernan (both managed) and Mitchell Hibberd (omitted). 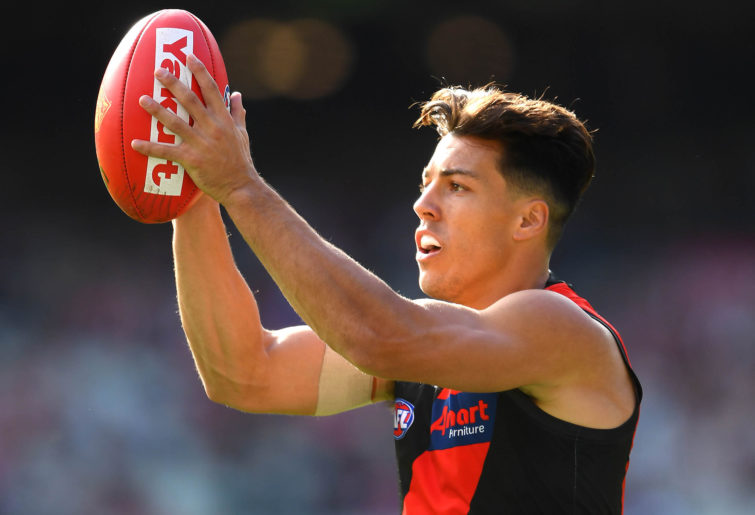 But without Jake Stringer, Cale Hooker, Orazio Fantasia and no word on a return date for Joe Daniher…it’s still not all sunshine and roses for the Bombers at the moment.

Really, there’s no better time for them to bounce back than tonight.

We know the Bombers are capable; their victory against Collingwood a few weeks back would suggest that.

However, after they narrowly escaped a loss to Adelaide last weekend, it appears that the injury list is taking its toll on the Dons.

There are certainly positives, though. Aaron Francis has slotted back into the side seamlessly. Darcy Parish finally getting some more midfield minutes is proving to be a success, plus the Bombers are still sitting seventh with a game in hand against the Dees.

But a loss tonight could really spell out a bit of danger for the Dons, who after tonight still have to face five of the top-eight sides (Port, Richmond, St Kilda, Geelong, West Coast).

And while the Bombers do have a lot to play for, you can’t really go past the Lions at the moment, can you?

Well. I certainly won’t be anyway.