This is textbook domination.

Max Verstappen could only get his Red Bull to within seven-tenths of Valtteri Bottas, his closest Mercedes rival.

Mercedes are streets ahead of the rest of the field while Red Bull’s pace is still static compared to last season and Ferrari only go backwards.

It wasn’t even plain sailing for Hamilton as he spun on the exit of Luffield in Q2, with the gravel that was kicked up in the spin triggering a red flag. The Briton had not set a representative lap time before the red flag but, when action resumed, he coolly secured his place in Q3.

Meantime in Q2, Bottas had already gone faster than the track record he set in qualifying at Silverstone last year and he was on the slower medium compound tyre when he did so.

But nothing could stop Hamilton in the end from taking his seventh Silverstone pole.

No home crowd, no problem. Hamilton just kept going quicker and quicker in Q3, setting a 1:24.303 on his final flying lap to take pole.

That’s an average lap speed of over 250km/h with the G-force being felt pushing towards 5G in some corners. Silverstone is an awesome track and Lewis Hamilton is an awesome driver.

It was another difficult qualifying session for Alexander Albon, who was knocked out of Q2 for the second consecutive race. He starts twelfth on the grid tomorrow.

Both Verstappen and Albon have been complaining of understeer this weekend and once again it appears to have affected Albon the worst.

It’s a shame because some critics may judge Albon on these poor qualifying performances when he is not completely to blame. He’s having to deal with an unbalanced car while trying to keep tabs with his teammate, Max Verstappen, which is not an easy thing to do by any means.

A recovery drive can be expected from Albon tomorrow on a free choice of tyres to start the race with. 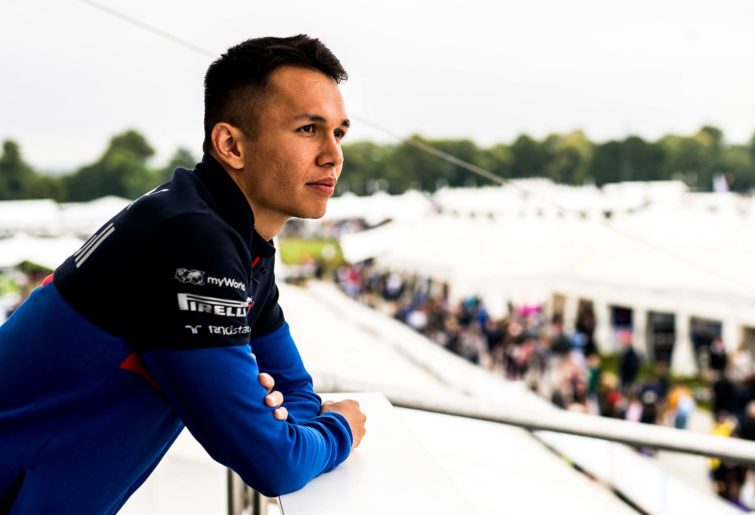 The big talking point on Friday was Sergio Perez’s positive COVID test forcing the Mexican to miss the British Grand Prix, and potentially next week’s 70th Anniversary Grand Prix too.

Enter Nico Hulkenberg. Hulkenberg had been preparing to drive a GT car at the Nürburgring, but instead was hastily drafted in as Perez’s replacement.

And, without jumping onto the Hulkenberg hype train, I’ve been impressed with how Hulkenberg has got back into the swing of things.

He’s managed to keep pace with Lance Stroll, with his fastest time in Q1 only 0.084 seconds slower than that of his Canadian teammate.

So, as strange as it is to write this, Hulkenberg would have been disappointed that he was unable to get into Q3. P13 is still a commendable effort for somebody who had only been told they were going to race an F1 car this weekend late on Thursday afternoon.

Lance Stroll was able to set his fastest time in Q2 on the mediums, so he has that strategic advantage over his midfield rivals. Stroll starts in sixth tomorrow alongside Lando Norris.

An honourable mention goes to George Russell who got his Williams into Q2 for the third consecutive race. Compare this to last year at Silverstone when Williams were plumb last and a second slower than any other car in Q1.

The race itself hasn’t tended to play out as well as qualifying for Williams so I’m hoping that there is improvement shown tomorrow. It’s great to see Williams continue on the up.

It may look like another Mercedes victory is on the way but there is many a talking point to unfold up and down the grid. It all gets underway at 11:10 pm AEST.