A long day awaits Genoa and Lecce tifosi ahead of the last games of the season, which kick off on Monday at 4:45am (AEST).

The two teams are separated by just one point with 90 minutes to go. Genoa has 36 points, Lecce 35. Genoa has won the last match between the two and the first leg was drawn, so in case the two will end on equal points, Lecce will be relegated.

The two teams come to the final game on opposite moods. While Lecce scored an impressive come-from-behind win on the road versus Udinese, Genoa was trashed 5-0 in Modena by Sassuolo, thus wasting a healthy four-point lead on their rivals.

Genoa is not new to these kind of dramatic season’s finale. Just last year they survived a similar drama: a battle at distance against Empoli. In their long history, the oldest football club in Italy has fought for survival in the last game of Serie A a record 12 times, escaping relegation on eight occasions.

Lecce, promoted last year to Serie A, has become the typical yo-yo team, dancing between the tiers on a regular basis in the last 20 years, with a remarkable resurgence from the ashes of forced relegation to a non-professional league due to a betting scandal. 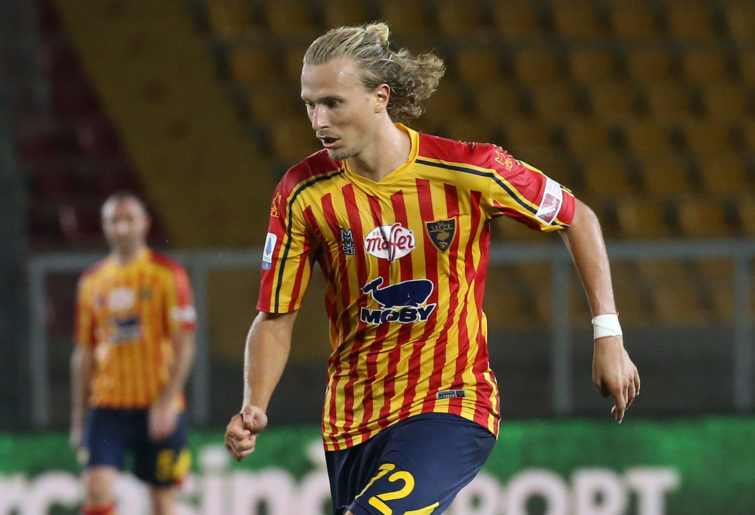 Can Antonin Barak save Lecce from the drop? (Photo by Maurizio Lagana/Getty Images)

In 2012 Genoa and Lecce battled the same fight. Lecce was three points behind Genoa and the Rossoblù escaped relegation thanks to a 2-0 win at home versus Palermo and Chievo beating Lecce 1-0 at home.

Genoa’s coach, Davide Nicola, has also already won a similar duel on the last game of the season. In 2017, when he was on the helm at Crotone, his team defeated Lazio 3-1 at the last game and condemned Empoli to relegation.

Both team will play at home. Genoa will face Hellas Verona, Lecce will host Parma. Verona and Parma have only their honour at stake, being outside of any possible European spot and not fighting for anything.

As usual speculations are high. Verona’s head coach is former Genoa captain and coach Ivan Juric, a much loved figure in Genoa by the fans, but who left on bad terms with president Enrico Preziosi.

On the other side Parma is a long time ally of Genoa’s cross town rivals Sampdoria. The two teams have even played in kits resembling other’s team colours to show the friendship between the team from Emilia and the team from Genoa’s suburbs.

With both teams being involved in the past with dodgy deals at the end of the season: Genoa missed promotion to Serie A due to a match fixing scandal in 2005, Lecce were relegated to non-professional football due to a betting scandal in 2012.

The passionate tifosi of both teams will be the ones to miss out, with stadiums still closed to spectators in Italy. The chants will be heard only in the pubs or private homes. It is hard to expect social distancing will be kept in one of the two towns on a hot Italian Sunday night.