Nor would that take place in even a normal world. But 2020 has made our world far from both perfect and normal and here I am penning a preview for one of the biggest games of this year’s AFL season for publication on a… Tuesday morning.

It feels like forever since the Tigers tore the Lions to shreds in their qualifying final last year. I, like many others, worried for Chris Fagan’s side in 2020 – a sophomore slump seemed likely.

Luckily, that prophecy looks increasingly likely to be unfulfilled and instead we get treated to a match between two genuine contenders who look to be in full stride.

The tale of the tape

Richmond’s absurdly dominant record over the Lions is well-documented – Brisbane will need to crack an almighty hoodoo to get the points tonight.

They were brushed aside by the eventual premiers twice last season, falling by 27 points at the MCG to have their nine-game winning streak snapped, before getting blown away at home in the qualifying final by 47 points – but it goes back much further than that.

In fact, Damien Hardwick has never lost to the Lions as Richmond coach, with his side claiming the last fourteen encounters by an average of 42 points. Brisbane’s last win over the Tigers was in 2009, while their last win over Richmond at The Gabba came way back in 2004.

Teen phenom Jay Schulz kicked six goals on that day, but it wasn’t enough as Nigel Lappin’s 29 disposals and eight clearances were enough to score him the three votes.

On the stat sheet, the Lions sit second for scoring, with the Tigers sitting third for defence. They both sit inside the top three for inside 50 differential, while both sitting in the top four for marks inside 50. 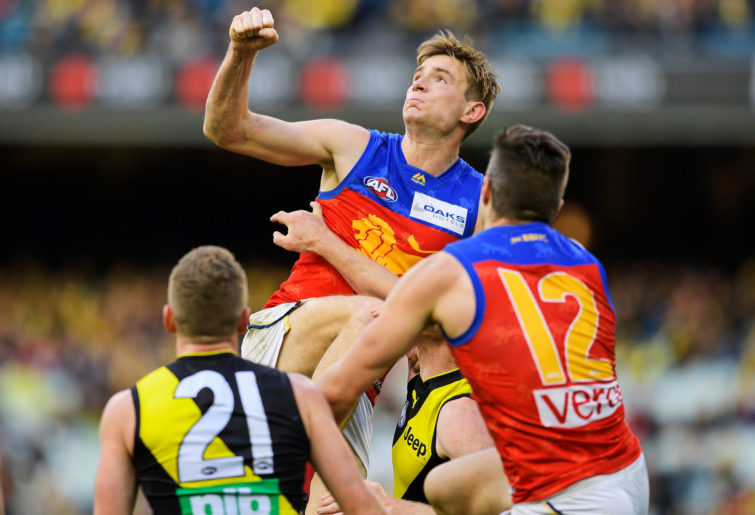 How the Tigers win

The most obvious difference between Richmond’s wins and losses in 2020 has been ball use. There’s no point wasting words here when a table will do.

What’s peculiar is that, with some exceptions, the ball use of their opponents was rarely that different – which suggests it’s not a case of the Tigers having a bad day. Instead, it seems the way to beat Richmond is to force them to play another style of game entirely.

For example, Greater Western Sydney’s disposal efficiency of 67.7 per cent was the worst of any side to play the Tigers this year, yet they came away 12-point victors. Similarly, St Kilda’s 70.5 per cent disposal efficiency was almost identical to their opponents, but they cruised to a 26-point triumph.

So, from a Richmond point of view, they need to get the game on their terms early. They can’t get sucked into a patient, aerial style of play. If they get the defensive exit structures right, feast on the inexperienced Brisbane forward line and get the skills right so they can launch potent coast-to-coast counterattacks, they’ll win comfortably.

How the Lions win

While the scoreboard from 2019’s two losses makes it seem like they were well off the pace, Brisbane actually had the right idea in both matches and were unlucky to get beaten as badly as they did.

Where they fell down was worrying inefficiency inside 50. In round 23, they won the inside 50 count 50-47, but scored on just 32 per cent of their entries compared to 48.9, while they had 11 more entries in the qualifying final but were again outvalued.

Brisbane’s forward line has long held serious promise, but it’s time for them to take a game by the scruff of the neck.

Charlie Cameron holds up his end of the bargain regularly, but Lincoln McCarthy needs to step up and provide a second small option after going missing twice against the Tigers last year.

Eric Hipwood only managed one goal in his two cracks last year too and has only kicked multiple goals once this year – Round 1. No Daniel McStay makes his job harder, but he needs to become the dominant full forward force we know he can be – not just if the Lions want to win this game, but if they want the flag.

West Coast’s nine-point win over Geelong over the weekend was probably this year’s first genuine classic, but hopefully we get treated to another one tonight. Both sides enjoy playing at Metricon Stadium, carrying five-game winning streaks at the venue. In both cases, the most recent two wins were not against the Suns.

The Lions come in with the more convincing recent form, but Richmond looked to hit their straps against the Bulldogs last week and, coupled with their reign over the Brisbane, makes them slight favourites for me.