Some great jerseys, some not so great and great tributes to the owners of the land.

With that being said, if the round past did anything, it may have shown us who are genuine contenders and who really are there for numbers.

The only other teams I can see pushing for the eight are Manly, St George and Wests. These three teams are a legit chance of forcing their way in and the rest are dead heats for the bottom portion of the ladder.

That is 11 teams worthy of making the finals. As sad as it is to say, out of those 11 teams realistically only five of them can win this year’s premiership.

One through five are all genuine premiership contenders, with one very lucky to make my list, the team in green down south of the border. Canberra have lost their general and captain in Josh Hodgson for the year and although they are grinding out small wins, I don’t think realistically their chances are as high as the other four, but are high enough to be a worry for other sides.

From top to bottom, the Panthers have been out-and-out the best side of season 2020. Only one loss on the trot and they are firing.

Someone made an interesting point that they haven’t faced much adversity and questioned how would they respond to a low point. Once these Panthers are tested, how they respond will really show if they’re legit or not.

For the time being, they’re first for a reason. We cannot fault that.

The ever-present Melbourne Storm are back up near the top, as per usual. They seem to be like clockwork and just seem to find players who are gems from nothing. They’re my pick to win it all this season, and send out Cameron Smith as a winner (yes, I think he will retire).

Parramatta are the oddest out of the five. They have a plethora of talent across the board and their record shows it. Their biggest downfall, however, is they haven’t slain teams when they really should’ve.

The Bulldogs did everything but win, in which the Eels just let them come back into the game. It wasn’t what you want to see from a team priming for a premiership. Out of the five, they are my pick to choke in the big games. Watch this space. 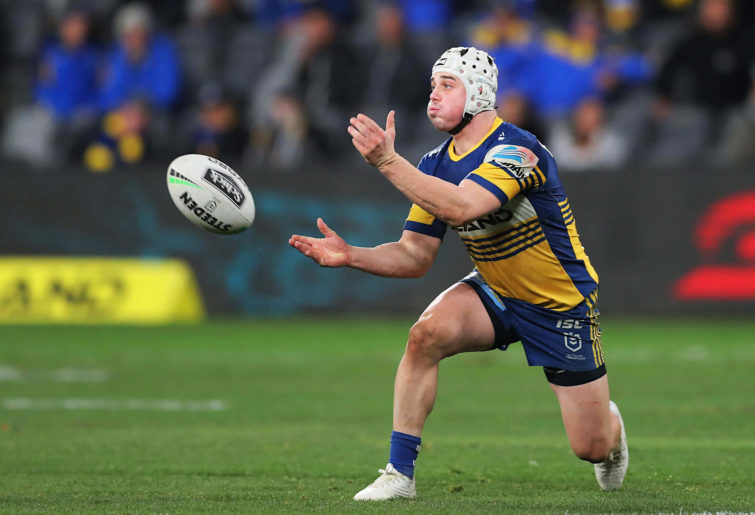 The back-to-back champions, pushing for a three-peat, look wounded and sorry. Injuries aplenty, they still find ways to win. The ultimate professional side.

They just keep producing, regardless of who is on the field. Given the injuries are occurring now, however, they could be primed when the finals come around.

Given the expected addition of SBW, I believe the Chooks will make the prelims and will eventually bow out due to tiredness and the longevity of their run. The last team to three-peat in a major sport were the Kobe Bryant-Shaq O’Neal-led Lakers in the NBA, who then crumbled right after it.

Three-peating is hard business and if any team were to do it it could be these Chooks, but I see a quicker ending this season.

Last but not least, as above, the Canberra Raiders. They seem to be there and scraping wins from the dirt, but two points are two points. By any means necessary, a win is a win. I believe they will make the prelims but will lose out on back-to-back grand finals.

If you read my words correctly, I have Parra not making the prelims and the final four coming down to Penrith, Melbourne, Easts and Canberra. I believe it will be a Penrith/Melbourne grand final, in which I have made my pick already.

For a competition of 16 teams, to only have five ‘real’ contenders, could it be a worry the talent is not spread out as much as possible?

Who knows? I am just ready for the rest of this season to rip in.