Both sides are looking great and could sort out the men from the boys. This will be a close game. Both teams have looked really good this season with Richmond dominating the Lions on Tuesday night with the likes of Tom Lynch and Jack Riewoldt finally at the level that won the premiership in 2019.

On Port, they have been floating along nicely with winning crucial games and looked good against the Dogs on Monday night. This game will be won by the team that wants to be brave and also whoever wins the clearances will win the game.

One thing that should be interesting is how the likes of Tom Rockliff and Connor Rozee go as they were non-existent in last year’s match-up against Richmond with only 20 touches between them.

I know it was the MCG last year but also Richmond did knock off Port at the Adelaide Oval last year with a weakened team. They are in a similar position now.

It will be interesting to see how Shai Bolton, Derek Eggmolesse-Smith and Jake Aarts go. They look in good form and were given far too much space against the Lions and were key to the win on Tuesday night with over 40 touches between them and kicking multiple goals.

These fringe players are key to Richmond’s success. How will Port go in defending those types of players? I can’t see a tag on Bolton but could see a tag on Kane Lambert, though Brad Ebert is out, which might make it a tough task for Port.

They do have something that Richmond doesn’t have and that is a home crowd that will definitely motivate them in winning this match. So this match will be must-watch footy and will be an interesting battle.

Ins and outs
Richmond: Trent Cotchin will be rested, which is a blow for the Tigers in the midfield. They have the likes of Shai Bolton and Marlion Pickett who can play on ball. There is no David Astbury due to surgery on his knee.

Port Adelaide: Ruckman Scott Lycett will make a return and will be key in the ruck as he will challenge Ivan Soldo around the ground as Lycett is a mobile ruckman and is a good back-up forward.

Key players for both teams

Port Adelaide: Charlie Dixon
He has to play well for Port to win. As we saw against the Dogs he was shut down on Monday night, which meant Port had to turn to other forwards to kick goals like Robbie Gray and Connor Rozee, who were given far too much space against the inexperienced Dogs back line and with some Richmond players in All Australian form it will be hard for them to get in the game.

So Dixon must kick goals and has been quality with 19 goals this season and he will trouble the Richmond defenders as they are more suited to a small forward line than tall forwards. So if they have any ideas it would be to kick the ball to Dixon’s highest point because we have seen when tall forwards have played against Richmond, their defence has been rattled. Look what happened against Mason Cox in 2018. If Charlie Dixon kicks a bag, Port wins, but if he doesn’t, it’s likely a Richmond win.

Richmond: Kane Lambert
He looked good on Tuesday night. He has been a key for the Tigers especially through their link-up play through the midfield. He is a key to their style, which has worked well for the past three years. Lambert is the forgotten midfielder for Richmond, who has been a star and again will be key to the win.

Lambert has averaged 16 touches a game and is a key to Richmond’s quick ball movement. If Port want to win they must tag Lambert. That has worked before with GWS tagger Matt de Boer tagging him and he was only kept to 14 touches. More than half of those touches were handballs in the Round 8 clash. Moreover when he is stopped Richmond normally loses their offensive flow so Port must tag him if they want to win and keep top spot.

My prediction
Richmond by ten points.

The Tigers will have too much class when the game gets tight and will the young Port players be able to handle an experienced back line and a quality midfield? Or will Richmond run away with it at the Adelaide Oval?

Geelong forward Tom Hawkins doesn’t believe his six-goal mauling of Port Adelaide earlier this year will give him or the Cats a psychological edge in next week’s AFL finals opener. Hawkins bullied the Power’s defence at Metricon Stadium as the Cats claimed a comprehensive 60-point round-12 win. While that display likely left Port defender Tom […] 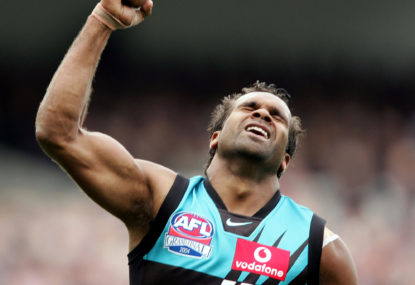 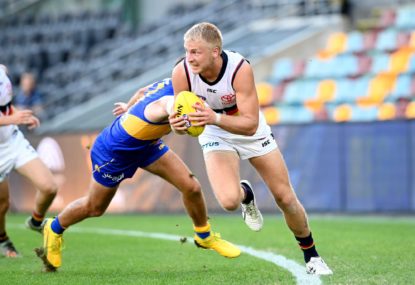 Both the young and old fire Power to victory

Both the young and old fire Power to victory