Not exactly living up to his last name and never one to say no to a drink or a good time, Sobers hits the town, visiting some Guyanese friends first, then meeting up with English off-spinner Reg Scarlett at a swanky inner London nightclub.

By the time Sobers had worn out his dancing shoes, it was 4am and the sun had begun its ascent for the next day’s play.

Sobers was a realist, thinking ‘I have so much liquor in my head that if I go home to the motel and go to bed, I am not going to wake up.’

Naturally, for Sobers, this meant a few more drinks to watch the sunrise, a quick shower and then donning the pads for the next day’s play.

He walked out to bat and played and missed the first five balls from Bob Willis. The sixth ball found the middle of that bat and it never really stopped that day. He went on to pound 132 runs before retiring for a break to go to the toilet.

During the break, he mixed two large glasses of port and brandy, scoffed them down, and then came back in and made 150 not out. For good measure, he also bowled 12 overs for 37 runs in the next two innings. He was 37 years old at the time.

Bradman once called Sobers a five-in-one cricketer, because he could do pretty much anything on a cricket field.

There is a similar term used in baseball to describe all-round gifted athletes that can hit for power or precision, throw, catch and run the bases: a five-tool player. They are the holy grail for baseball scouts.

Sobers was a five-tool player. Perhaps the only one cricket has seen.

He was an aggressive, explosive batsman, though not necessarily careless.

After smashing six sixes against Glamorgan in a county game, the opposing captain Tony Lewis remarked that: “It was not sheer slogging through strength, but scientific hitting with every movement working in harmony”. 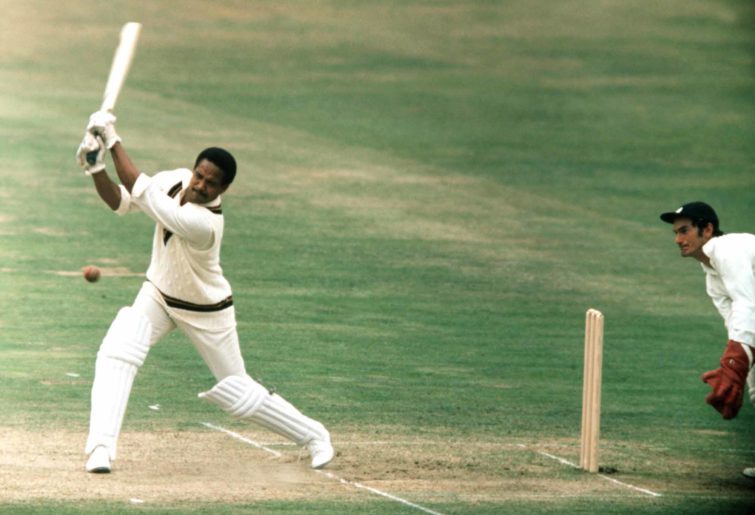 He was, by all accounts, an exceptional fielder in close and in the outfield. He was also willing to strap on the keepers pads, to guard the wicket if needed in a pinch.

But what fascinates me the most about Sobers is his bowling.

Starting as an orthodox left-arm spinner, he developed the ability to bowl wrist spin and googlies.

Later in his career, he was also used as a seamer, either to bowl fast given the new ball or as a stock bowler sending down medium-pacers.

There are some contemporary examples of cricketers doing this, but it’s very rare.

Manoj Prabhakar, an Indian all-rounder, while bowling pace to the dangerous Sanath Jayasuriya during the 1996 World Cup was smashed for 33 runs in the first two overs.

Kapil Dev’s opening fast-bowling partner, Karsan Ghavri, once took a five-for after changing to left-arm spin after the Indian spin trio of Bishan Singh Bedi, Bhagwath Chandrasekhar and Erapalli Prasanna failed to make an impact in the fifth Test against England in Bombay in 1977.

Mark Waugh was a medium pacer before reverting to off spin in to sustain his career after multiple back injuries.

Colin ‘Funky’ Miller, the blue-haired jack in the box, won Australian Test player of the year in 2001 after being brought in as an off spinner. He changed from swing bowling after an ankle injury.

Sending down four dot balls, Kiwi opener and captain Stephen Fleming glanced a quick single to the leg side to bring the right-handed Matthew Sinclair on strike.

Miller lengthened his run-up, the commentators remarked in astonishment how he was about to bowl medium pace, and he charged in and trapped Sinclair LBW.

Even the great Sachin Tendulkar could throw down a few leggies mixed in with some medium pace. He might be the only cricketer in the world to hold the claim that he got Shane Warne out with spin and Brian Lara to medium pace.

As far as my understanding of the legality of changing bowling style goes, as long as a bowler informs the umpire of their intention about which side they wish to bowl from, then it’s all cricket.

Perhaps, the streams in cricket academies teach players to specialise in one skill at the expense of others. There is the famous story of Dennis Lillee discouraging Tendulkar at his MRF Foundation to drop the pace bowling and focus on batting in Chennai in 1987.

The trend seems to be for quicker spinners, in the style of Anil Kumble or Shahid Afridi, or for pace bowlers who can slow it down, like James Faulkner for example.

It seems that in most cases, switch bowling has been employed out of necessity rather than novelty. To turn the screws on a pitch that is unfriendly, for example, or to compensate for a disruption to the bowling attack.

So my question for all the Roarers out there is this: Do you think we will ever see another bowler in the same mold as Sobers, or possibly one of those mentioned above? Does the idea even have merit?