New Zealand announced on Tuesday that it was shutting down Auckland after four new cases of COVID-19 were discovered, following which the Blues had said Sunday’s game could take place only if restrictions were eased.

But New Zealand Prime Minister Jacinda Ardern on Friday extended level 3 restrictions imposed on Auckland by another 12 days, until August 26.

“The Blues-Crusaders match scheduled for Sunday in Auckland now cannot take place. From a competition point of view, the match is now considered a draw and both teams will be awarded two points,” a New Zealand Rugby statement said.

All 43,236 tickets had been snapped up for the last game of the domestic championship, which was organised after the wider Super Rugby competition was shut down in March.

“While this news is disappointing, we need to take a step back and be grateful for what we got, what it meant to our players, our sponsors and, most importantly, to our fans,” Blues chief executive Andrew Hore said.

The Crusaders had wrapped up the title with a game to spare on Sunday.

NZR confirmed the Highlanders’ clash with the Wellington Hurricanes will take place as scheduled on Saturday without fans in attendance. 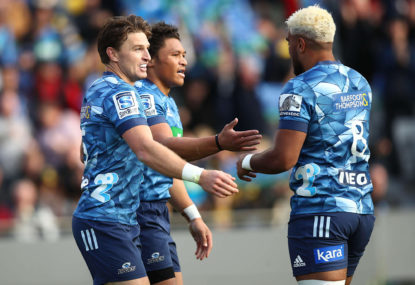