Once the gritty new kids on the block with vociferous active support and a claim to truly represent the mixing pot of ethnicities in western Sydney, the Wanderers are in the midst of a grim run of results.

In a league where over 50 per cent of the teams make the finals, missing the playoffs in three straight seasons is simply not acceptable for any side – let alone one which claims to be one of the most prominent in the land.

The Wanderers last experienced a successful season in 2015-16 under foundation coach Tony Popovic. They finished the regular seasons as runners-up, just one point off premiers Adelaide United. They went on to make their third grand final appearance but went down to the Reds.

It would be one thing if, within the last few years or even this season just past, the club had been building towards something, whether that be graduating a class of academy players or developing a new footballing philosophy.

But all they have to show for their efforts since 2016-17 is a sixth-place finish and a loss in week one of the finals. That’s right – in four seasons.

But wait, I’m forgetting the ace up their sleeve – the return to Bankwest Stadium.

The Wanderers were displaced for three seasons while their new home was built on the land where the original Wanderland stood.

Fans complained of poor sightlines and matchday experience. Was it largely disruptive to play at the awful Giants Stadium and cavernous ANZ? Of course.

The claim that returning to Wanderland would directly correlate with improved results was repeated ad nauseam by fans. It’s only their first season back in Parramatta, but the results speak for themselves.

They have managed a winning record at Bankwest this season, but their overall form was disastrous. Making the finals is already a low bar to be aiming for and even that proved beyond them. Their season win rate in 2019-20 was a paltry 35 per cent.

Wanderers fans reading this won’t be happy with the comparison and I’m sure they will let me know in the comments, but let’s have a look at how Sydney FC have handled their own displacement from their home in Moore Park.

Sydney managed a solid regular season, finishing as runners-up in their first campaign away from Allianz Stadium. In the finals, they humiliated old rivals Melbourne Victory en route to a fourth championship title.

They can already claim a Premiers’ Plate success this season, and despite a poor run of form, have a decent shot at making it back-to-back grand final victories. Perhaps it’s simplistic, but if Sydney could do it, why did Wanderers struggle so much? The stadium excuse just doesn’t hold water.

In a salary-capped league, it’s hard to be successful when you only have good recruitment or good coaching. It’s impossible if you have neither.

When it comes to recruitment, there’s margin for error when it comes to your Australian players. The same cannot be said for imports and this is where Wanderers have let themselves down. They get a pass mark for their local players, it’s been nothing special but definitely better than some A-League sides. Let’s explore their visa players of the last few seasons.

With the exception of Oriol Riera, forward-line signings like Simon Cox and Alex Meier – who was a marquee player – have completely fizzled out.

Across the rest of the park, there’s also been little joy for fans. If it had been a season or two earlier, Marcelo Currusca would have been a pretty good signing. But he was basically topping up his super at Wanderers, only making 12 appearances.

Going back to the Popovic era, Jumpei Kusukami made an impact but perhaps could have made more of his time at the club, too. He wasn’t happy at the club, so extending him wasn’t an option, but questions need to be asked why Alexander Baumjohann didn’t match his output at Sydney FC while he wore the red and black.

It’s hard to make the case for the signing of any other visa player in recent seasons turning out successfully. No A-League club has a 100 per cent success rate with importing players, far from it, but again, if clubs like Sydney FC and Melbourne Victory can manage to get it right more often than they get it wrong, why has it proven so difficult for Western Sydney?

They have always had a revolving-door policy with wholesale changes to the squad every off-season. In the past it was attributed to Popovic, but if anything the club’s recruitment has gone downhill since his departure. Regardless of who’s at fault for these poor moves, something needs to change because without a Graham Arnold or an Ernie Merrick, average squads don’t win trophies.

Following Popovic’s sudden departure just a week prior to the start of the 2017-18 season, Wanderers were in the hunt for a new head coach. The reaction from Western Sydney fans and from around the league was mixed when ex-Adelaide United boss Josep Gombau was appointed.

Gombau’s record as Wanderers coach was ultimately poor and he left the club after just six months in charge. His time at the helm will forever be punctuated by a 5-0 drubbing at the hands of Sydney FC.

The ill-advised appointment of Markus Babbel was never going to work out. It was said Babbel took a hands-off approach and let now-coach Jean-Paul de Marigny handle most training sessions. 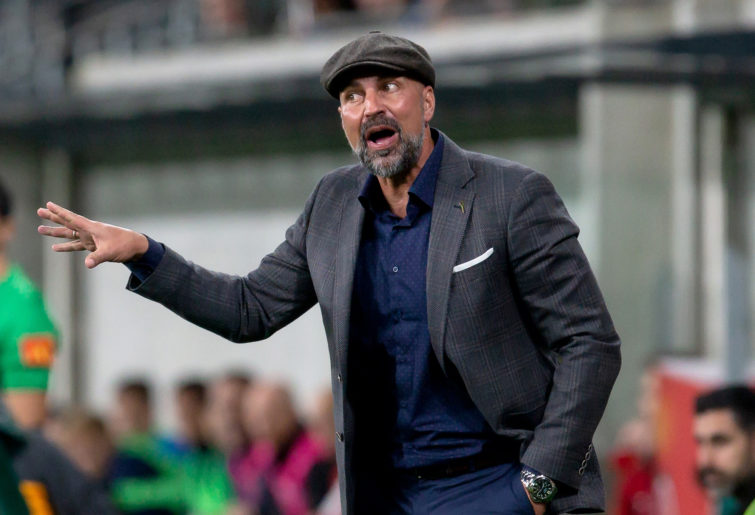 Not many coaches can get away with an arrangement like this and perhaps more importantly, what does it say about the new coach? How much blame for recent results can be attributed to de Marigny?

It’s too early to make a judgement on the new man in charge, but he was a curious appointment. Not even taking into account accusations he was stabbing Babbel in the back while serving as his assistant, he has no prior experience as a head coach at this level.

Perhaps he was worth taking a chance on and time will tell. But with a playing squad that on paper would finish mid-table and an immediate need to make the top-six – at the bare minimum – in 2020-21, is this the time to be gambling on a rookie coach?

He’s not under Anthony Seibold-level pressure but make no mistake, he needs to turn things at Bankwest Stadium around. Quickly. The mandate he’s reportedly been given is to win trophies and continue to bring through young players at the club. Needing to win immediately rarely meshes well with blooding youth.

And when there’s only so much that can be done in one-off season recruitment-wise – a COVID-affected one, to boot – and the fact de Marigny only has one season left on his deal, you could mount the argument that ownership are setting him up to fail.

There’s definitely been a lack of leadership from the board level in Parramatta. With the club mired in mediocrity for so long now, it’s strange there’s been such a lack of communication from the boardroom.

One more thing worth a mention is the RBB’s disappearing act. There’s blame to be placed with the active supporter group and with authorities, but I’m not interested in rehashing the old debate.

For so many years the RRB were a point of distinction amongst fan groups in the A-League. The atmosphere they created was second to none and in this case, the old cliche of the fans being the “12th man” might actually have been accurate. They provided a distinct advantage and helped turn Parramatta Stadium into a Wanderers fortress.

The high-energy support from the RBB the players thrived on in the club’s early days would be a welcome addition to match days. We won’t get into flares, but even coming from a Sydney FC supporter, the sights and sounds of peak-RBB christening their quality new home would’ve been a great sight.

Chairman Paul Lederer has stated there will be an “independent review” of the club’s operations. It had better be started and finished in quick time because they need to get things right.

I’m not sure how much more pain the fans can suffer through and I don’t want to find out how much damage another season of failure from the Wanderers and Melbourne Victory does to the league.

Western Sydney’s clash against bitter rivals Sydney FC this weekend at ANZ Stadium will take on greater significance than a local derby. 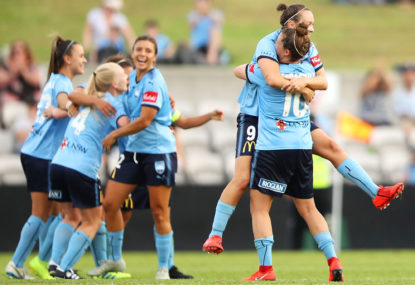 With most of the preseason player merry-go-round action done, Christmas planned and 12 teams ready for action, the A-League now faces an all too familiar hurdle. 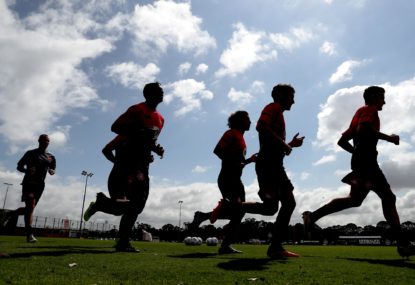