Professional sports that use a finals format to decide their champions usually expose a considerable chasm in class between those teams finishing near the top of the ladder and those that scrape their way into the finals.

Rare is the outlier who finds momentum at the right time and manages to muscle their way past the more favoured opposition on the final day of the season in the most fairy tale of victories.

Form across a long season generally stands up. The problem for A-League fans right now, as the competition approaches its final match of home-and-away play and moves into the five cut-throat matches that will decide the eventual champions, working out who the rightful favourite is and the teams most likely to contend is proving somewhat difficult.

Before the COVID-19 pandemic forced the temporary shut-down of the league, Sydney FC looked like careering away into the distance with the Premier’s Plate and the likelihood of them also holding the A-League trophy appeared compelling.

Much to the cheers and rejoicing of many opposition fans around the country, the Sky Blues have wobbled through their last six matches; gathering just five points from a potential 18. They look toothless and encouragingly beatable.

Had such a form slum occurred five months ago, logic would have suggested that Melbourne City would be there to pounce on the Sydney carcass and march their way to what would be a history-making championship for a club that has so oft disappointed its supporters.

Indeed, in their first match after the resumption, City towelled Sydney up 2-0 in a convincing performance of which they are capable of producing from time to time. Leading Adelaide 2-0 and seemingly cruising to victory in their only other match to date, City did what City do and conjured a way to let things slip away.

Down to ten men, the Reds found the goals they needed and nearly one or two more, restricting City to a lone point. It reminded us all of City’s penchant to disappoint in big moments; a trend that still sees them as an unconvincing prospect when it comes to potentially becoming the champions of Australia.

Wellington Phoenix have suffered a similar fate to that of Sydney. In their six matches since the restart, Wellington have also managed just one win, five points and were thumped 3-0 by the Jets in their last hit-out before the finals.

All three teams, despite holding sway at the top of the ladder for the majority of the season, look as shaky as a chilly eskimo leading into the most important matches.

Tomorrow night Western United have the chance to snatch third from Wellington, with what would be a fifth win from six matches. The three points would add to the 12 from 15 they have gathered in brisk time and make them increasingly the most dangerous proposition for Sydney FC and Melbourne City. 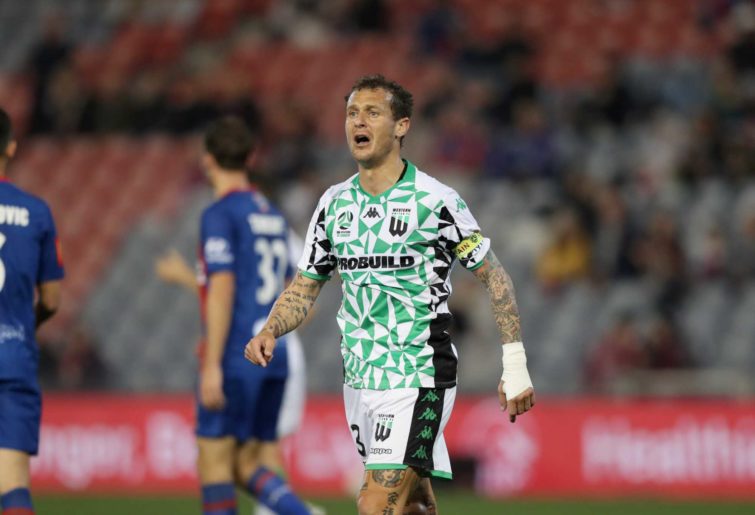 It has been a stunning run for the new boys and even a single point against City will see them slip past Brisbane Roar into fourth place. However, there is still a murmur of uncertainty about whether they do indeed have the credentials to perform the unthinkable and claim a title in their inaugural season.

One would think that should they conquer City, along with recent victories against Sydney FC and Perth Glory, that all doubt would be removed.

In reality, they should then be statistical favourites based on form.

Brisbane Roar may well lay claim to second favouritism, despite the kerfuffle developing in regards to Robbie Fowler’s departure. The men in orange have not been winning comprehensively, nor have they been losing; picking up points against Sydney FC and Wellington in their last two matches.

Brisbane don’t score too many, yet neither do their opponents and that may well be a perfect formula for sudden-death football.

And that leaves Perth Glory, another team living a rather inconsistent and problematic return to play. Without Diego Castro, they have at times looked rudderless and with recent wins against lowly Central Coast and Western Sydney, their form does not make much of a claim at the championship.

Wellington, Adelaide, Melbourne Victory and Western United have all taken the full compliment of points against Tony Popovic’s men and if not for the similarly questionable form of others above them on the ladder, they could well appear as also-rans in the upcoming series.

Instead, I guess they are as good a chance as any.

It is undoubtedly the most even and unpredictable finals series in memory, all thanks to a virus that continues to bubble away in Australia.

So where would a sensible person invest a lazy $20 for the upcoming A-League finals series? Should season-long form guide and Sydney or City deserve favouritism? Perhaps the prudent move is the more solid play of Brisbane Roar or the undoubted talent of Perth and Wellington?

Or perhaps we all should wake up to ourselves and realise that Western United are the form team and the one most likely to take possession of a heavy toilet seat in the very near future.