The Blues are challenging for a spot in the eight but may miss it by a whisker.

They have had their chances too, having lost games that seemed winnable mainly due to their inability to stop oppositions who get a run on.

Under David Teague, Carlton are conceding large swings, losing control of games they may have otherwise had in their hands.

Carlton led West Coast by 19 points before the Eagles banged on six in a row, and the Blues had a five-goal-to-zero start against the Hawks before losing that too.

The issue may be a result of their injury list – for the second straight year, the Blues’ medical room has been full, with many injuries occurring mid-game.

In Round 1, ruckman Matthew Kreuzer went off inside the first five minutes and hasn’t been seen since, while Round 2 saw defender Nic Newman ruled out for the rest of the season in the first quarter as well.

Jack Silvagni was injured inside five minutes of the Round 4 clash against Essendon and hasn’t played since, Mitch McGovern hurt his hamstring before halftime against Port Adelaide in Round 8 and is still dealing with that, David Cuningham hurt his calf against Hawthorn and didn’t feature in the second half, while Jack Martin also tweaked his calf during the second quarter of the loss to West Coast. 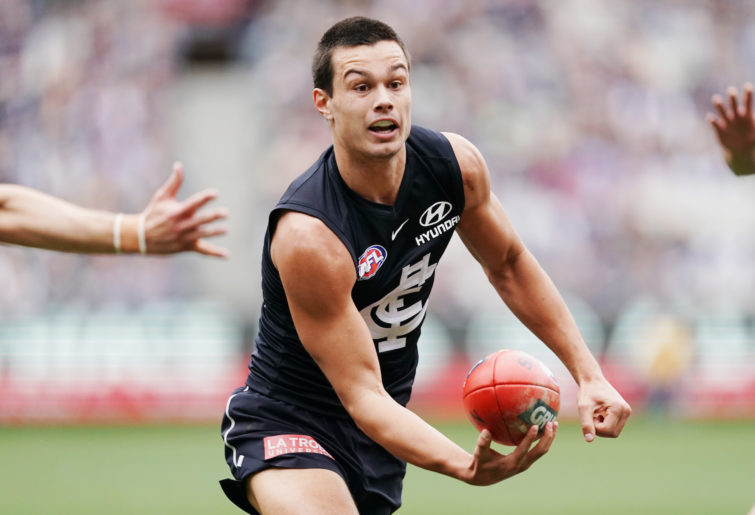 Added to that list is Zac Fisher, who has played just two games this year, Harry McKay’s three missed games, while Caleb Marchbank, Paddy Dow, and Charlie Curnow haven’t been sighted this year.

The Blues have had their share of downed soldiers, as most teams have in 2020, but Carlton’s issues have affected key players.

The Blues could do more to slow down the momentum of games when opposition sides start to get ahold of them, but when such crucial men are missing, it can leave too much for too few to do.

What’s more, they don’t have many players in their prime, with a list based on extremities. That will change as their youth develops but until then these run-ons may continue.

The Blues have the easiest draw on the run home, so a finals spot is there for the taking, but their injury list may play a pivotal role.