History of Brisbane Rugby League: Endings and beginnings (1987 and beyond)

Despite the 1980s producing possibly the highest concentration of great players in Brisbane Rugby League history, clubs struggled to pay players and fight off advances from NSW.

Wynnum-Manly owned probably the best roster in Brisbane and one of the best in the country but had drowned in debt, with only three of their eight Queensland stars left with the club by 1987.

Redcliffe had funds but still couldn’t buy themselves a premiership, Souths had lost their stars to Canberra and had only one player left from their 1985 premiership side.

Brothers had surged but with a roster destined to be gouged apart by St George and finances under pressure, the club was headed for oblivion.

The QRL created the Winfield State League in ’82 to bring in teams from around the state and rejuvenate the competition but it had not gained significant traction with either fans or sponsors.

A first attempt to create a Brisbane side to join the NSWRL in 1986 failed to gain favour with the QRL in a narrow vote, but when a further raft of players left the competition for Sydney at the end of that year, it became obvious the existing situation was untenable.

So in 1987, the QRL voted to allow a side to join the NSWRL, although surprisingly the ‘establishment’ ticket led by Senator Ron McAullife (the driving force behind State of Origin) was beaten to the punch by Barry Maranta and Paul ‘Porky’ Morgan.

The Brisbane Broncos were born.

Almost every remaining high-profile player in the city was snapped up by the new franchise. Wally Lewis was the inaugural captain, but the more significant signing in hindsight was the coach.

Wayne Bennett brought experience in the Sydney competition, where he had just co-coached Canberra to a grand final, but he had also coached Brisbane Souths to premiership glory against the might of Lewis’ Wynnum-Manly.

Maybe most importantly, the club signed a baby-faced halfback from Ipswich, fresh from his breakout Origin debut the year before.

In Alfie Langer, Bennett found someone to build the club around.

Meanwhile, the last rights of the BRL as a top-flight competition were being played out. The ’87 grand final saw Brothers take on Redcliffe in one last hurrah at Lang Park. The Brethren were a formidable team, ready to make their mark in Sydney and after weathering a torrid first 20 minutes, they were never troubled in putting away the Dolphins, whose search for that elusive second premiership continued.

But first Wynnum-Manly signed off on their golden era with a fourth consecutive State League title, defeating Redcliffe yet again. By the end of the season, distractions and a lack of depth saw them easily finished off by the Dolphins in the minor semi-final.

Norths had their best season in some time on the back of veteran international forwards Paul McCabe and Greg Dowling, but lost to Brothers (after leading by 10 with 20 minutes to go) and then Redcliffe to go out in straight sets.

In the grand final, Brothers survived an initial onslaught from the Dolphins’ international front row before running their opponents ragged.

Coached by Brisbane legend Ross Strudwick, Brothers had many players on the rise that became good first graders in Sydney, including Mark Coyne, Peter Gill and Tony Rhea. Eleven of the starting 13 were signed to NSWRL clubs for 1988 and Brothers had entered receivership.

New beginnings – 1998 and beyond
The BRL’s time as a premier competition was over, but from the ashes, piece by painful piece, the State League and BRL were restructured by 1996 to form the Queensland Cup.

25 years later, the competition now boasts teams from the Tweed all the way to Port Moresby and has become a source of quality footballers for the National Rugby League through its feeder team arrangements.

It is also a source of pleasure to many who yearn for the days when rugby league was simpler and you could meet your idols pulling beers at the leagues club.

Some of the clubs can trace their origins right back to the early years of rugby league (Souths-Logan to 1909), while others provide an identity for regional centres throughout the state (although not Toowoomba anymore, which I find incredible given its rich rugby league history).

The Chook Pen at Wynnum Manly can still get pretty intense, especially when they play their Bayside rivals, the Redcliffe Dolphins. The North Queensland sides show the same talent and passion as their Cowboy cousins.

Out at Ipswich, the Walker brothers for one shining season in 2015 proved that a radical new (but actually very old) way of playing could win a premiership, and they also defeated Newcastle to win the NRL State Championship.

The Northern Pride also won the State Championships the year before, but we are in the midst of a four year streak for the southerners, although the Burleigh Bears came within four points of the Canterbury Bulldogs in 2019.

Playing out of Pizzey Park (one of the great names for a sports ground), a Burleigh team has developed that was nearly as well-coached and organised as the most southern team in the NRL. And by inviting in the men from Port Moresby, the QCup became the third international club competition in rugby league.

Those PNG boys can play too, as evidenced by their grand final victory in 2017. 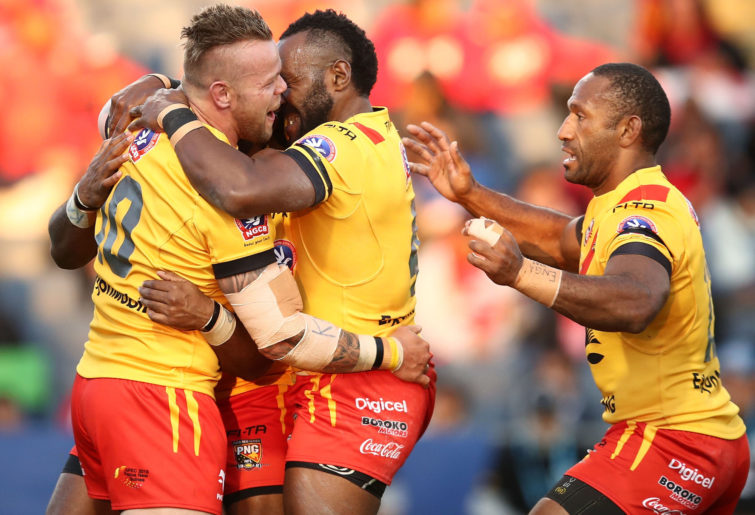 Team of the BRL – 1909 to 1987
Please note that this is not necessarily the greatest players to have played in the competition, otherwise Clive Churchill would be the fullback. So there are Australian Hall of Fame players and even an Immortal who miss out on this team, because they spent more of their career either in Sydney or Queensland Country.

Next time I will finish off with brief biographies of every club who ever played in the BRL.