Here we go then, Super Rugby Aotearoa has been run and won, and now Super Rugby AU takes centre stage for the next five weekends.

Three rounds before the second vs third playoff and as it stands right now, there is just four points – one win – between the Brumbies in first and the Rebels in fourth.

The Rebels could have taken top spot with a win in Brisbane last weekend, but instead finished two spots lower than they started the weekend.

But with a bye this weekend, all they can do is watch. Best-case scenario for the Rebels is for the Force to the topple the Reds, and for the Brumbies to win and push back out a bit further on top.

That way, at least the Reds and Waratahs in second and third are within arm’s reach for the remaining rounds – rounds in which those team both have byes.

It really feels like things are setting up nicely for the run to the playoffs.

I’ve never been to Brisbane. I am not completely sure it exists.

Several Roar legends (Rugby Tragic and other lessers) tell me it is a real place, in the deep north, on the Brisbane line, near the edge of the world.

The Gold Coast sounds lovely, if a bit gaudy. I imagine there is a redness to the gold. I’ll go Red. The Force look spent; weary.

I have been to Sydney. It seemed real.

It was busier than I expected, with taller buildings, and the Bridge and Opera House seemed smaller than envisioned. This is the same with the Waratah backs and pack. But they’ll have enough energy — Will O’the Wisp at 10 – to finally stop the powerful Brumbies.

Sure thing: Brett will dig his Canberra hole deeper.

My only concern this week is how the Reds handle a measly six-day break after that titanic defensive effort against the Rebels. Unfortunately, the Force don’t quite have the quality to take full advantage of that. The Great Wall of Queensland should see the Reds home once again.

The Brumbies are at home, have had a week off and will want to prove their last-start capitulation was nothing more than an aberration.

The Waratahs have been in good form and have proven themselves capable of challenging the competition favourites once already this season, but this match looks to be a stretch too far.

Sure thing: the Brumbies to prove just how completely and utterly absurd the idea of cutting them is.

Harry and my deadlock was broken, but just one week later he wants me back. This is what I love about rugby, the camaraderie!

There’s a different way to reach the same conclusion as everyone else this round: which teams have the most to lose by losing this weekend?

The Force have absolutely zero to lose against Queensland, so they can play with a bit of freedom this weekend and the final two rounds to come, too. But the same certainly isn’t true of their opponents. After such a massive defensive effort last weekend to win with a bonus point, a loss to the Force would represent a whole lot more than four missed points.

All their hard work last weekend would be undone in a heartbeat, and that will be a pretty strong motivator.

The same is true of the Brumbies. The Tahs have plenty to gain, but if they lose a sixth straight game to the Brumbies, they won’t really lose a lot. The Brumbies, however, with a loss would surrender top spot with a Reds win, and would then leave themselves in a situation where they need to win both remaining games to get it back again.

Conversely, an ACT win will edge them that much closer to nailing home advantage for the playoffs.

Sure thing: maybe the first genuine feeling of anxiety among Brumbies fans in this domestic season. All of a sudden, what seemed locked down is up in the air again. Who plays 10? Who plays in the second row? Who starts up front? We find out later this morning. 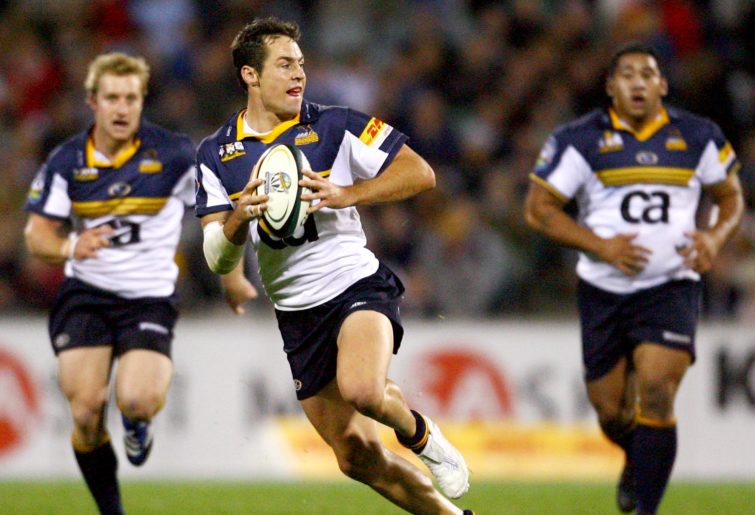 So we bring all our focus to the Australian equation of Super Rugby after a disappointing end of the New Zealand variety (for two reasons) which I will leave to the imagination.

The Reds are at home away from home and I do wonder about their consistency, but they will be good enough to win this weekend.

The team coming off the bye seems to hit the ground running so I will back the Ponies in after having had to stew over a poor last outing – plus I am unconvinced the Waratahs have learnt to keep producing performances.

Sure thing: with some head scratchers over selection for the North-South game causing debate, surely the top gong for strangest would be Mitch Hunt representing his fleeting start-off career for the North Island.

A perfect round can be viewed in two ways: hitting all matches or hitting none. Having said that, last week was my perfect round.

There are no excuses for my impending wooden spoon, since my fellow panellists and the crowd have adjusted to this new Super Rugby format much better than me.

The Reds should take their game by virtue of the quality of players in their ranks.

For their part, the Brumbies should improve a lot and look for other ways to reach the in-goal apart from the line and maul against a rejuvenated Waratahs, who are looking to finish with a better image than they started the year.

Sure thing: Not so sure this edition of Super Rugby will finish, at least with an audience in the stadiums. 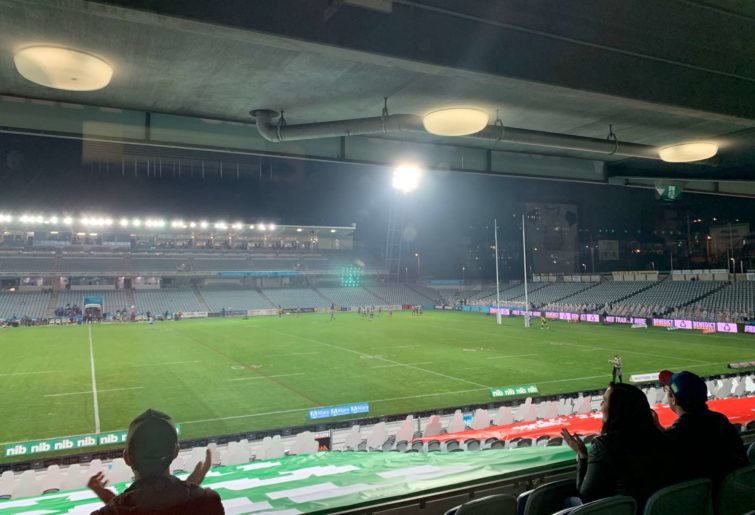 Obviously, last week was a tough pill to swallow. To have everything fall into my lap, the only person to tip rugby’s surest bet, the Crusaders, then have that taken away was cruel.

Why couldn’t they have cancelled the Force vs Waratahs match instead?

That’s the trouble when you get into ‘Hail Mary’ position. The big guy might hear you once, but he’s not going to help out with every crazy pick. And he certainly wasn’t cutting Isi Naisarani much slack, either.

This week offers no chance to make up lost ground. Despite acquitting themselves well, the Force lack the class and depth to get over the tackled-out Reds. And the Waratahs, also having exceeded most expectations, aren’t as good as the Brumbies.

Sure thing: his pink package having attracted the interest of eligible (and ineligible) women all around Australia, watch out for Rebels prop Cabous Eloff to be announced as TV’s new ‘Bachelor’.