Carlton coach David Teague has finally seen it – a complete performance from his AFL team.

Teague reckons Friday night’s 33-point hammering of Gold Coast in Darwin may just set a new benchmark for the Blues.

“They played for their mates and they supprorted each other really well.

“So, yeah, it could have been our best team performance in terms of overall evenness.

“We have had a couple of good ones but that is who we want to be.”

The Blues kept the Suns scoreless until midway into the second quarter en route to their sixth season win.

Teague’s outfit now sit ninth, trailing eighth-placed Melbourne only by percentage ahead of further matches this round. 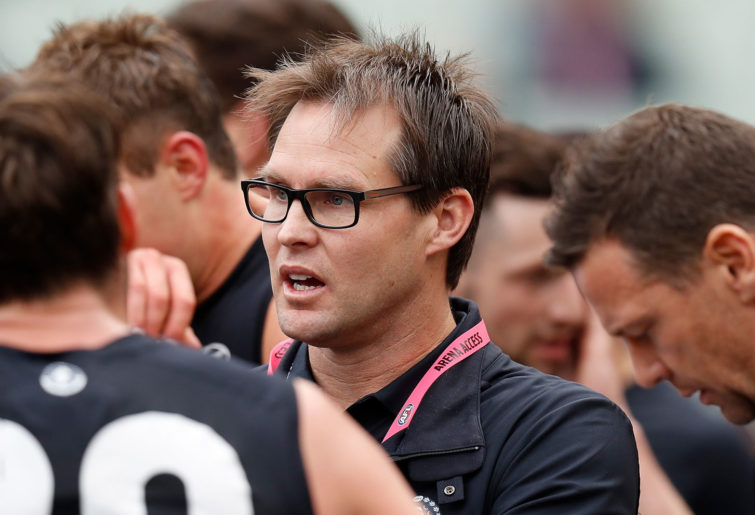 But Teague won’t countenance talk of making the finals just yet.

“But we feel each game we’re going to go out there to win. We feel we’re capable to beat anyone if we play our way, so that is our aim.

“We have got 22 guys who go out there with a job to do and when we do that we feel we will win most games.”

And the Blues had the most dominant forward on the ground with Harry McKay taking eight marks in the sweaty conditions.

McKay marred his fine display with errant kicking – he finished with two goals and four behinds – but his powerhouse showing impressed.

“His ability to get separation on his opponent, he is obviously super quick,” Teague said.

“And he got some really good looks. I thought it was the best we have probably kicked to our forwards.”