Tim Tszyu’s demolition of Jeff Horn was hinted at by the bookies, but no one saw this coming. Such was the nature of the fight that any casual observer would have been forgiven for thinking Tszyu was the former world champion and higher-ranked boxer, and Horn the young up-and-comer with still a thing or two to learn about what it takes to compete at this level.

Instead, it was the 25-year-old whose composed ringcraft was far too much for his more experienced, decorated opponent. Announcer James O’Shea said in the post-fight formalities that, at the end of the eighth, referee Phil Austin called to an end the “contest”, but it was anything but.

For all the outrage about one of the judges being too close to the Tszyu camp – and it was a shoddy look, no doubt – only the most one-eyed Horn fan would have given the Queenslander even a single round of this fight. If you were being kind, maybe the first was even enough to split (but it really wasn’t).

Better fitness and footwork meant Tszyu was able to fight enough of the bout from a distance, something which was always going to advantage him. But even when Austin, who refereed excellently, wasn’t so prompt in pulling the contestants apart, Tszyu managed to dominate on the inside as well as out. 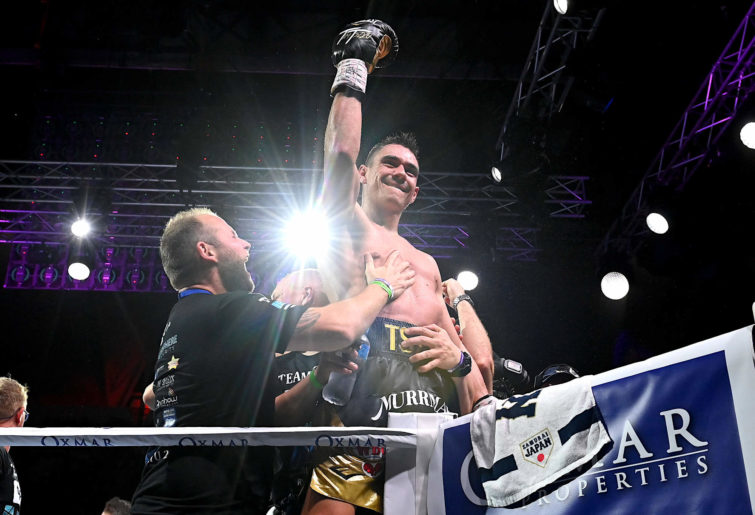 His left-right combination was lethal all night, and while Horn’s face wasn’t the battered, bloody, butchered mess we’ve almost come to expect, his torso was all-too conspicuously covered in red welts as he left the ring. You didn’t need to see a cut above the eye to know he had taken some serious punishment.

Hopefully, he’s taken his last punch. The 32-year-old has been the spark Australian boxing needed in recent times, but it’s now abundantly clear his time in the ring is up. Not that you’d expect Glenn Rushton to admit as much.

The trainer provided the one sour, even downright bitter, note last night, doing everything he could to send Horn back for a ninth round of punishment when it was plain for everyone to see that his fighter was spent. It was embarrassing.

After encouraging him to keep charging forward even when Tszyu was picking him off at will, and saying one of his punches was landing – from memory he was referring to the right hook, but it doesn’t really matter given none of Horn’s punches found their range – questions should be asked of Rushton.

No one can deny he played an important role in guiding his charge to the pinnacle of world boxing, but equally his naive instructions – Jeff Fenech called Rushton an idiot before the fight, and his commentary last night suggested that opinion has only further deteriorated – have recently done Horn no favours.

The former world champ is as brave and tough as they come. He doesn’t need a brave corner. He needs his corner to protect him, and his trainer showed only the barest inclination of doing that in Townsville. Indeed, it was the other cornermen who seemed to properly instigate the stoppage.

Rushton asking “do you want to give us another minute?” even after Horn admitted he didn’t have a punch left in him was irresponsible, dangerous and downright amateurish.

For Horn himself, there’s no shame at all in walking away now. He’s been the undisputed no.1 name in Australian boxing for three years, but now he’s been dethroned by a much younger – and seriously impressive – fighter. 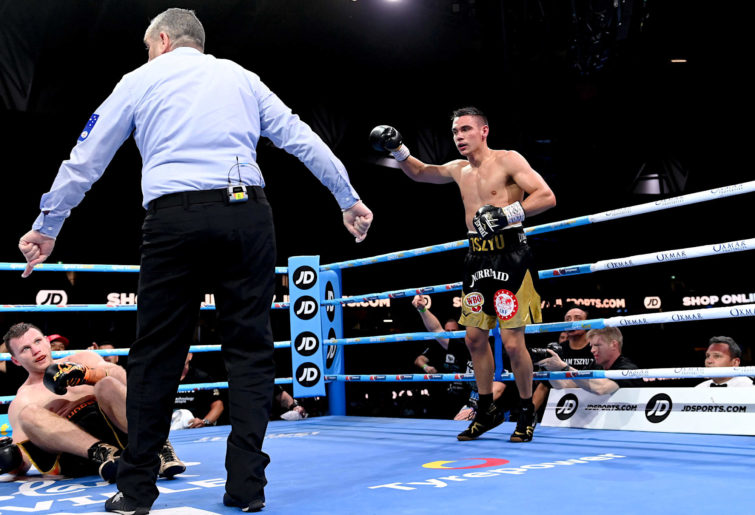 What comes next for Tszyu? Given how much he improved last night since his previous fight against Jack Brubaker, a match-up against current super welterweight world champ Patrick Teixeira wouldn’t be beyond him. The Brazilian’s camp already reached out to Tszyu late last year about a potential world championship bout.

The coronavirus could spoil those ideas, at least in the short-term, and Tszyu needs to keep fighting in the meantime. His power increases each time he steps into the ring, but he’s still lacking the punch, a real killer weapon which would have ended Horn after three or four rounds instead of eight. A contest with Michael Zerafa could be a nice in-between event, although based on last night’s evidence that would only go one way.

In fact, if Tszyu continues on his current trajectory, there won’t be too many fighters on the planet he’s incapable of dominating.

He told everyone last night to call him Tim, not “Kostya’s son”. If Tszyu the younger keeps this up, maybe we’ll have to start calling Kostya “Tim’s father”.

The streak continues. Israel Adesanya was at his devastating best at UFC 253, putting on a masterclass to obliterate Paulo Costa with a second-round KO. Adesanya’s easy win sees him retain the middleweight title, and has already been hailed as one of the best performances in the octagon ever.