The Roar's AFL expert tips and predictions: Round 14 and (some of) Round 15

A perfectly good score of seven last week for me wasn’t enough, with Liam Salter’s eight seeing him close the gap atop the leaderboard to just one point. Marnie Cohen’s seven allowed her to keep pace, but with six points to make up over five rounds, she needs to get a wriggle on.

Like the last footy festival, we’ll stick to publishing on a Thursday, so this week we’ll do all of Round 14 and the first three matches of Round 15 before next week we do the rest of Round 15 and all of Round 16.

Nothing like a 4:40pm Thursday night clash between two sides out of the top eight to kick off another festival of footy. It’s not 1986 – or 2004 – so I’m not too fussed about Essendon versus Hawthorn, although a strong showing from the Bombers last week makes me confident they’ll knock off their old rivals here.

The Tigers have battled over the last three weeks, but I’ll back the wheel to turn once again as they pick up two more wins this week – a narrow win in a classic against West Coast and a fairly routine triumph over Fremantle.

Geelong will need to have their wits about them against the Western Bulldogs – they’ve struggled against them away from Kardinia Park in recent years – but they too should bounce back from a somewhat ho-hum effort against Adelaide last week and continue to press their top-two claims.

I’ll go against the grain of my fellow tipsters – as well as my own predictions from earlier this week – and pick Greater Western Sydney to get themselves back on the winners list against the Dockers. They controlled the game against the Eagles for long stretches last week, and while I don’t think they can make the finals, they can scrounge together four points here.

I do reckon Melbourne have what it takes to go on a run and get themselves back into the top eight by season’s end, but they’ll make things harder for themselves with another loss to St Kilda here.

As for the match of the round, Carlton’s impressive effort against the Suns and a longer break has me also going back on a Tuesday prediction and tipping the Blues to give their finals chances a massive boost against the Magpies.

Other matches should see Gold Coast snap their winless run with a win over North, Hawthorn should keep Adelaide winless, and the Eagles will recover from their loss to Richmond with an easy win over the Bombers.

As much as it pains me to do it, the Shoe-In of the Week this week just has to be the Sydney Swans sans Dame Rampe getting clobbered by Charlie Dixon and the Power.

Our second footy marathon has arrived and I think I’m more excited this time around. Now that we (roughly) know where each club sits and how the finals series is shaping up, it seems less exhausting as there aren’t as many games we need to seriously concentrate on.

It feels like the top five are the real contenders in 2020 and the three other teams who play finals – anyone from sixth to 12th, I suppose – will just make up the numbers.

Let’s start with West Coast, who look like the most dangerous side in the competition at the moment. They’ve won eight straight games, six of them at home in Perth. It was pretty difficult to see them losing any games in front of a home crowd, but now they’re back in Queensland and have some work to do if they want to host any home finals.

At this stage you wouldn’t tip against them despite their inconsistent start to Queensland hub life the first time around. I think they have a real opportunity to make a statement tonight if they can get over the top of Richmond. Of the two sides, they’re playing much better football and will claim victory.

The only side that came within ten points of West Coast during their six-game stint at home was Geelong, who look just as threatening. You wouldn’t be tipping against them in a hurry either, especially with the form Tom Hawkins is in – he’s single-handedly preparing them for another finals campaign.

Then there are the ladder leaders who left it up to their kids to produce the goods at Adelaide Oval last weekend. Seriously, if Port are sitting on top of the ladder now with their youth constantly stepping up and taking responsibility, they could be in for a very bright and exciting decade ahead. It helps that Charlie Dixon is fit and firing – his form this season has been delightful to watch.

Speaking of exciting key forwards, this afternoon Joe Daniher will make his very long-awaited return to the Essendon line-up. It’s great that he’s finally able to get on the park again after struggling with injury. Here’s hoping he can stay fit and stay out there.

But of all the big games and best news to come from Round 14, the very best has been saved for Crows fans. Adelaide have a bye this round, giving their fans a stress and sadness-free nine-day break.

And we’re into Footy Festival: The Second. Plenty of football to be played between now and Round 18, with much to be decided.

Let’s start with the easy ones – I say that as if there are any ‘easy’ tips in football anymore. Really, only one tip stands out to me over the coming week as a definite: Port should comfortably beat Sydney on Saturday.

I’m backing the favourites in a few more: Essendon should beat the Hawks tonight, while they’ll swap in Round 15 week as Essendon lose to the Eagles and the Hawks secure a win over the hapless Adelaide. Also, expect to see the Tigers beat Freo in next Wednesday’s clash.

Both the Dockers and the Tigers have challenging clashes in Round 14, though. The reigning premiers face West Coast in a mammoth clash tonight. The Eagles have the longest active running streak in the competition, but this clash is the return to the Queensland hub for them, a locale they were poor within earlier this season.

The Tigers have had a controversial week, and it’s genuinely hard to split these two despite Richmond having a better run-up with a longer break and no travel. Flip a coin. I’ll go for the Eagles. 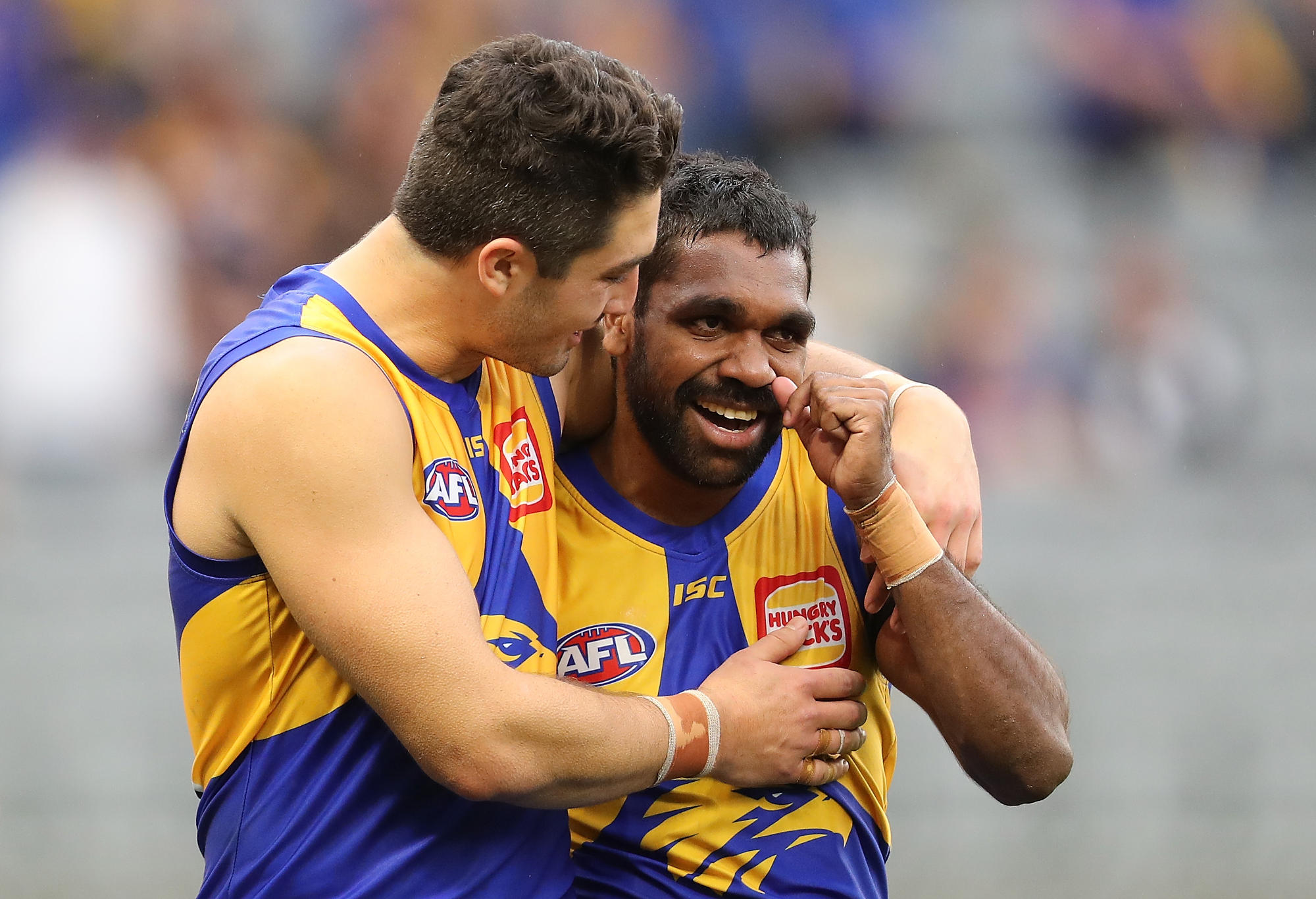 Freo have the chance to just about ruin the Giants’ finals chances on Saturday, and in what is a relatively risky tip, I’m backing them to do so.

Our Friday night offering is the Doggies taking on the Cats – in Queensland, naturally. The Bulldogs will look to make it two in a row after last week’s win over the Demons, but the Cats are close to the most in-form team in the competition. The Doggies’ win last week emphasised how good they could be, but they’re only just clinging into the eight and need to bank the wins from here. I don’t think they will beat the Cats, though.

The round’s last three games all hold intrigue. The Demons, who flopped badly last weekend when they were rising in everyone’s estimations, play the Saints on Saturday, and I expect the Saints to further solidify their top-eight spot with a win here. I just can’t trust the Dees.

Two rivals in Carlton and Collingwood play the next day in a crucial clash for both sides. A loss and either team’s finals chances get harder. Win and stay alive another day.

The Pies didn’t show a lot last week, and the Blues are definitely in better form. Carlton, I’m trusting you here. Expect them to win. Finally, expect to see the Suns secure a win over North to close out the round.

Note: Like before, you’ll notice below that you’re only able to enter your tips for Round 14’s matches. Don’t fret – you don’t need to put your tips in for Round 15 until Tuesday. Check back on this article on then for an updated list or click on this link to head to our AFL tipping hub and get your tips in early.