2020 US Open: Draw analysis and predictions

The men’s and women’s singles draws for the 2020 US Open have been released, and despite the absence of so many star players due to travel concerns relating to the COVID-19 pandemic, there are still some matches that will be worth watching later on in this tournament.

As always, we start on the men’s side of things, where Novak Djokovic and Dominic Thiem are the top two seeds and, as is convention, are kept apart until the championship match.

Djokovic will begin his bid for a fourth US Open title against Damir Dzumhur, after which he could face former Australian Open semi-finalist Kyle Edmund in the second round.

The first seed he is projected to face is 28th seed Jan-Lennard Struff in the third round, and then American marathon man John Isner in the last 16.

Isner, twice a quarter-finalist at Flushing Meadows, is up against compatriot Steve Johnson in his first match, and could find himself lined up against 2017 semi-finalist Pablo Carreno Busta in the third round.

All going well, Djokovic is projected to face sixth seed David Goffin in the quarter-finals. Goffin is up against the towering Reilly Opelka in the first round with Canadian 12th seed Denis Shapovalov looming as his potential fourth-round opponent.

The second quarter is anchored by fourth seed Stefanos Tsitsipas, who will begin his US Open campaign with a potentially tricky clash against Albert Ramos Vinolas. He is projected to strike 27th seed Borna Coric in the third round, and then 13th seed Cristian Garin in the fourth round.

His projected quarter-final opponent is fifth seed Alexander Zverev, who also faces a tricky first round opponent in the form of 2017 finalist Kevin Anderson, who is unseeded this year.

Former top ten player Jack Sock, who has a protected ranking this year, is also in this section of the draw and he could face either Zverev or Anderson in the third round.

Moving down to the bottom half of the draw now, and third seed and last year’s beaten finalist, Daniil Medvedev, is the leading name in the third quarter of the draw.

He will start against Argentina’s Federico Delbonis but could then face a tricky pre-quarter-final obstacle in 14th seed Grigor Dimitrov, in what would be a rematch of their semi-final duel last year. 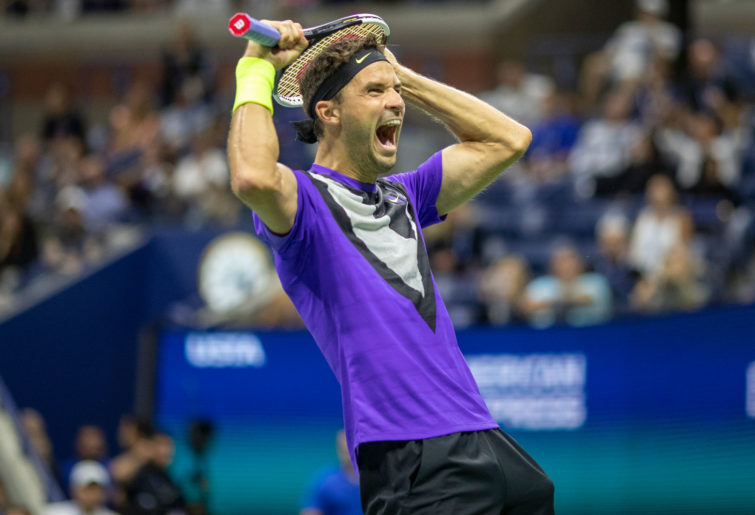 The next highest ranked players in this quarter of the draw are sixth seed and last year’s semi-finalist Matteo Berrettini, who starts against Japan’s Go Soeda, and tenth seed Andrey Rublev, a quarter-finalist in 2017 who begins against France’s Jeremy Chardy.

At the bottom of the draw, second seed Dominic Thiem starts against Spain’s Jaume Munar, and after that faces a very arduous draw, striking 31st seed and 2014 winner Marin Cilic in the third round, and possibly 2012 champion Andy Murray in the round of 16.

Murray, who is unseeded, faces Yoshihito Nishioka in his first match, and could then face Canada’s Felix Auger-Aliassime in his second match, and countryman Dan Evans in the third.

Eighth seed Roberto Bautista Agut is the second highest seed in the bottom quarter of the draw, but the Spaniard could face a tricky third-round clash against former Wimbledon finalist Milos Raonic, who is seeded 25th, in the third round.

Australian 21st seed Alex de Minaur is also in this section of the draw and he could strike Russian 11th seed Karen Khachanov in the third round, possibly for the right to face either Bautista Agut or Raonic in the last 16.

Without any major upsets, the quarter-finals onwards are projected to look like this:

Now to the women’s side of things, and the top two seeds, Karolina Pliskova and Sofia Kenin, have been kept apart until the championship match, with former champions Naomi Osaka and Serena Williams assigned to those respective halves of the draw.

This also means that Pliskova will not have to face Williams until the final. Williams is shooting for a record-equalling 24th major singles title but hasn’t saluted anywhere since the 2017 Australian Open.

The Czech right-hander will start against little-known Ukrainian Anhelina Kalinina in the first round, but could then strike trouble in her next match against former top ten Frenchwoman Caroline Garcia.

Another formidable opponent could block her path to the quarter-finals, with 2016 champion Angelique Kerber set to await in the last 16.

Kerber, who starts against Australia’s Ajla Tomljanovic, also faces a tricky opponent in the third round, where she is likely to face American 13th seed Alison Riske.

The second highest seed in the top quarter of the draw is eighth-seeded Croat Petra Martic, who starts against Tereza Martincova in the first round and could face former French Open finalist Marketa Vondrousova in the last 16.

Fourth seed and 2018 winner Naomi Osaka anchors the second quarter of the draw. She starts off against compatriot Misaki Doi in the first round and will face some tricky opponents on her path to the quarter-finals.

The 22-year-old could face Anastasija Sevastova, a semi-finalist in 2018, and 14th seed Anett Kontaveit in the last 16.

Osaka is in the same quarter as sixth seed and two-time Wimbledon champion Petra Kvitova, who starts against Romania’s Irina-Camelia Begu and is drawn to face 11th seed Kazakh Elena Rybakina in the fourth round.

Should Osaka and Kvitova face off in the quarter-finals, then it will be a repeat of the 2019 Australian Open final, which was won on that occasion by the Japanese player. 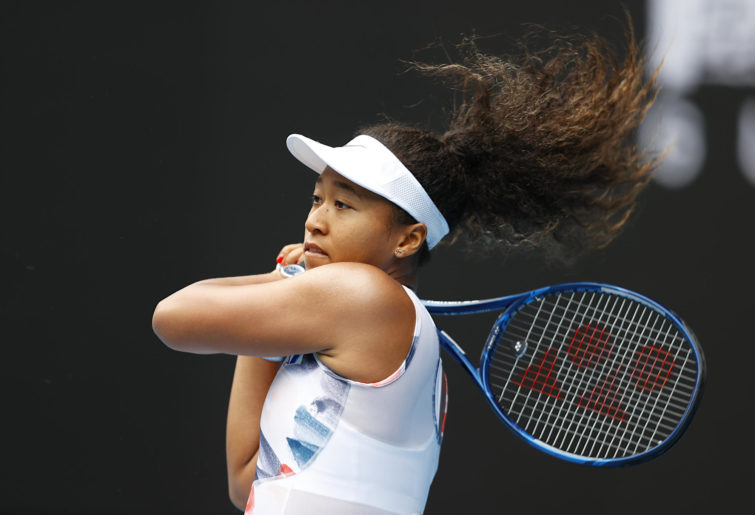 Turning the page over now, where third seed Serena Williams is the name to watch out for in the third quarter of the draw.

The American could face 26th seed and 2017 champion Sloane Stephens in the third round, and either Greek 15th seed Maria Sakkari, who recently upset the 38-year-old at the Western and Southern Open this week, or teenage sensation Amanda Anisimova, who turns 19 on Monday, in the fourth round.

Sakkari and Anisimova are up against Stefanie Voegele and Viktoriya Tomova in their respective first-round matches. All going well, they may face each other in the third round.

Keys, the seventh seed, starts against Timea Babos in the first round and shouldn’t be troubled until the fourth round, where she is likely to face tenth seed and two-time major champion Garbine Muguruza.

Muguruza, who has not yet reached the quarter-finals at Flushing Meadows, starts against Japan’s Nao Hibino and is projected to face 18th seed Donna Vekic in the third round.

Further down the draw, we could be treated to an all-Belarusian affair in the second round, with fifth seed Aryna Sabalenka and two-times US Open runner-up Victoria Azarenka slated to meet, given they beat Oceane Dodin and Barbara Haas in their respective opening matches.

The two met in last year’s first round, in which Sabalenka came from a set down to oust her older counterpart, who has struggled for consistency since becoming a mother nearly four years ago.

Whichever of the two reaches the fourth round is likely to face either Johanna Konta, who is seeded ninth, or 40-year-old former champion Venus Williams.

Konta starts against compatriot Heather Watson and is likely to strike Venus in the third round. She lost to her in the semi-finals at Wimbledon in 2017.

Down at the bottom of the draw, second seed and reigning Australian Open champion Sofia Kenin faces a very tough two opening matches. After opening against 2009 semi-finalist Yanina Wickmayer, the 21-year-old could then face 2010 finalist Vera Zvonareva in the second round.

If that wasn’t enough, Kenin could then face three-time champion Kim Clijsters in the fourth round. The legendary Belgian starts against 21st seed Ekaterina Alexandrova and could then face compatriot Elise Mertens in the third round.

But should Kenin emerge through her quarter unscathed, then either of Venus Williams, Aryna Sabalenka or Johanna Konta could await in the quarter-finals.

Without any major upsets, the quarter-finals onwards are projected to look like this.

Lewis Hamilton now holds the record for most wins in Formula One outright, having taken his 92nd career win in Portimao.