On Saturday 4 September 2000, the 96,249 at the Melbourne Cricket Ground witnessed James Hird become the second player to secure the triple: a Brownlow, a premiership and a Norm Smith Medal.

It was an achievement only Greg Williams had accomplished before him.

After being the best side in the competition for the best part of two seasons, the Bombers claimed victory over Melbourne, 19.21 (135) to 11.9 (75), with the Essendon skipper winning the Norm Smith Medal for best afield.

In the lead up, it was highly publicised that Hird would have a Melbourne player accompany him to every blade of MCG grass he went to over the day.

But it didn’t matter, as the 1996 Brownlow Medallist rose to the occasion to take Essendon to the equal number of premierships as old foe Carlton.

Hird begun the match out of the goal square with the arm of 22-year-old Alistair Nicholson across him.

With star full forward Matthew Lloyd being such a potent force during the year, kicking over 100 goals, the decision from Bombers coach Kevin Sheedy surprised many.

However, it proved a masterstroke from Sheedy as Hird played one of the great grand finals in history. 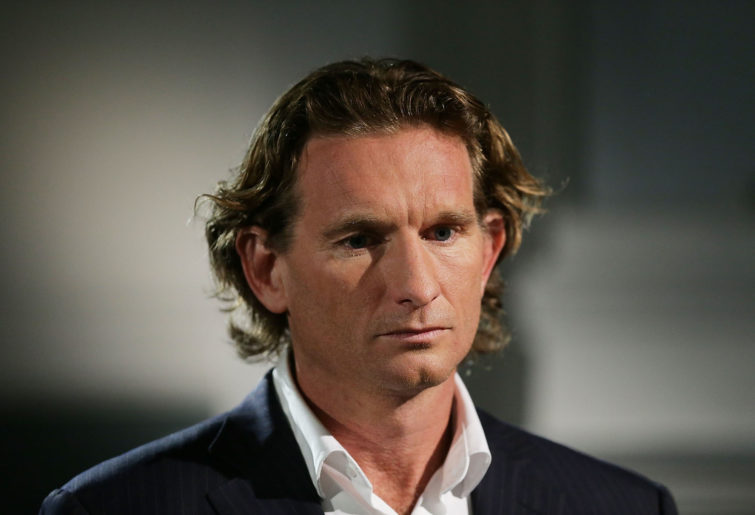 The decision from Sheedy was one that has pioneered modern AFL. Despite having the most commanding forward in the competition, he put his star midfielder out of the goal square and created a difficult proposition for Demons coach Neale Daniher.

Since the play from Sheedy, the AFL’s best midfielders have shaken their tag by taking them to the goal square to get the perfect one-on-one opportunity.

After simply dominating the afternoon, the great Lou Richards awarded Hird with the Norm Smith Medal and slapped a kiss on either cheek of the Bombers champion – a moment the red-and-black army will never forget.

Hird finished with 29 disposals. Twenty-four of those were kicks. He also collected two goals, ten inside 50s and six clearances.