Undoubtedly the biggest highlight to come out of Day 2 of the 2020 US Open was the fighting comeback by Andy Murray.

The Scot, who has dropped out of the world’s top 100 after battling injuries for much of the past three years, appeared dead and buried when he trailed two-sets-to-love in his first-round match against Japan’s Yoshihito Nishioka.

The 33-year-old trailed by a break in the third set but managed to win it in a tiebreak, and then fought off a match point at 6-5 in the fourth before claiming that set, also in a tiebreak, to force a one-set shootout.

He then coughed up a break in the final set but pulled off one final miracle to win the final set 6-4, completing his first comeback from two sets down at a Major since the 2016 French Open in four hours and 38 minutes.

It had been his first Grand Slam singles match since last year’s Australian Open, where he lost a five-set epic against Spaniard Roberto Bautista Agut in the first round, after which many feared that he would retire from professional tennis for good.

But Murray, who has won three Major titles and two Olympic gold medals, doesn’t give up easily and for him to still be playing today, given all the injury troubles he has endured in the past three years, is a major victory in itself. 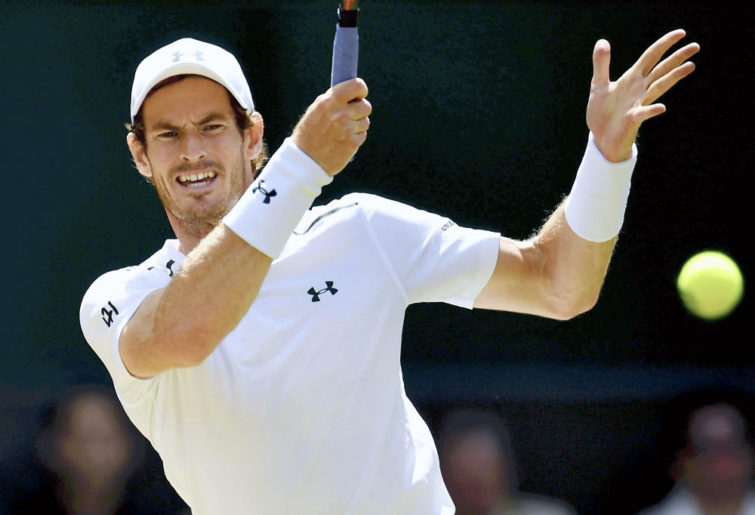 The trio join Cameron Norrie and Kyle Edmund in the second round, the pair having won the previous day.

Still in the men’s draw, Norwegian 30th seed Casper Ruud was also forced to come from two sets down, doing so against Mackenzie McDonald, who entered the draw via a protected ranking.

In the women’s draw, the ageless Serena Williams recorded her 102nd match win at the US Open after taking care of compatriot Kristie Ahn in straight sets.

The 23-times Major champion is now just one win away from a potential third round showdown against compatriot Sloane Stephens, after the 2017 champion defeated Mihaela Buzarnescu in straight sets.

Reigning Australian Open champion Sofia Kenin was barely made to sweat in her opening match, taking care of 2009 semi-finalist Yanina Wickmayer with a straight-sets victory.

Fifth seed Aryna Sabalenka defeated France’s Oceane Dodin to line up a clash against compatriot Victoria Azarenka, who defeated Barbara Haas for the loss of just three games, in what will be the sequel to their epic first-round clash from last year.

The 2016 finalists, Angelique Kerber and Karolina Pliskova, will headline action on Louis Armstrong Stadium on either side of German fifth seed Alexander Zverev facing another American wildcard, Brandon Nakashima.