Brisbane – on the verge of history – were going for four successive premierships, an accomplishment achieved by only Collingwood between 1927-1930.

Port Adelaide were striving for that elusive flag after finishing on top of the ladder for the third straight season without tasting success.

The game was notorious for its clashes, specifically, the brawl between Alastair Lynch and Shane Wakelin in the opening term. While Lynch was playing his last game, the incident resulted in the Lions full-forward departing the competition with a ten-week suspension.

In a day filled with headlines, none were more impressive than the dashing Byron Pickett.

After Port Adelaide kicked the first three majors of the match, Jason Akermanis kicked the next two and threatened to derail the Power.

But it was the time for Pickett to get his match-winning performance started, as he wrestled momentum back through a beautiful stoppage goal in red time of the first term.

Despite Pickett’s two running goals and all the ascendency in the opening half, Brisbane refused to give away the match, with some Akermanis brilliance leveling the scores and Tim Notting stealing the lead late.

As the lead swung for either team, Pickett’s third major from beyond 50 to level the scores in the premiership quarter begun the avalanche for the Power – who kicked nine of the next 11 goals of the match.

While the majority of the players were out on their feet in the final term, Pickett continued to glide across the hallowed turf of the Melbourne Cricket Ground with Sherrin in hand, guiding the Power to its maiden premiership after eight years in the competition.

The Power had several players worthy of winning best afield; Kane Cornes in his role on the reigning winner Simon Black was phenomenal, keeping the superstar to just 15 touches, while the veteran, Gavin Wanganeen with his four majors was fantastic.

But it was Pickett’s ability to break the lines and impact the match with every possession that made him the appropriate decision for the voting panel.

In a period of football where metres gained weren’t recorded, Pickett would no doubt have broken the odometer in that specific stat in the premiership-winning performance.

The 27-year-old finished with 20 disposals, 19 of which were kicks. Additionally, Pickett had nine inside 50s, slotted his three goals and took a remarkable 11 running bounces. 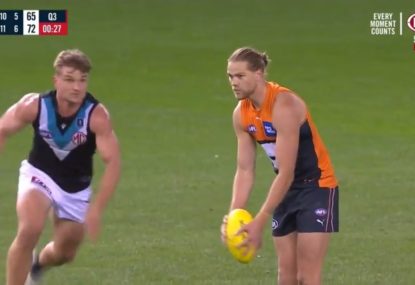 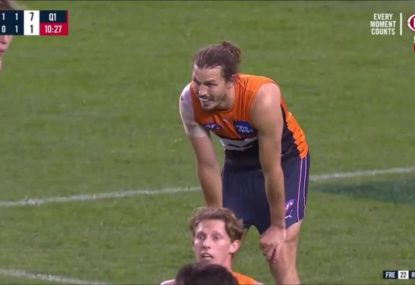 Karl Amon has been Port Adelaide’s most valuable player in season 2021 and should earn his first All Australian jacket. In a year where the club continues to fight hard for a top-four position, placing itself in the best possible spot with games against Collingwood, GWS, Adelaide, Carlton and the Bulldogs to finish the season, […] 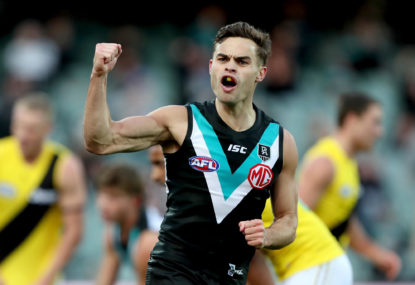 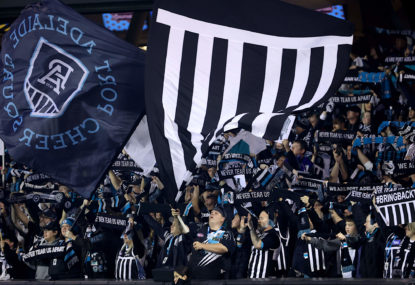