Tweaking benefit of the doubt

The benefit of the doubt (BOTD) is a principle exercised by umpires if they are uncertain about the batsman being out, in such a case the batsman is given favour.

This principle is not explicitly mentioned in the laws of cricket, however, it can be educed from MCC Laws. One such law is the MCC Law 31.6 which states: “(Consultation by umpires) each umpire shall answer appeals on matters within his/her own jurisdiction.

If an umpire is doubtful about any point that the other umpire may have been in a better position to see, he/she shall consult the latter on this point of fact and shall then give the decision. If, after consultation, there is still doubt remaining, the decision shall be not-out.”

The logic behind the law is simple: the batsman has only one chance in the game, whereas the bowler gets multiple shots trying to get the batsman out.

While the introduction of the Decision Review System (DRS) has helped the bowling and batting sides to overcome any obvious umpiring mistakes, the traditional approach of following the BOTD principle is hampering umpires’ abilities to reach a certain conclusion about the fate of the batsman.

This is where I believe that the contemporary technology involvement in the game necessitates umpires’ decision-making algorithm to upgrade and adapt o a more prudent approach rather merely following BOTD principle in ambiguous situations. The implementation of this upgraded version can be examined in case of the following scenarios:

Case 1: the bowler asks the umpire for a caught behind and the umpire is not 100 per cent sure. This might be because the umpire did not hear anything, or there was a chance that the ball might have brushed some body part, or bat hitting the ground at the same time as the ball passed the bat or any other possible case.

Now, in this case, an umpire traditionally follows the BOTD principle.

The upgraded algorithm in this case for the umpire could be to account for the number of reviews left with the batting side. If the batting side has a review left then the umpire’s inclination should be towards the bowler rather than the batsman, as the batter normally has knowledge of his hitting or missing of the bowl can always opt for the review, and ultimately justice will be served.

Case 2: there is an appeal for an LBW, the umpire is sure about the ball trajectory towards the wicket but unsure whether the ball has hit the bat first or the pad first. Again, if the batting side has a review left then the umpire should favour the bowling side and so on.

Nevertheless, in both of the above cases if the batting side does not have any reviews left then the umpire should use the traditional approach.

It might appear that in the above analysis the favour has been towards the bowler but, the recent introduction of batting power plays, fielding restrictions, free hits, flat pitches, small ground, shorter boundaries and bigger bats have all favoured the batter exorbitantly.

So, to keep a fair amount of balance between the batsman and the bowler it is essential to at least serve the bowler justice for his effort and amending of the traditional approaches like BOTD only serving the batters. 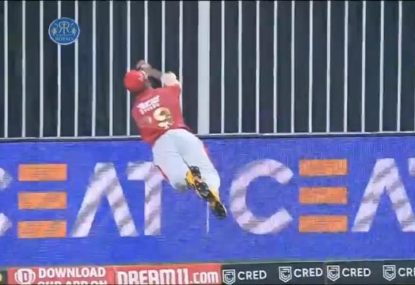