There is universal love and respect for Peter V’landys.

The man Roy and HG refer to as “The Man of Feathers” obtained such appreciation from the rugby league community by simultaneously getting the game played faster than anyone could have predicted, and changing fundamental penalties for infringements.

However, the second point has recently come under fire from fans and commentators.

Stuart Cummings, the current international rugby league match officials’ manager and unofficial king of referees, has been quite taken by the new interpretation. He has indicated in a recent interview with the Chasing Kangaroos podcast (yet to be released) that the set restart in lieu of a ruck penalty would be seriously considered for all international matches. Such an endorsement is glowing to say the least.

So why is there growing unrest for such a widely praised change? It is the application, or rather, the interpretation of the application. Many fans perceive the six again calls as arbitrary.

However, they are not. It may be that fans are finally learning the minute level of detail referees and touch judges need to use to assess every tackle. 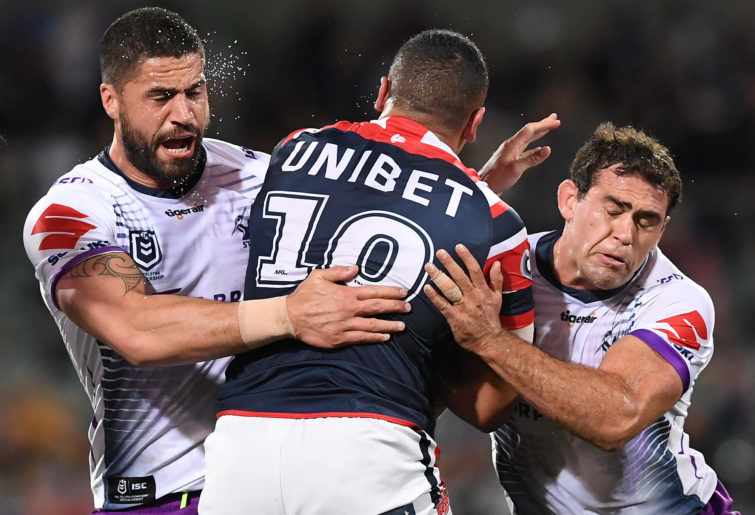 How many types of tackles are there in a game of rugby league? A novice, new to the game, might observe standing tackles and floor tackles. A fan with a longer history might suggest high tackles, low tackles, good tackles and bad ones. A rusted-on fan might also add gang tackles, third-man-in tackles, and so on.

But the student of the game knows there is an answer, a precise number: six.

Don’t be confused, this is not six tackles in a set. There are six identified tackles labelled by the NRL, which a match official must assess, decide and act upon during each tackle. Each of these tackle types has a different set of identifiers, and requires different responses from the referee and players. It is in these details that we find the application of the six again, and it is this detail where fans are getting confused.

The six different types of tackles are neutral tackle, earned-the-right tackle, strong tackle, players loses legs/slips, upright tackle, and surrender tackle. Each of these elicit different vocabulary and timing from the referee.

Each tackle needs to be assessed, communicated, and acted upon before the ball is played. Terms like “Stand now!” are reserved for tackles like surrender tackles, whereas, “Held! Hands off the ball!” are used for upright tackles. It is the players’ reactions to these directions that results in the six again calls.

Doing a refereeing course is easily accessible online, free, and highly encouraged for any other students of the game. Tuning out the commentary on refereeing and focusing on the referee’s vocabulary is another strategy to ensure you are best understanding the game you are watching.

It’s a fascinating perspective to watch a rugby league from, and you may find the application six again much less frustrating.