Parramatta will be without hooker Reed Mahoney for Friday night’s NRL clash with Penrith after he failed a fitness test.

On Thursday morning coach Brad Arthur confirmed Mahoney lacked power while passing the ball and would sit out a week with an AC shoulder joint injury.

In a stroke of luck, Arthur has been sporadically resting Mahoney through games over the past few weeks to blood Ray Stone, and confirmed he would start against the Panthers.

“Ray will start, Will Smith will come on the bench and will give us an option there if Ray needs a breather,” Arthur said.

“We had a plan to give Reedy a bit of rest over the last couple of weeks to make sure he’s fresh come the end of the year.

“We didn’t know this situation was going to arise so it’s worked out ok for us.

“Stoney had a bit of practice there and gained confidence and he got better with longer game time.

“He’s looking forward to the opportunity, teammates love having him in the team because of what he brings. It’s unfortunate for Reedy but it’s an opportunity for Stoney.”

Mahoney left the field in pain in the second half of the Eels’ 24-18 win over the Warriors with fears he could miss several weeks.

However, Arthur said he is likely to be fit to return against Brisbane in round 19 as the Eels push towards their first premiership since 1986.

The loss of Mahoney is a blow to the Eels with plenty at stake between the two western Sydney sides at Panthers Stadium. The Eels handed the Panthers their only loss of the season in round five at Bankwest Stadium which adds spice to the already bitter rivalry.

Parramatta can lock up a top-four spot with a win should Canberra lose this weekend while, on the other hand, a Panthers win would assure them their third minor premiership if Melbourne lose to North Queensland on Sunday. 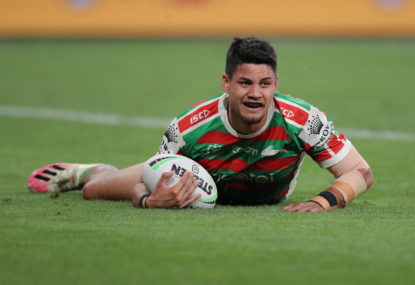 The Parramatta Eels will host the South Sydney Rabbitohs at Bankwest Stadium in Saturday’s blockbuster, do-or-die NRL semi-final. Here is all the information you need to watch the action live. 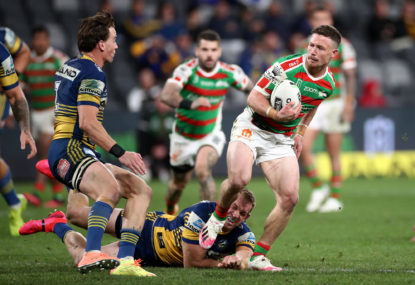 Shattered Parramatta centre Michael Jennings has vowed to clear his name after he was stood down for testing positive to performance-enhancing substances.