1. The race for yellow is heating up
The yellow jersey has been in the hands of four different riders across the first nine stages. UAE Team Emirates’ Alexander Kristoff wore it after winning the first stage before Deceuninck-Quick-Step’s Julian Alaphilippe wore it from Stages 2 to 4. Alaphilippe lost the jersey after Stage 4 after he was penalised 20 seconds for taking a bottle from a helper on the roadside within 20 kilometres of the finish, something the UCI banned for safety reasons.

The battle for the yellow jersey is tight at the top, with only 44 seconds separating first from seventh. The best-placed Australian is Richie Porte in 11th place, one minute and 53 seconds behind the leader. 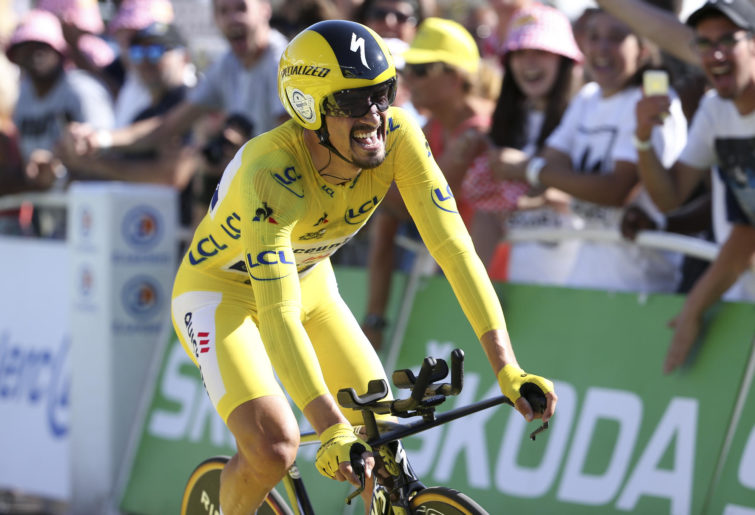 2. The sprint for the green jersey intensifies
Deceuninck-Quick-Step’s Sam Bennett is now wearing the yellow jersey after winning Stage 10. He leads by 21 points over Bora-Hansgrohe’s Peter Sagan. Sagan was leading the green jersey by seven points before Stage 10 but the win for Bennett earnt him another 50 points and the lead.

The jersey, which is awarded to the top 15 finishers of a stage as well as a sprinting checkpoint that is included in each stage, will be interesting viewing in the second and third week. The best-placed Aussie in the green jersey is Lotto Soudal’s Caleb Ewan, who is in sixth place, 91 points behind the leader in Bennett.

3. Crashes are wreaking havoc
In Stage 1 of this year’s Tour de France there were many crashes across the 156-kilometre route. The crashes were caused by a mixture of rain and the pace being too fast, while some suggested the long lay-off also played a part. Yellow jersey hopefuls were included in the crashes, with Groupama-FDJ’s Thibaut Pinot and Deceuninck-Quick-Step’s Julian Alaphilippe crashing in the first stage.

Team Ineos, who tried to retain the yellow jersey, was also involved in the crashes, with one of their key climbers, Pavel Sivakov, falling off twice, landing on his right side in one crash and his left side in the other. The crash left him bloodied and bruised, but he has finished all stages so far.

A truce was formed by the peloton to slow the pace down. Astana Pro Team wanted to pick it up again, but it ended up with their captain, Miguel Angel Lopez, crashing face-first into a traffic sign. Sprinter and Lotto Soudal rider John Degenkolb missed the time cut after Stage 1 due to his injuries from crashes.

4. COVID-19 strikes but the race continues
News was released before Stage 10 that the director of the Tour de France, Christian Prudhomme, has tested positive to coronavirus. The Tour de France released a statement to say that he hadn’t been in contact with anyone inside the race bubble, and he was quarantined for seven days.

This was the third testing campaign since the start of the tour, with the fourth round of testing to start on 14 September.