After a record 250 games in charge, including three grand finals and two premiership triumphs, it’s no surprise Des Hasler is refusing to give up on Manly’s NRL play-off hopes.

Despite the mathematics being well against the Sea Eagles, Hasler still believes in miracles.

“Go Warriors,” the veteran mentor said after Manly climbed to tenth spot on the ladder with a 32-20 comeback win over Canterbury on Friday night.

Victory over the Bulldogs, who he coached to another two grand final appearances, not only all but consigned his old club to the 2020 wooden spoon but also kept alive the Sea Eagles’ slimmest of finals hopes.

Four points adrift of eighth-placed Cronulla in tenth spot, Manly would have to thump both Gold Coast and the Warriors in their last two regular-season games and hope the Sharks suffer heavy defeats in their remaining three matches to scrape in.

But with the Sharks facing the Warriors on Sunday night, then last year’s grand finalists Canberra and the Sydney Roosters, it’s not inconceivable.

Boosting the Sea Eagles’ chances is the likely long-awaited return of superstar fullback Tom Trbojevic from a hamstring injury for next Saturday’s hosting of the Titans at Lottoland.

The former NSW Origin and Test number one hasn’t played since June.

Dylan Walker (foot) and Reuben Garrick (shoulder) could also return, but it’s the potential presence of Trbojevic that most excites Hasler.

“At the end of the day, they’re footballers and they want to play football so it’s not out of the equation.

“So go the Warriors.”

Where there’s life, there’s hope for not only Manly but also the Warriors and the Wests Tigers.

A Warriors loss to the Sharks on Sunday, though, would put paid to all their chances and guarantee Cronulla settle the 2020 top eight.

Daly Cherry-Evans claims Manly have found a way to play without Tom Trbojevic, changing their game plan for when their superstar fullback is out. 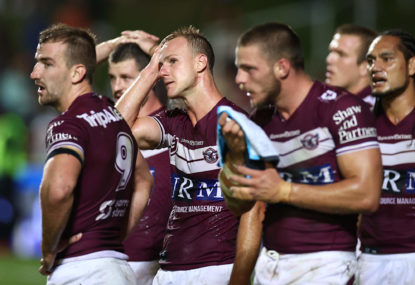 Try of the year contender? Reuben Garrick stuns the Cowboys with length-of-the-field stunner

It summed up a dominant evening for Manly. 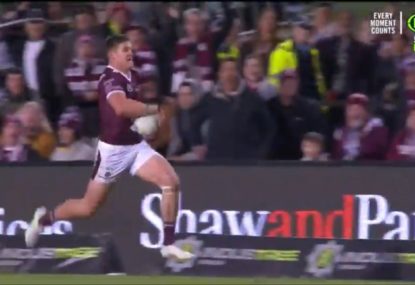 Try of the year contender? Reuben Garrick stuns the Cowboys with length-of-the-field stunner

Can Manly win the premiership?

After an action-packed weekend of footy during this article I will be diving into the Sea Eagles possible chances of winning the premiership plus covering the Brisbane Broncos’ rare win.

Can Manly win the premiership?

On a black-and-white portable TV, with a screen size about one-fifth of today’s flat-screen, pristine, HD gems, the old rabbit-ears aerial pointed strategically towards the highest hill in the area. 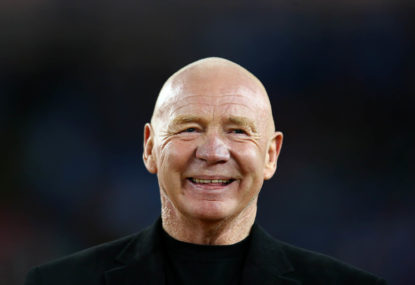