The Austrian could have easily wilted under the scoreboard pressure, but he wouldn’t go down without trying.

After a gruelling four-hour contest, it was only fitting that Alex Zverev and Thiem would settle the championship in a fifth set tiebreaker.

When breaking down the numbers, you can certainly see the moment where the match turned from Zverev’s dominance to Thiem’s perseverance.

Early on, Zverev’s serving was lethal and that was causing some major problems for Thiem. The first set was a breeze for Zverev winning 6-2. The stat that stands out for the German was that he had 16 winners compared to four for Thiem.

He was able to get one back however Zverev held onto take the second set 6-4.

“I was super tight the whole day actually and then in the beginning of the match,” Thiem said after the game referring to the physical and mental barriers he had to overcome.

Zverev was in the driver’s seat even in the third set. He broke Thiem’s serve early and was looking to run away with the championship. However, in the fourth game errors started to creep in and Zverev had two double faults to ultimately get broken back after a couple of deuce sequences. At this point it was 2-2 instead of 3-1 for Zverev.

After the fourth game, both players continued to hold serve. With Zverev looking to serve to even it at 5-5, he faltered massively. two unforced errors and a double fault in the tenth game saw him lose the set to Thiem 6-4.

As a result, Thiem was given life back into this contest and the 23-year-old German star pinpoints that failing to capitalise on his early break was costly. 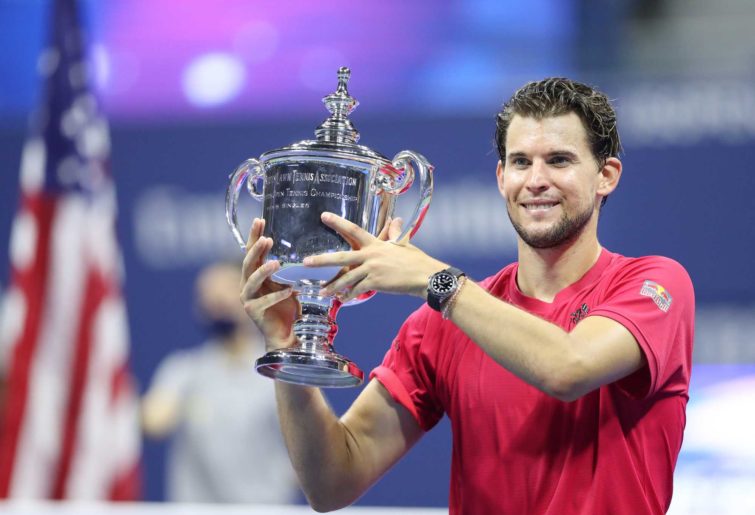 In the fourth set, the tides were turning heavily as Thiem would steamroll through Zverev to win 6-3. Amazingly, Thiem had easy service games throughout the fourth set. Zverev had only won 2/22 receiving points and the German having 12 unforced errors as opposed to two for Thiem was a recipe for disaster.

Thiem was riding on momentum to get him into the fifth set. However, it was simply a battle of grit and survival at this point.

Most notably in the final set, Zverev had the opportunity to serve for the match at 5-3 having broken Thiem late. Thiem would go onto win three straight games until Zverev forced a fifth set tiebreak.

“What upset me most was the fifth set. I had a lot of chances and didn’t use them,” Zverev commented regarding his inability to close out the match.

When we had reached the tiebreak both players were noticeably hurting, cramping, and pushing to the finish line.

Zverev had made many advances towards the net to potentially shorten the points. However, it was Thiem’s work ethic and endurance that got him the crucial points when it was required. He finally pulled off the incredible comeback when he won the tiebreak 8-6 and he can now proudly say he is a Grand Slam champion.

Known initially as a clay specialist, there were a sequence of events which unlocked his beliefs to win a hard-court tournament.

“The end of last year when I won in Beijing and Vienna (ATP events), I realised my game was suiting the hard-courts really well. It also changed my mind that many shots were working great on that surface. It’s not a surprise anymore,” Thiem said

Dominic Thiem will be hoping that these trophies will be more of many to come. He now sets his focus to the French Open where he has been a runner up to Rafael Nadal for two consecutive years. But for now, the Austrian will be relishing this colossal accomplishment.