How an old NBA rule could boost AFL scoring rates

There’s been much discussion recently about the new rules changes in the AFL and the effectiveness they’ve had on our great game.

But deep into the 2020 season, we still see the same old problems. Congestion, rolling mauls, slow play and low scores.

The demands from coaches to play ‘possession is king’ football, doesn’t help the cause, resulting in teams holding onto the ball for an eternity, as they zig zag their way towards their attacking 50.

In the meantime, their opponents transition into defence and set a wall, commonly known as a 16 man flood or zone. AFL in the back half has turned into the A League. But don’t blame the rules!

Back in the 1950s, the NBA went through a similar period of slow play, low scores and frustrated fans. It all started with one game where the ‘underdog’ decided to hold the ball in offence for as long as possible from their much fancied rival.

However, it triggered other teams to use the same tactics, resulting in low scoring games, fans not turning up and franchises eventually folding.

The NBA took a bold, radical decision to speed up the game and give the fans higher scores. They introduced a Shot Clock. And it worked. Scoring rose dramatically.

A Shot Clock in basketball is a clever mechanism to make the offensive team shoot and speed the game up. Once a team gains possession, they have 24 seconds to shoot the ball.

It doesn’t matter if you’re not an NBA fan. The same principles apply. AFL should be a fast moving game with lots of goals. 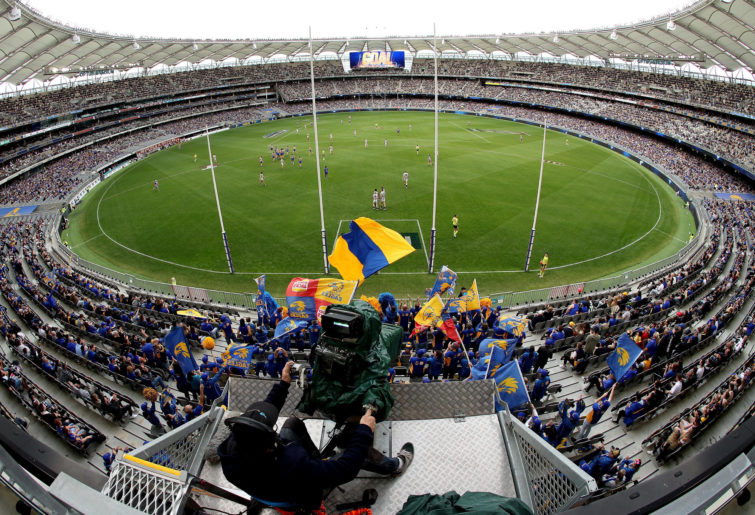 What rule changes could improve the game? (Photo by Paul Kane/Getty Images)

What would happen if we introduced a shot clock, but called it, a Possession Clock? You have 24 or 30 or 36 seconds to get the ball into your 50 metre arc? (Personally, 30 seconds is more than enough)

Put simply, teams have no choice but to move the ball quickly and take risks. This will bring back the unpredictability of our great game – something that has disappeared.

Do we really care about the backs chipping it around to each other, piling up the meaningless stats, as the other team sets up the wall?

If we were to introduce a Possession Clock, the best part is, there’s no rule changes. In fact, the field umpires don’t even get involved. Like the NBA, it’s officiated by an umpire in the stands. There’ll be a Countdown Clock on the scoreboard.

You can’t expect the forwards to zone in the defensive 50, win the ball back, and be a target in 30 seconds for the whole game.

It’ll be physically impossible. The ‘Clock’ will force forwards to stay at home.

The torpedo punt will make a return, because a long bomb may be needed to beat the clock.

The result will be more shots on goal, more chaos ball and teams taking more risks.

So now you have no choice. You have to attack. The clock is ticking!