It borders on irrational, when a nation of 25 million takes on teams and squads of far bigger countries, and has this fighting, winning-at-all-costs attitude.

But if you dig deeper, you would find that even above winning, Australians admire their sporting heroes when, even if they don’t succeed, they give their all in the face of overwhelming opposition – the give their best – average results can be expected and accepted sometimes, but a lack of fight and effort is pilloried and despised.

To the average Australian, watching cycling on television might seem a tad dry, lacking the explosive action of typical ball sports we have grown up on. But to this Melbourne schoolteacher, in the sixth month working full time from home while parenting two young children, the 2020 Tour de France is the most beautiful of escapes.

And in the midst of the beauty of the chateaus and alpine wonderlands, the Couch Peloton are watching an Aussie fighter give his all in the face of rising opposition.

Cycling is this beautiful mix of egotism and selflessness, as you watch highly trained professional athletes willingly sacrifice their own desire to win, for the betterment of their chosen star of the team.

Australia has seen Cadel Evans, who towers above all in our cycling pantheon, feted as the star who won it all in 2011 after years of fighting and toughing it out.

Richie Porte might not be the most well known Australian sports figure, but he’s been the selfless lieutenant – sacrificing himself physically to watch his teammates sweep past and take the glory.

A hugely gifted and personable athlete, who seems from afar to be a quiet but fiercely determined character who is hugely respected in the sport. Then after years of paying his dues, he makes the courageous leap into being the star of a team, only to be beset with horrific luck and heartbreaking injuries.

But as Australian cycling fans, we do love winning but we love trying and battling more – and we are loving seeing Richie break the shackles of past hurt and defeat, and give it hell. 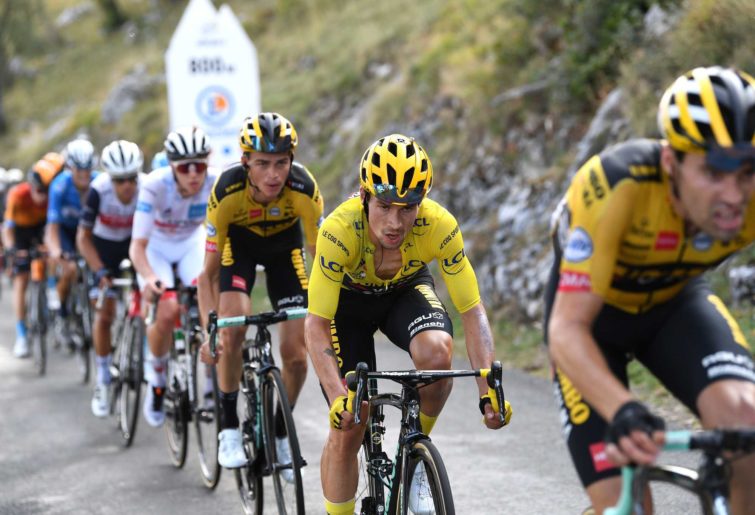 He’s not the most fancied cyclist at Le Tour, but he’s there battling and giving his all – missing the birth of his daughter in the process, and putting the race into perspective – the sooner it’s over, the sooner he can meet his beautiful baby.

And while we would love to see Porte rise against the odds and win it all, you can feel the pride of Aussie cycling fans overflow when we watch him give his all, no matter what the result.

Stage 15 of the Tour was the moment where Porte stepped out of the shadows of his more fancied rivals and started swinging, jumping ahead in the last 200 metres of an 18-kilometre climb in search of a stage victory.

All of us watching in the middle of the night rose with him out of his saddle and started believing that he could give his all, and maybe end up on the podium of the toughest cycling race, possibly the toughest annual sporting event in the world.

And in a sport where luck can change in a single moment, through human or mechanical failure, everything from here, in the third brutal week of Le Tour with thousands of lung-busting metres of climbing in the French Alps ahead, is a bonus.

We’ve watched Richie battle and scrap and counter attack and give it his everything. And maybe, just maybe there’s greatness at the end of this journey for him.

And in the end, this is the Aussie way. And we love him for it. Chapeau!