Eight youngsters to watch out for this IPL

The IPL is less than a week away and the excitement (especially among Indian fans) is getting bigger by the day. Here are eight youngsters (one from each franchise) you should watch out for this season.

Rahul Chahar (Mumbai Indians)
Having turned 21 last month, Rahul Chahar has had a fantastic white-ball career in domestic cricket to date. A leg-spinning all-rounder, Chahar isn’t afraid to toss the ball up and give the ball a big rip. One asset Chahar has over other Indian leg spinners is that he generates a lot more bounce compared to the likes of Kuldeep Yadav and Yuzvendra Chahal. With one Indian T20I cap, Chahar will be hoping that his 2020 IPL form can earn him more Indian caps in the shorter formats.

Ruturaj Gaikwad (Chennai Super Kings)
Gaikwad is one of the two CSK players who contracted COVID-19 recently, and will only be able to rejoin the CSK bubble pending two negative results in the upcoming days. Assuming he does recover in the upcoming days, this season will be a massive season for Gaikwad. With Suresh Raina missing out on IPL 2020, Gaikwad has a golden opportunity to stamp his spot in the CSK XI. With his List A performances earning an India A call-up and a T20 average of 33.72 at a strike rate of 135.31, Gaikwad is one to watch out for this IPL.

Prithvi Shaw (Delhi Capitals)
The youngster from Mumbai has already represented India in Test and ODI cricket at the ripe old age of 20. Consistency has been an issue in his IPL career, but one thing’s for sure: when you watch Shaw play, the crowd will see fireworks throughout his innings. With shades of Virender Sehwag in his stroke play, Delhi fans will be hoping Shaw has a better IPL 2020 compared to his previous IPL seasons. 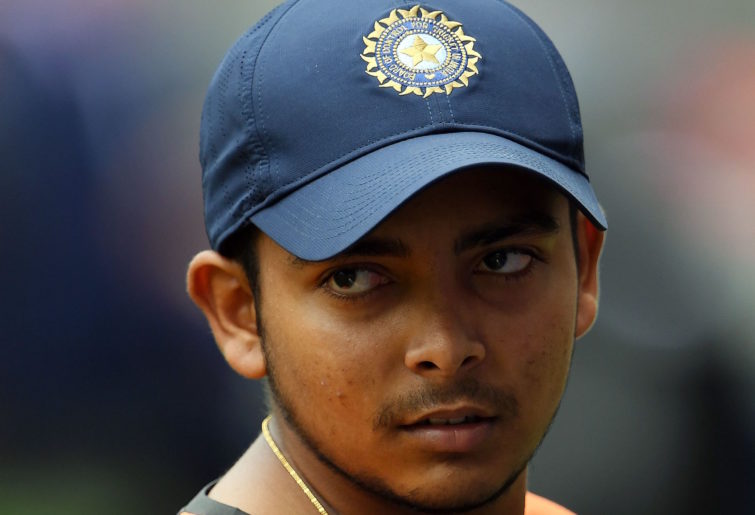 Abhishek Sharma (Sunrisers Hyderabad)
A lower-order batsman who bowls accurate left-arm offies, Abhishek Sharma has shown glimpses of potential in the IPL so far. With a T20 average of 26 and a strike rate of 150-plus, you can see why people are raving about this kid. Sharma will most likely be coming down at number six or seven as a finisher for the Sunrisers. Don’t be surprised to see stadium windows being broken from his sixes. Alongside Mohammad Nabi and Rashid Khan, Sharma will be part of a handy spin trio on the slow UAE wickets.

Shubman Gill (Kolkata Knight Riders)
Among under-23 batsmen across the globe, there is no one anywhere near Shubman Gill’s level. A top-order batsman, Gill has outstanding numbers in each format, and Indian selectors have found themselves heavily criticised for not giving the 21-year-old more chances in Test and ODI cricket to date. Averaging 47.2 as an opener in the IPL, Gill will be opening the batting for KKR this season. Expect nothing less than a 400-run season, and he could potentially be the leading run-scorer this IPL. The sky’s the limit for Gill, and he’ll end up playing all formats for India in the future.

Kartik Tyagi (Rajashthan Royals)
India are slowly starting to produce a generation of express quicks, and Kartik Tyagi is one of the latest additions. In the 2020 Under-19 World Cup, Tyagi made headlines for his express pace rattling Australia in the quarter-final, as his 4-24 ensured India defended a below-par score of 233. Only 18, Tyagi will get the experience of rubbing shoulders with the likes of Steve Smith, Jos Buttler and Jofra Archer. If he can develop a handy slower ball, there’s no reason why Tyagi won’t end up winning the Emerging Player of the Year award this IPL.

Devdutt Padikkal (Royal Challengers Bangalore)
RCB has had a habit of not giving Karnataka youngsters such as Manish Pandey and Mayank Agarwal a long run in the past. Surely they cannot make the same mistake with Devdutt Padikkal. Averaging 59 in List A cricket and 64 in T20 cricket, Padikkal is one hot prospect in Indian cricket. Padikkal will be opening the batting alongside either Aaron Finch or Parthiv Patel when RCB play their first game, and I’m tipping him to have a 300-plus-run season.

Ishan Porel (Kings XI Punjab)
It was a tight tussle between Porel and leg spinner Ravi Bishnoi, but Porel’s numbers in senior cricket pipped me to choose him. The fast bowler from Bengal has brilliant numbers in all three formats and has played for India A in first-class and List A cricket. Sharing a dressing room with Mohammed Shami, Sheldon Cottrell and Chris Jordan will be a brilliant experience for Porel. While he may not be in the team’s playing XI straightaway, expect him to fire up the IPL when he gets chances later into the tournament.