These changes certainly took time to become accustomed to. But is change always a bad thing?

Sure, a Grand Slam without fans is far from ideal, and the absence of a couple of a few players due to the pandemic was unfortunate. However, some members of the tennis fraternity are having trouble getting to grips with a ‘changing of the guard’ in the men’s game.

Roger Federer and Rafael Nadal are global sporting icons – and rightly so. I, for one, would love nothing more than to see these two titans of the game compete against each other once more on the Grand Slam stage.

But this changing of the guard is happening in front of our eyes. It’s time to embrace ‘generation now’ instead of dismissing it.

Dominic Thiem’s US Open victory was richly deserved for the graft that he’s put in – this was his fourth Grand Slam final, proving he can go toe to toe with the very best in the sport.

Thiem has a 5-2 head to head advantage against Federer, has recorded victories against Nadal on clay for four years running and has won four of his last six matches against current world No.1 Novak Djokovic.

Despite this, many tennis fans stated that the win had an ‘asterisk’ next to it – due to the absences of Federer and Nadal, and the default of Djokovic. That it wasn’t a true Grand Slam victory, as he didn’t have to beat a member of the Big 3 to get there.

I’ve got news for those fans – there’ll be plenty more where that came from.

Sure, Djokovic undoubtedly has a few more years to add to his Grand Slam collection, Nadal may have a French Open or two left in him and Federer is still capable of moments of brilliance. However, the trio are unquestionably in the twilight of their careers.

And there is a group of hungry players ready to take over.

Thiem is in the prime of his career, and Daniil Medvedev (24 years old), Stefanos Tsitsipas (22) and Alexander Zverev (23) are all taking giant strides while still early in their careers. Medvedev and Zverev are both Grand Slam finalists, while Tsitsipas and Zverev both have ATP Finals victories to their name.

All three are ready to take the leap and claim a Grand Slam title. 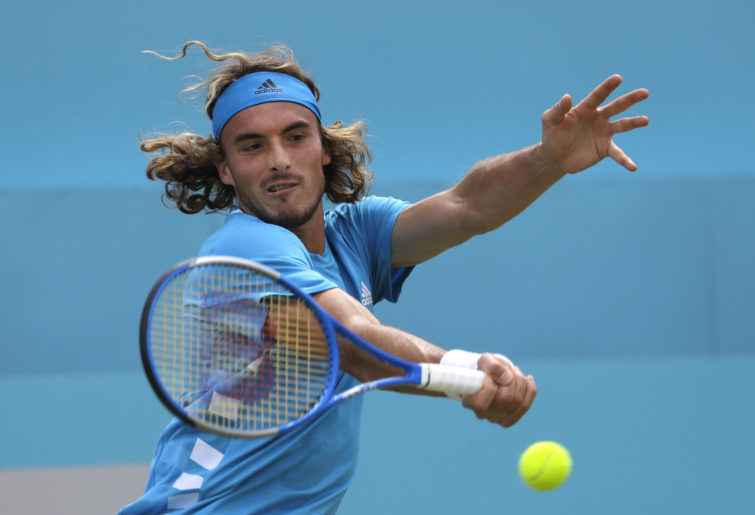 And we haven’t mentioned big-serving Italian Matteo Berrettini (24), Russian pair Andrey Rublev (22) and Karen Khachanov (24) and Canadian duo Denis Shapovalov (21) and Felix Auger-Aliassime (20). These five, while not quite as established, are entrenched in the top 20 at a young age and are poised to keep moving up.

The new brigade brings plenty of personality off the court as well. Thiem is as warm and endearing as they come, Auger-Aliassime has a maturity and level-headedness beyond his years and who could forget Medvedev’s infamous run-in with the US Open crowd last year, as well as his hilarious spat with Tsitsipas in Miami in 2018 (check it out on YouTube if you haven’t seen it)?

These players have often been coined as the ‘next-gen’, thanks to the annual NextGen ATP Finals, held in Milan in November. The tournament showcases the best 21-and-under talent in the men’s game.

But this group of players are more than that. They are generation now – ready to become the faces of tennis for the next decade.

Yes, the Big 3 have brought so much to the sport, and we’ll be forever grateful for that. But if we keep looking to the past instead of focusing on the future, there’ll be so much that we miss out on.

Personally, I found the US Open incredibly exciting – and the crowning of a new men’s Grand Slam champion for the first time in six years was a fitting finale.

It’s time to give generation now the respect and attention they deserve.

So I’ll ask again, is change always a bad thing?