Batting is all about taking risks, especially if players want to score runs.

In white-ball cricket, the emphasis is very much on scoring as many runs as quickly as possible, hence the need for attacking batsmen. It’s quite acceptable for players to take far more risks in these forms of the game, given the short duration of the innings.

Teams will still have players who are considered “steady” white ball batsmen, such as Joe Root and Steve Smith, but all teams want ultra-aggressive players, who are more than happy to take huge risks to score runs.

Glenn Maxwell is the obvious ultra-high risk batsman in the Australian lineup and his efforts in England over the past few weeks typify what we’ve come to expect from him.

A further record he managed in the last ODI was to be the fastest man to 3000 runs against the number of balls he’s faced. In other words, he scores very quickly, which is merely confirmation of something we all knew anyway.

He also scores a lot of runs, something that is all too often forgotten.

His series scores highlight one of the key traits of an ultra-high risk cricketer. As a rule, it’s either boom or bust. When Maxwell’s on song, he can tear any attack to shreds in the space of a few overs.

When he’s not on song, he’s likely to get out cheaply and often get out to shots that cause huge complaint from the media and the public.

He’s often criticized for costing his side games because he lacked patience or played a terrible shot to get out – but he keeps getting picked.

He too has got out to shots that many would describe as appalling. That slash to a wide ball from Mitchell Starc in the third ODI was an example of that.

As mentioned, both of these guys continue to be chosen for their respective nations, despite what appears to be indifferent form or really inconsistent scores. It stands to reason the English and Australian selectors are applying a different set of rules when it comes to their selections.

Why is it then, that the media and the public have such a hard time accepting the type of cricketers that they are?

Ultra-high risk players can create massive moods swings. When they come in to bat, there are huge expectation about what they might do. If they get going, they will play outrageous shots and play these sorts of shots often, keeping the excitement and adrenaline levels sky-high.

The bust is when they get out, often having faced only a few deliveries and when they do, it’s often to a shot best described as forgettable.

This is when that huge expectation turns to deep despair and many start the blame game, suggesting they played irresponsibly. No, they didn’t. They batted exactly the same way as they normally would but simply didn’t execute correctly.

These are the sorts of players who have few concerns for the state of the game. Jason Roy, opening the innings, slapped the first ball then faced straight to backward point. Out for a golden duck.

Glenn Maxwell played a shot best described as a hoick and only managed a top edge to short third man and was out. In real terms, it was a terrible shot given Australia still had to score another 18 runs off 16 balls, but he’d scored 108 off 90 balls and Australia won the match. 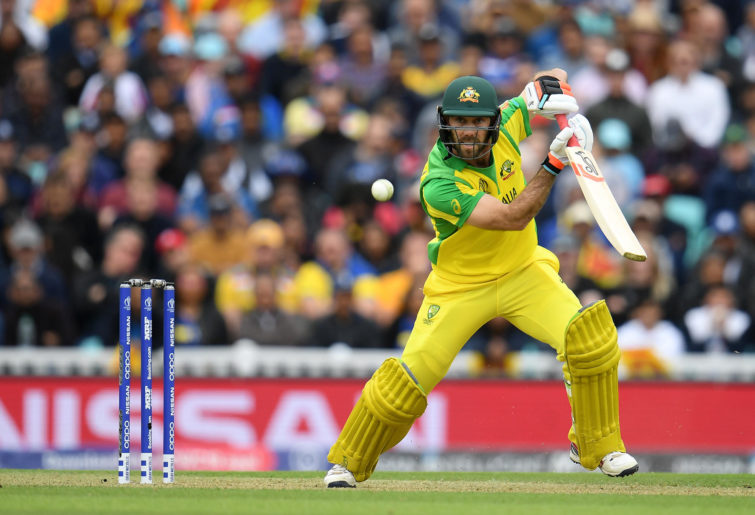 He’d also played another hoick off the third ball he faced and managed to belt Jofra Archer for six. What if that shot had not come off and he was caught? He’d have been out for one and Australia would have most likely lost this match by plenty.

The point is, this is the way these types of players bat. When it comes off, it’s simply wonderful to watch, but when it doesn’t, it’s often very ugly. They’re either being praised as world-beaters or chastised as players who cost their team games.

Should we expected them to change their approach, perhaps become more conservative or play more defensively if the match situation appears to demand it?

That would probably mean a complete change in mindset as well as a thorough examination of their techniques. Both would both be seriously difficult to alter as they are so strongly linked.

In the examples of Maxwell and Roy, they’ve made careers batting with abandon and have built techniques to maximise their ability to hit anything, anywhere, anytime. One only has to look at the Glenn Maxwell “hitters” stance to see this is not a player who is going to be able to defend too often.

Neither player has outstanding first-class numbers, averaging below 40, but each has a strike rate in excess of 70. Again, this suggests they are great at attack but all too often fail. This is not a bad thing, it’s simply the way they play.

It should be far easier for us armchair critics to change our expectations of ultra-high risk players. We need to accept, acknowledge and enjoy the great innings they will create, but not be overly critical of their failures when they occur.

Yes, they will deeply disappoint us from time to time, but the pleasure they often give to us is equally immense.