Sigmund was an integral part of the Wellington Phoenix defence for eight seasons. He played 181 games for the Nix as well as 32 matches for the New Zealand All Whites. My thanks to Sigmund for the opportunity to learn from his insights.

The topic of interest with Sigmund was about defensive tracking, especially in and around the penalty box. The focus was on how players can improve on this task. As well as the situations that happen in matches, we discussed that the events that occur in players’ lives off the field can have profound influences on the ability of players to concentrate on the field.

This principle is very important during this COVID-19 era, when all players are experiencing vastly different surroundings compared to normal times. When the matches below were played, the players were also isolated from their families and friends, their support systems, for much longer than usual.

I asked Sigmund about the provisions made by A-League clubs for the mental well-being of players. The clubs make listening-ear opportunities available to players on an individual basis, but few players accept these chances. It is possible that some players would interpret availing themselves of this service publicly as a sign of personal weakness. Sigmund was especially concerned for the welfare of young players, who receive minimal amounts of guidance. 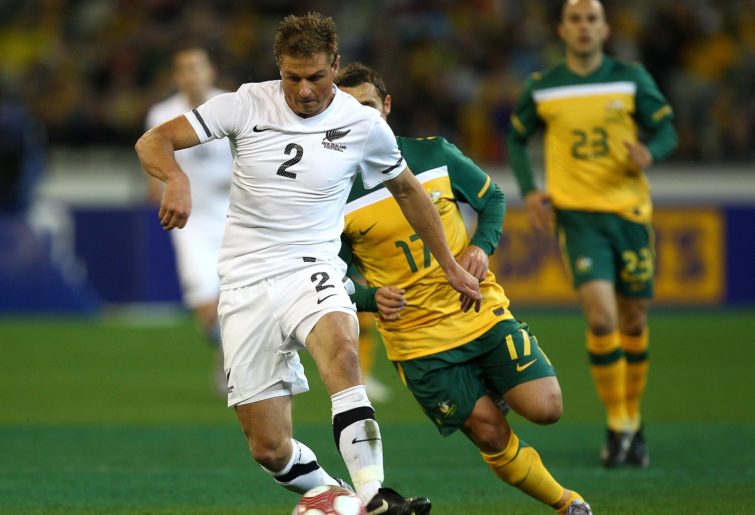 In contrast, Sigmund maintains that professional rugby union players in New Zealand are required to participate in four hours of non-rugby per week. This means using that time to look after personal health and mental well-being. Rugby also tends to value sports psychologists for their regular, scheduled contributions during the season.

In football, psychologists tend to be brought in when things are not going well for the team. This intervention is thought of as a quick fix, as mental aspects of the game are not routinely captured during the week in the regular A-League season.

Reflecting on his career, Sigmund said that maybe he could have relaxed a bit more to reduce tunnel vision. He praised former Nix teammate Daniel Cortez, who demonstrated a relaxed way of playing, which enabled Cortez to have open vision. Cortez scored the first goal in the first game at the start of the Phoenix’s A-League journey.

When Sigmund speaks of tunnel vison it reminds me that players receiving assistance from clubs to achieve a relaxed state of mind could pay great dividends for their teams. Tunnel vision must be happening when players only have eyes for the ball when defending. This means they will miss the runs of the quick goal-poaching strikers who can sprint untracked towards a vulnerable goal.

Sigmund said he always wanted to achieve his best for his fellow players and to perform consistently at the highest levels. At times it was difficult for him not to dwell on mistakes and to focus instead on the many more positives there were to his game.

These issues exist for all players but will be especially confronting to the current crop of A-League players as they contemplate the next season and whatever that may bring. These are difficult times for them as indeed they are for the whole world.

There are psychologists, life coaches and a myriad of other professional helpers who can provide individuals (or groups) with regular and time-tabled interactive help. If this becomes part of the players’ overall training programme, it can provide confidence and motivation, identify strengths and reduce stress.

And yes, this well-being initiative could also improve a defender’s concentration in and around the penalty box.

This is my ball-watching analysis for the final nine matches of the regular season, prior to the finals.

A-League officials have admitted the decision which led to Wellington midfielder Alex Rufer being sent off in the 1-1 draw with Macarthur was wrong, Phoenix boss David Dome says.