Penrith Panthers
The Good: One loss, one draw, 17 wins. An unprecedented run of form, which has delivered the club their first minor premiership since 2003.

The Bad: Jack Hetherington, who decided to spend part of his time on loan to the Warriors bringing back the biff.

The Ugly: Nathan Cleary’s early season TikTok adventure and subsequent lies to the NRL integrity commission. His great form during the season seems to have allowed his supporters to put this in the past.

Melbourne Storm
The Good: Watching Craig Bellamy’s non-stop entertaining performance in the coaching box. I would love to have the option to hear the audio and watch him on a split screen.

The Ugly: Nelson Asofa-Solomona when he had the blond hair. What was that about? And who was going to ask that question to his face?

Cronulla Sharks
The Good: The plan to offload Matt Moylan to another club before next season.

The Bad: Bronson Xerri’s positive drug test and subsequent ban, which could destroy his promising career. If any club doesn’t need a drug scandal, it’s the Sharks. 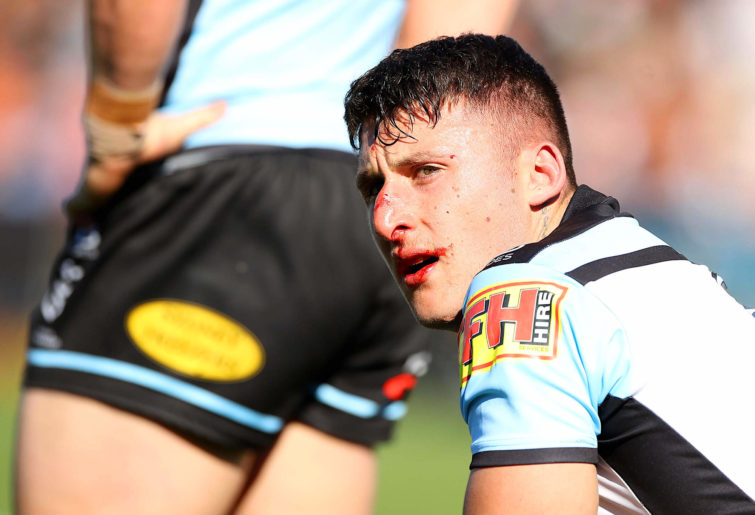 The Ugly: Chad Townsend’s ridiculous shoulder charge on Kalyn Ponga in their Round 17 clash, which saw him being sent from the field.

Newcastle Knights
The Good: The emergence of the 19-year-old Bradman Best, who looks to be headed for superstardom.

The Bad: The curse of the hookers, which saw almost anyone putting the number nine on their back being badly injured.

The Ugly: The early medical retirement of Tim Glasby at the age of 31 due to the effects of concussion. He deserved better than this.

South Sydney Rabbitohs
The Good: The development of Latrell Mitchell in the new position of fullback. Many people didn’t believe he could make the transition but his fullback play was improving week by week until his Round 16 season-ending injury.

The Bad: Latrell Mitchell’s Round 16 season-ending injury, which virtually ended any chance of Souths taking out the premiership this year.

The Ugly: Latrell Mitchell’s ill fated boys weekend during the COVID lockdown period, including some breaches of the NSW gun laws.

Parramatta Eels
The Good: Clint Gutherson – 80 minutes of every game. I wonder where Parramatta would be without him this year?

The Bad: The poor form of Mitchell Moses, which may ultimately bring the Eels’ premiership aspirations to an early end. He’s nowhere near the player he was late last year and earlier this year.

The Ugly: The destructive running of Maika Sivo. James Tedesco will still be having nightmares of his attempted tackle on the Fijian projectile in Round 6.

Canberra Raiders
The Good: The career-best form of Josh Papalii, who may just provide the difference in the big games ahead. On his day he is easily the most destructive front-rower in the game.

The Bad: The Curtis Scott Australia Day debacle when too much alcohol placed both his personal freedom and his NRL career in jeopardy. Fortunately for Scott, the police charges were thrown out of court.

The Ugly: The horrific facial injuries suffered by Iosia Soliola in the Round 8 clash against St George Illawarra. Remarkably, it looks like he will be able to take the field again, perhaps even this year.

The Bad: The season-ending injury to Victor Radley, which not only robbed the game of a great competitor, but opened the door for the return of Sonny Bill Williams.

The Ugly: The series of head knocks and concussions suffered by Boyd Cordner during the season. One more concussion might put him out for both the finals and State of Origin. 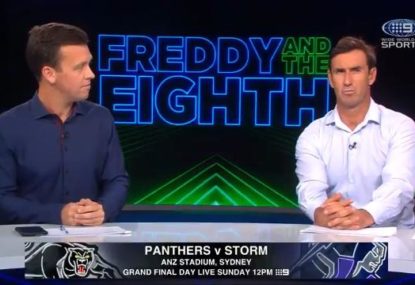 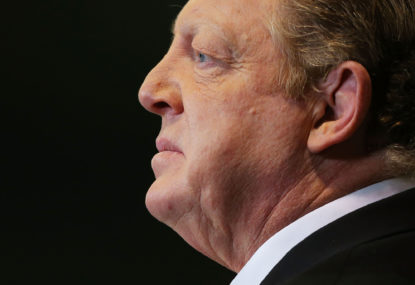