Now the Nuggets have just come off an impressive Game 3 victory against the Lakers, winning by eight points. This came two days after losing on the buzzer when Anthony Davis hit the game-winning three-pointer. Realistically it’s not hard to believe that the Nuggets should be the team leading the series.

Jamal Murray was the difference in Game 3, recording an impressive stat line, leading the Nuggets with 28 points, 12 assists and eight rebounds along with two dagger threes to seal the game for his squad.

It’s not the first time Murray has put up a monster game for the Nuggets this post-season, having put in numerous superstar performances, leading many to ask whether he should now be considered in the superstar conversation. 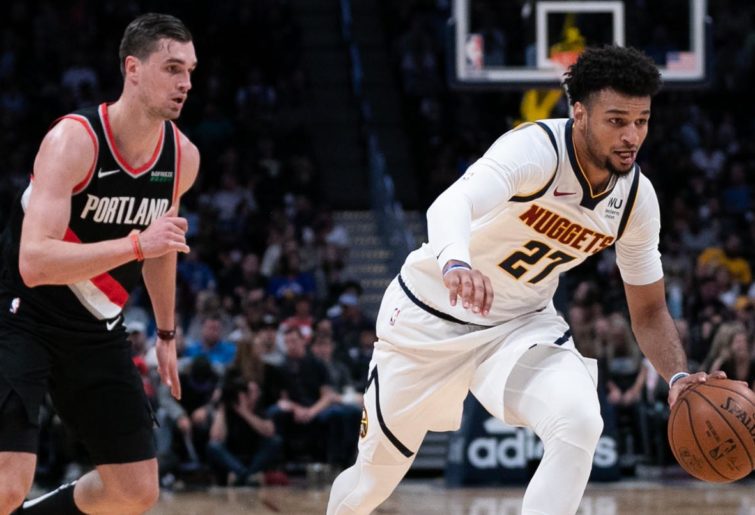 His superstar teammate Nikola Jokic and Denver head coach Mike Malone believe Murray is a bonafide superstar and has proven it throughout his time playing in the bubble.

When asked about Murray, Jokic stated, “I really truly believe he’s a superstar,” he said, per the Denver Post. Malone also chimed in, stating that “Last year, we knew what we were getting from Nikola, but what kind of game would Jamal have. That’s no longer the case”.

Coach Malone also added to his praise of Murray, stating that, “We [Denver] have two superstars in Nikola and Jamal”.

While Murray’s regular-season statistics do not add to the superstar argument, as he averaged only 18.5 points per gme and 4.8 assists per game, his play-off statistics and killer instincts in the clutch have made the case for the floor general to be considered for superstar status, as he has averaged 26.6 points per game and 6.1 assists per game while shooting 50 per cent from the field. He battled Donovan Mitchell in a historic series, where both men had multiple 50-point games as Murray won the battle with Denver breaking a 3-1 deficit due to impressive play from both Murray and Jokic.

His dominance continued in the series against the Clippers, where he and Jokic once again led the team to another brilliant comeback. Jokic added to his praise saying he believed “he’s built for the big shots”.

The Canadian point guard has played his best basketball when the Nuggets have faced elimination, averaging over 32.7 points per game and shooting at an incredible 54.8 field goal percentage when his squad has had their backs against the wall.

Superstar players need to be able to play through adversity and lead their team to victory, even when the task seems impossible. Murray has managed to do this in two separate play-off series against two strong opponents in the Utah Jazz and the Los Angeles Clippers.

If Murray’s level of play continues and he manages to lead the Nuggets past the Lakers and into their first-ever appearance in the NBA finals, the small doubt still present must be put to rest about Murray’s superstar status.

For now we are witnessing greatness from this Canadian star, and with him as their leader the future looks bright for the Denver Nuggets.